2NE1 To Give A Final Farewell With New Last Song

2NE1 To Give A Final Farewell With New Last Song

In November 2016, YG Entertainment announced 2NE1’s official disbandment, putting entire Kpop world into shock. However what is more shocking is that on January 5th the company stated,

“The members of 2NE1 were sad that they weren’t able to say final good byes to their fans after their sudden disbandment, so they’ve come together for the last song. 2NE1 was much loved, not just in Korea, but all around the world, and they will we saying their official last goodbyes through their upcoming song”. 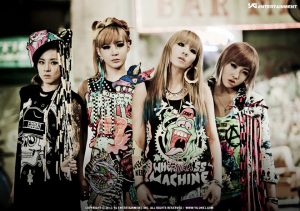 Remaining members, Park Bom, Dara and CL already have finished recording the song and also filming the music video. Isn’t it amazing, that we all will get to hear these girls’ voices together for a one last time?

Blackjacks, what do you think about 2NE1’s disbandment and last song? Let us know in the comments section below.