It’s official Blackjacks, 2NE1 are preparing for a goodbye in their last ever release. It was reported by YG Entertainment on January 5th that the group will release a final track for fans. The group stated that they were sad they couldn’t say a proper goodbye to fans after the announcement of their disbandment, so this song is both a goodbye and thank you to their fans.

Uploaded to the YG Family official Facebook page, the first teaser image of their last release was revealed. It shows a blurry silhouette of who appears to be CL, with Minzy and Park Bom in focus being projected on a wall behind her. Check out the photo below: 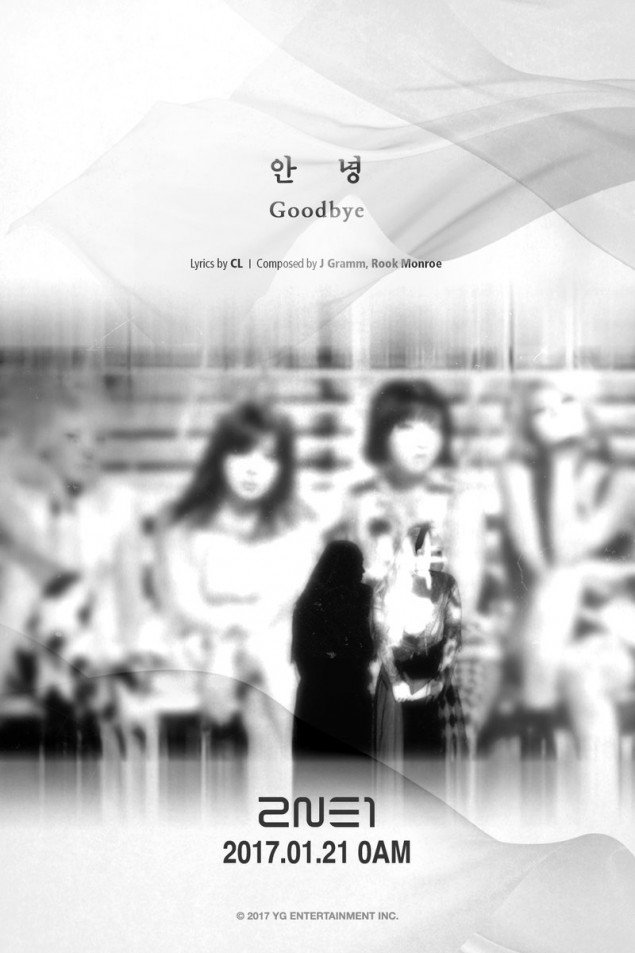 The release is set for midnight January 21st. How do you feel about 2NE1 releasing their last very single? Let us know in the comments below!