K-EXCLUSIVE : ‘365 With LUNAFLY’ in Malaysia

K-EXCLUSIVE : ‘365 With LUNAFLY’ in Malaysia

Lunafly is back once again in Malaysia, after their first visit in March earlier this year.

This time, the boys were in Malaysia to celebrate Lunafly’s first anniversary since debut, with an exclusive showcase performance entitled ‘365 with Lunafly‘. The event was organized by M.E Malaysia and held on October 12th, at Taylors University Lakeside Campus, Kuala Lumpur. 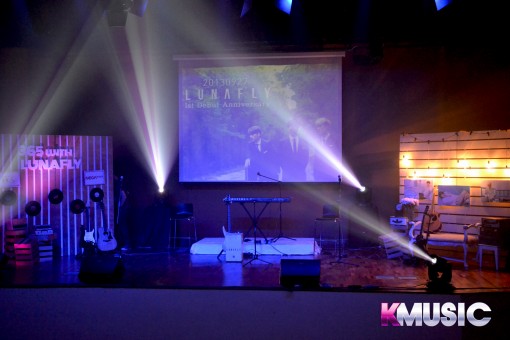 The showcase was separated into two different shows. One day show ‘Superhero‘ and another night show ‘Fly To Love‘. Lukies from Singapore, Japan, Thailand and even Indonesia gathered to attend the showcase.

The showcase commenced as the members prepared their instruments. Sam was strumming chords with his guitar while jokingly taunting Lukies by saying it was the intro song. Teo was interacting with the crowd while they were calling him ‘kacak’ (handsome) and ‘comel’ (cute) and Yun was telling Lukies ‘I miss you’. 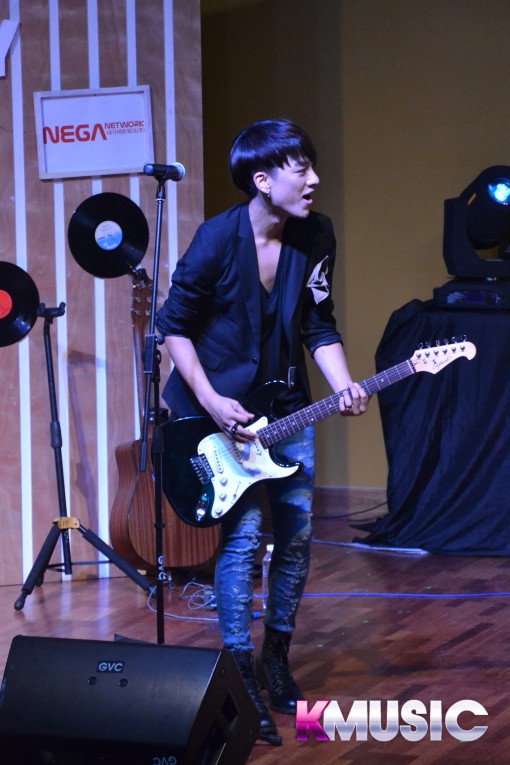 Lunafly started off their performance with ‘Seeing You or Missing You’, followed by their debut song ‘How Nice Would It Be’. Fans were singing along and cheered during ‘One More Step’.

Lunafly performed ‘Can’t Stop The Rain’ which has yet to be released; the boys performing the song for the first time. Lucky Lukies! They were all enjoying the song the new song; something definitely to look forward to. 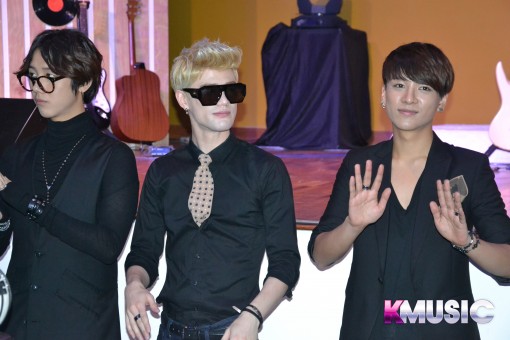 The boys prepared a surprise song which, ‘wowed’ the crowd when the music started playing. They covered a Mandarin song by Harlem Yu – Qing Fei De Yi 情非得已 . Fans were all singing along, as it is one of the most famous Mandarin songs. Lunafly ended their showcase with ‘Fly To Love’ while rocking the stage with Lukies.

Lunafly truly showed their showmanship as their interaction with their fans did not end, with jokes and laughter in a continuously cheerful atmosphere.

During the 2nd half of the showcase, Sam tossed his water bottle to one of the fans who wanted some water as well, after seeing Sam drinking it. Teo, charming the fans with his mischief, quickly finished his water as he doesn’t want to share it with Sam. Right after Teo finished his bottle, pretending to toss the bottle towards the fans, ended up tossing the bottle behind him as he said ‘It’s mine’. One of the Lukies offered their bottle of water and toss it to Sam and he receive it with a nice catch. 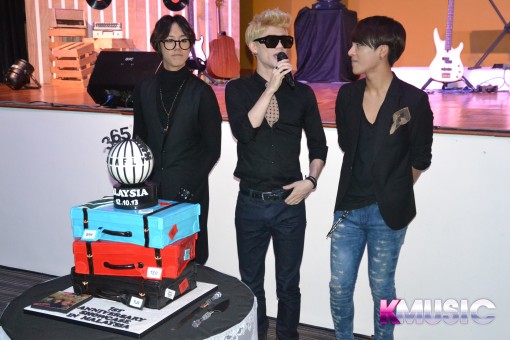 At the end of each session, there was also a mini celebration to commemorate Lunafly’s first anniversary (during day and night show). They also celebrated their leader, Sam Carter’s upcoming birthday, October 14th.

At the end of the showcase, the boys were invited to the stage again as Lukies had prepared a special video for them. The video consisted of quotes and photos of the boys. At the end of the video, it was shown that Lukies from around the world have been collecting a charity donation for Hospital Beyond Boundaries. They manage to collect around RM1210. Lunafly were touched and thanked Lukies for their efforts.

With an outstanding overall performance, Lunafly successfully entertained and interacted with a lot of their fans and most of all, sang their hearts out; creating a wonderful memory with their fans. 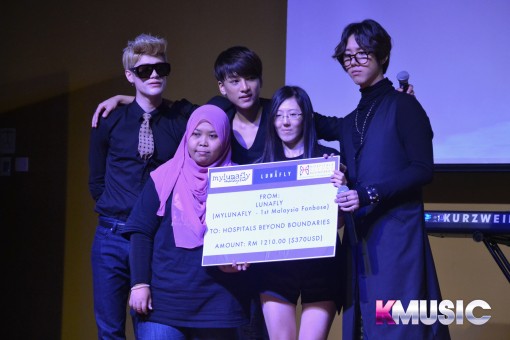 After the ‘Superhero’ show ended, media teams were invited for a short Q&A session.

Kindly wait for the second article with all the videos and footage which will be out soon.