Shortly after the release of 4Minute’s new and thrilling comeback, ‘Crazy‘, rumors began to spread that the song had been a product of plagiarism. A blogger made a claim that ‘Crazy’ plagiarized Knife Party’s ‘Boss Mode‘.

A Twitter user tweeted the producer, Rob Swire, claiming that his beat had been stolen. Mr. Swire replied with “boss mode?? I don’t really hear it :S maybe used as a reference or something‘. 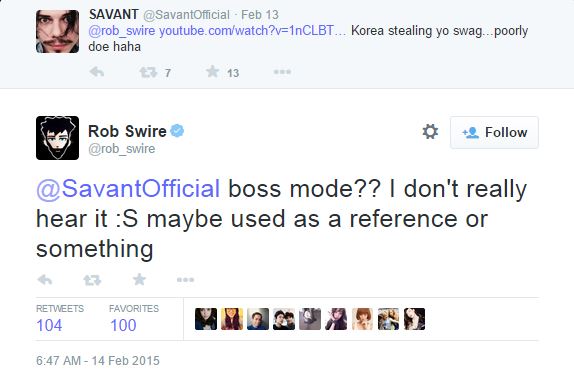 Many folks still cling to the notion of plagiarism, but the producer made the message clear.

Check out both songs for yourself and let us know your thoughts!

Scroll for more
Tap
M.I.B’s Kangnam Goes Back to His Old High School on JTBC ‘I’m Going To School’
JJCC Gets Up Close And Personal In New Dance Practice
Scroll
Loading Comments...