A Fan Offered to Buy Tony An a House

A Fan Offered to Buy Tony An a House

According to Newsen, Tony An revealed some interesting news about a fan he had during his H.O.T. days.

Lee Jae Won, who also appeared on the show, confirmed the incident, saying, “This actually happened. When it was our birthday, our fans pooled some money together and leased an entire stadium. Another time, they contacted our manager and bought us furniture. We were out for a performance and when we came back home, all the furniture in our house had been changed.” 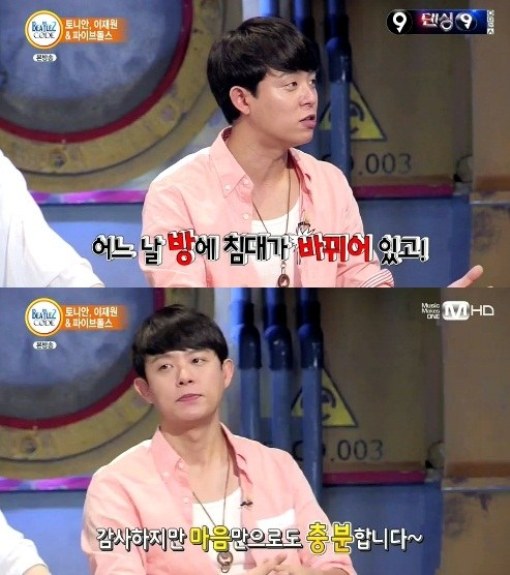 The MC asked if they still took gifts from their fans, in which Lee Jae Woon replied, “No, now I just feel too bad taking their gifts so I don’t accept them.”

Then MC Shindong asked, “But I heard Jang Woo Hyuk accepted a car from his fans? What’s up with that?”

Tony An replied, “That was back in our H.O.T. days. He accepted it probably because he was desperate for a car,” which earned a good laugh from the entire set.