The show has been making it’s away around and China has stepped on the band-wagon with their Running Man adaptation entitled, ‘Hurry Up, Brother’.

The debut show displayed the usual fun and games as to be expected. However, during the famous name-tag ripping brawl with “Commander” Kim Jong Kook, Li Chen (also known as Jerry Lee) took a spill and bonked his bean! Well, this little bean bonk caused him to need 22 stitches just to close the wound. Talk about a big boo boo!

However, despite the blow to his noggin, he reassured followers on Weibo that he is A-OK and has fully recovered. The incident occurred two months prior to the airing of the first show to which the editors were sure to leave out any scenes that may be too sensitive to the viewers. You know, to keep things positive and peppy as ‘Hurry Up, Brother’ is meant to be one of those “feel good” kind of shows.

Li Chen had posted, “The purpose of the show is to entertain and bring happiness through our collaboration so some portions had to be left out. I have completely healed. It has been two months since the incident.”

He included a photo of him receiving treatment, giving us an assuring thumbs up!  He also posted a group photo of the cast visiting him sporting a fashionable bandage over his brow area. 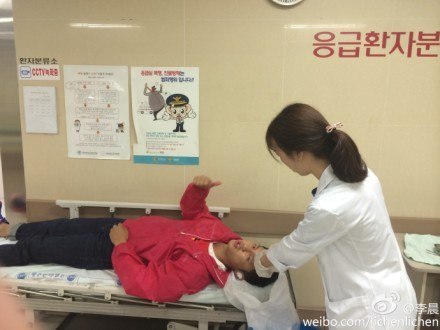 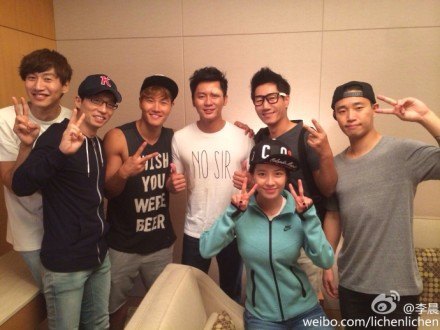 Glad to see he is okay! Let’s hope that doesn’t scar too badly now~ @.@