It seems like Akdong Musician will be making a comeback for the start of 2017! On December 5th, the sibling duo released the below still for their upcoming full album titled, ‘Winter.’ It’s been about 7 months since the release of the group’s mini album, ‘Spring Part 1‘ and their highly successful single, ‘Re-bye.’  The full album release is set for January 3rd, 2017. 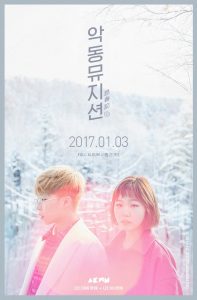 It seems that YG is just churning out the comebacks for the end of this year! Following the comebacks of Blackpink, Sechs Kies, and BIGBANG, it will be exciting to see what this upcoming album will bring. What are your thoughts on the comeback? Let us know in the comments below!