The individual teaser images of Jongup, Daehyun and Zelo have been released and as with the first set, they are completely stunning.   The members are all dressed in white and look handsome and relaxed in the shots.  Jongup and Daehyun are both sporting colourful hairstyles as well.

Take a look at the second set of individual teasers from B.A.P 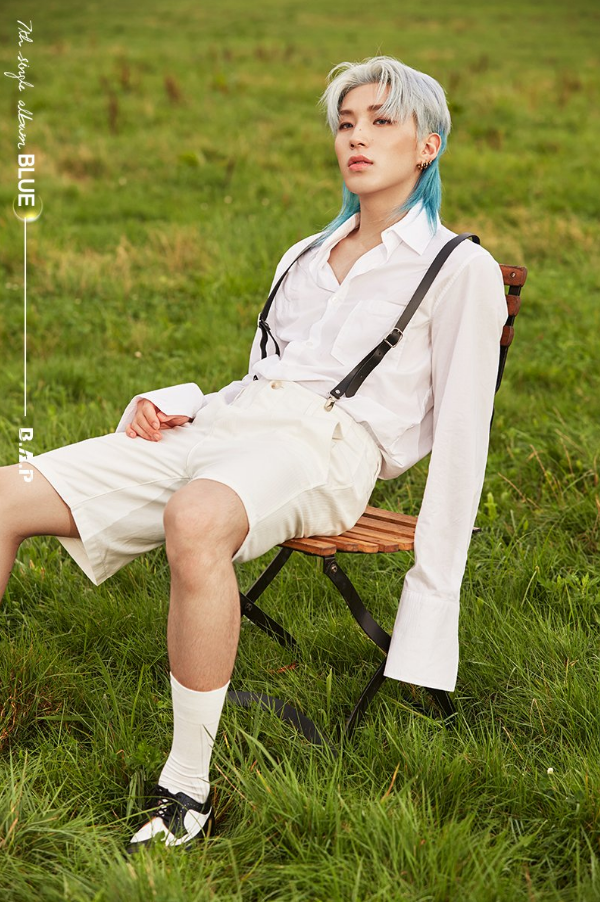 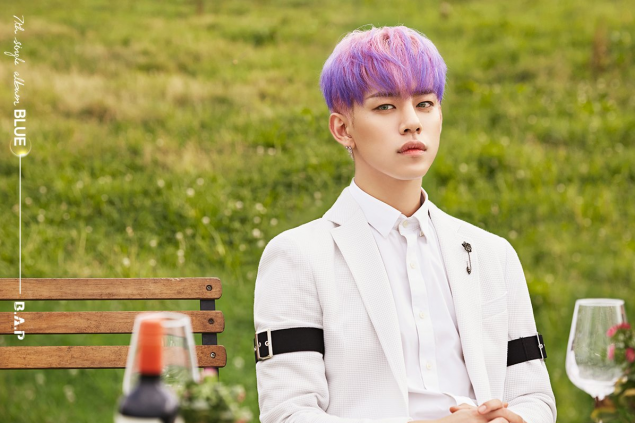 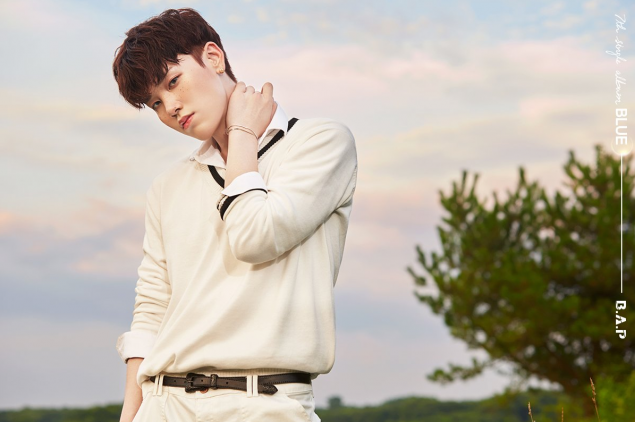 In the newly released group teaser image, the members are walking towards the camera through a beautiful green field, displaying all their charms and charisma.  They give off a strong but chill vibe in the shot.

There’s also the addition of the title ‘Honeymoon‘ on the photo in addition to the single album title of ‘Blue‘. 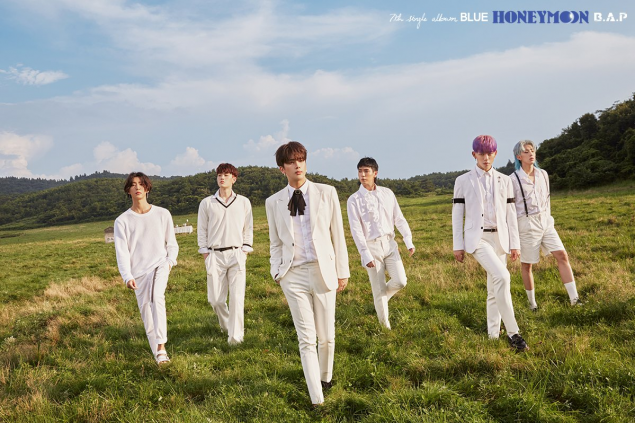 B.A.P’s  single album ‘BLUE’ is scheduled for release on September 5.

What do you think of the individual teaser images of Jongup, Daehyun and Zelo? Let us know in the comments below.