Great news for South American B.A.B.Y! B.A.P is going to your continent in November!

The group has just announced that their “B.A.P LIVE ON EARTH 2014” will be held in 3 countries in South America: Buenos Aires, Argentina on November 2nd (, Santiago, Chile on November 4th, and Lima, Peru on November 6th. 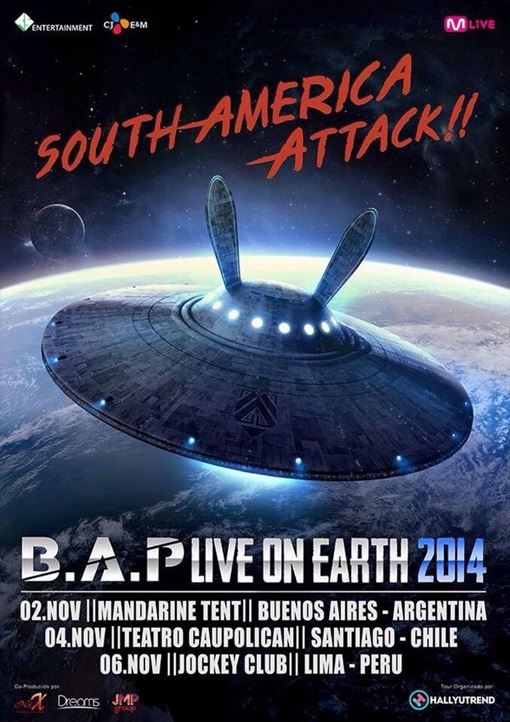 “B.A.P LIVE ON EARTH 2014” is B.A.P’s this year’s concert tour that started in March in Seoul and vwas held in such countries as the USA, Germany, France, Great Britain, Australia, Taiwan, Singapore, Japan, and Thailand. The concert’s main theme is “Earth Needs You” together with six keywords – Justice, Emotion, Passion, Love, Happiness and You.

Make sure to stay tuned to Officially KMusic for information about the tickets release.