It’s already been announced that B.A.P. (yessir!) will make a comeback on February 3rd, with a sexy and more mature concept than their previous ones.

On his official twitter page, Zelo recently posted a picture of Himchan pointing a gun at something with the caption, “빵야?” (Bang?). Based on the border around the photo, it is suggested that this is a still from their upcoming video. Technically speaking … Zelo is giving us a sneak peek! 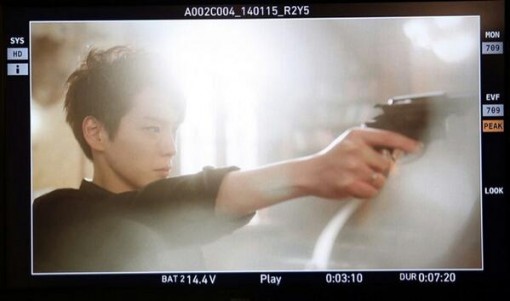 What do you guys think?

Are you ready for a B.A.P. comeback? If so, let us know in the comment section below!