That is right! BADKIZ‘s agency, Zoo Entertainment, had announced DunA and U-Si‘s official departure from the group. 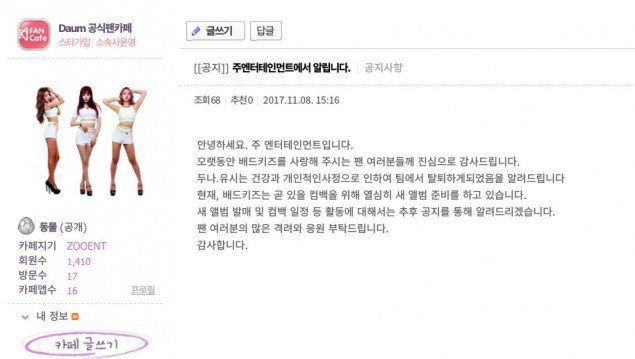 On their official fan cafe, the following message was left:

“Hello, It’s Zoo Entertainment. We sincerely appreciate those who have been loving BADKIZ. Unfortunately, DunA and U-Si have announced their departure due to their health and personal reasons. The group is currently working very hard on their new album and preparing for a comeback. This comeback news will later be announced. We ask for your continuous support and encouragement for the group. Thank you.”

This will mean that BADKIZ will continue to promote with three members. The members left are Monika, K.Me and Somin.