Bigbang will release their ‘Alive Tour in Seoul’ CD on January 2013.

The CD will feature the songs of their live performances during their Seoul concert last March 2012. Their recent hit songs like, “Fantastic Baby” and “Blue“, and the fans’ all-time favorite songs, “Tonight“, “Haru Haru“, “Last Farewell” and “Lies“, will also be included in the CD. 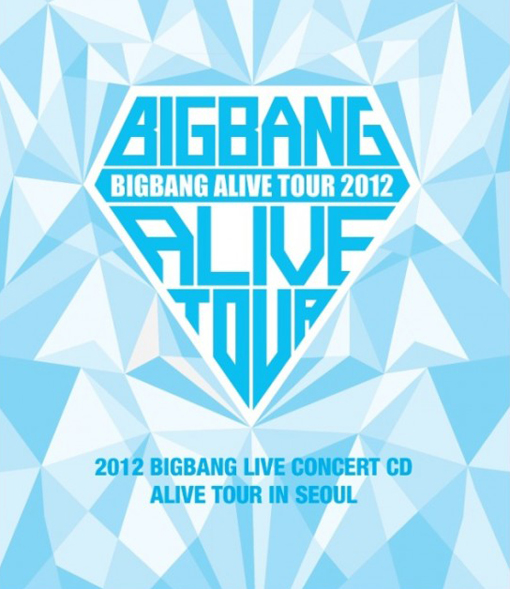 The CD will be officially released on January 10th, before their encore concerts in Seoul on January 25-27th.