As BTS have just finished conquering the Grammy Awards 2019 that you can read all about here, then straight away continued their ‘Love Yourself’ world tour, and are already working on their latest album.

Late last night there were rumours on Twitter about Big Hit applying for a trademark for the name ‘ARMYPEDIA’ which then didn’t take long for Armys to find the official website. The next day Big Hit released the official Twitter page for ‘ARMYPEDIA’ with an official logo and website that has “Coming Soon” on the waiting page. The waiting page also states the date February 25th with a link to a tutorial! Click on the following link to check out the new website! ‘ARMYPEDIA’ 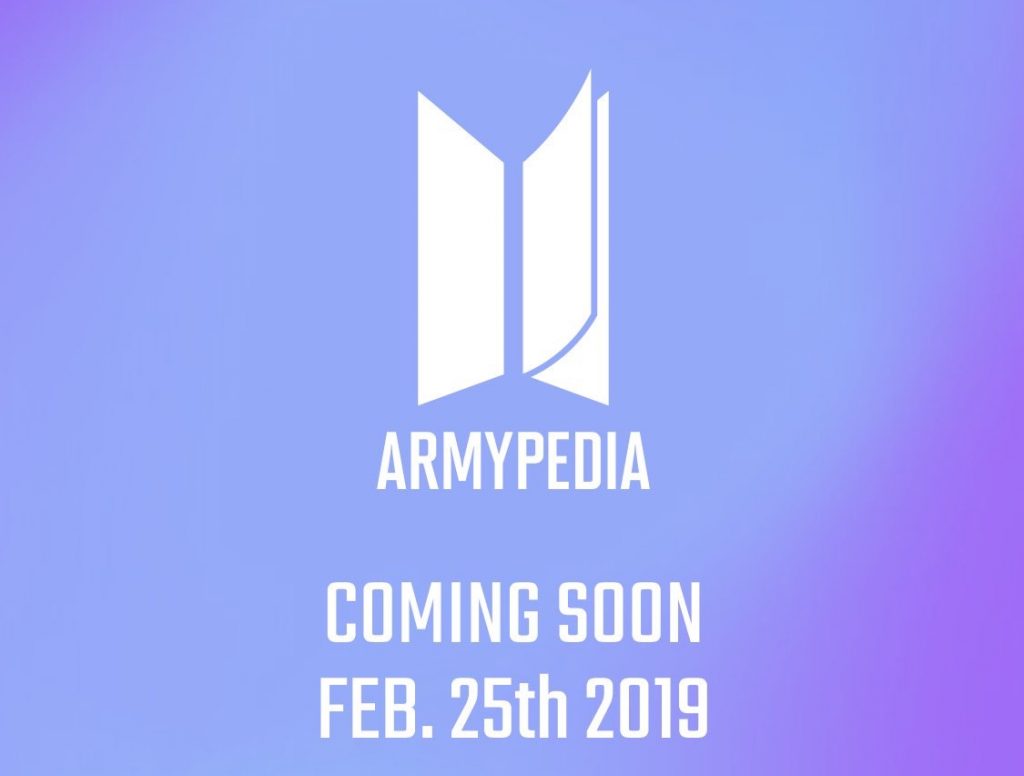 What do you think of ARMYPEDIA? Will you contribute to the site? Let us know in the comments below!