Breaking The Idol Stereotype: Onew Wants To Be Like Kimchi?

Breaking The Idol Stereotype: Onew Wants To Be Like Kimchi?

“I want to be like kimchi because it’s a dish that fits everyone. I think its spiciness has an impact, so I want to have a similar impact.”

You read that right, SHINee’s tofu leader Onew wants to be like kimchi! What exactly is he talking about? Onew is currently in Singapore filming the tvN show Go Go with Mr Baek, and while taking a break from his filming, he sat down for an interview. The 26 year old idol talked about things that most his age in the entertainment business contemplate. He also talked about the stereotype of idols when it comes to variety shows.

“I would like to break the stereotype that the public has of idols by showing that idols can also do variety shows like this. It’s not that I dislike being titled as an idol or anything, so (being one) isn’t something bad.”

The show also features Jung Chae-yeon, the 18 year old member of DIA and I.O.I. She also addressed the idol title, having a prospective outlook on it.

“I appreciate that many people recognize me compared to before, and the opportunity to meet many different people (through it). I am very new to all this so I try to work hard now, but I’d love to be an idol for (at least a few) more years.” 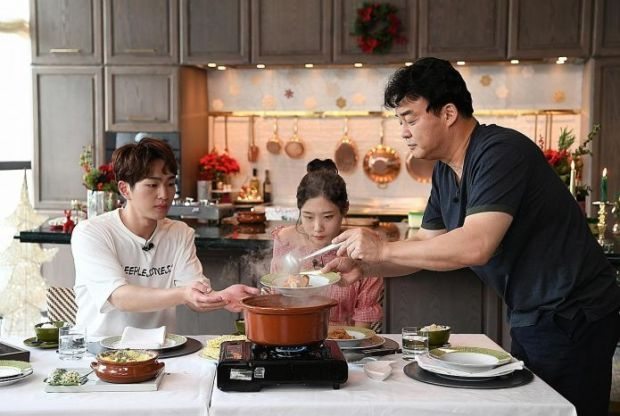 While the age difference between the two is vast, they are unique in their answers when asked what kind of food represents them best. Jung Chae-yeon said that sugar represents her best, because she wants to be the person everyone likes. Onew said that he would be best as kimchi, because the spiciness has an impact, and he wants to have a similar impact.  You can catch more of this fun interview in the episode set to air December 19th and 26th at 10:30 KST.

Check out a clip of the show below!

Do you think Onew has the impact that kimchi has? Let us know in the comments below!