BTS are keeping themselves busy!

Looks like the group is showing no signs of slowing down. In the span of a few hours, they have reached 10million followers on twitter, became the new ambassadors for Lotte Duty free and unfortunately delayed the drop of their ‘Mic Drop‘ remix.

Let’s start from the top.

BTS is officially the first Korean Twitter account to reach 10 million followers! Twitter gifted BTS a trophy to celebrate such an achievement. Along with that, Twitter also released BTS‘s second official emoticon for #LoveBTS10M. The first being their old logo of the bulletproof vest.

All members have posted their own thank you video as well as a group video. Twitter has also released BTS‘s top 10 most retweeted tweets. If you don’t follow the boys already, you can follow them here.

Lotte Duty Free has announced that BTS has joined as a model for the brand. BTS will be joining 58 other K-pop celebrities including TWICE, EXO and actor Lee Minho. 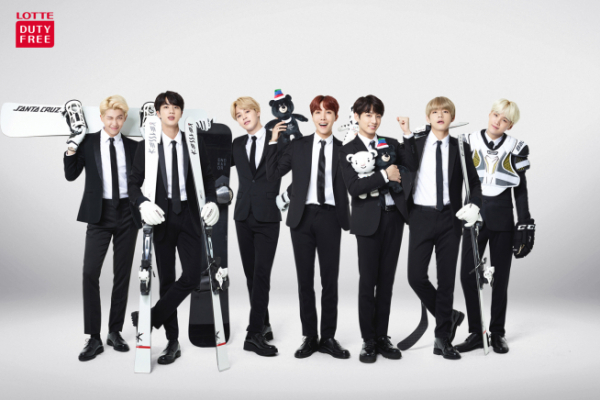 Lastly, and sorry to end on a sad note. The release date for BTS‘s ‘Mic Drop‘ remix with Steve Aoki and Desiigner has been delayed. Originally annouced to release on the 17th of November, the release has been pushed back till the 24th. Big Hit Entertainment annouced they’ll release the track after the boys have finished their busy schedule in America.

Phew, that was a lot to announce! But, it looks like the boys are only going up and up from here. Landing in America today, BTS will begin their jammed pack schedule.

Scroll for more
Tap
Cross Gene are going to give us a history lesson!
Hyorin opens her own agency, Brid3
Scroll
Loading Comments...