BTS Are Coming Back to Brazil!

BTS Are Coming Back to Brazil!

After successfully holding a fanmeeting in São Paulo last July, the boys from BTS are ready to grace their Brazilian fans once again with their presence!

On July 31st, BTS will take their “2015 BTS Live Trilogy ‘Episode II. The Red Bullet” tour to São Paulo,  and will hold, apart from an amazing concert, a special fanmeeting with a hi-touch.

The concert is being put on by Highway Star and will be held at AUDIO. The prices range from R$165,00 to R$500,00 for the concert and the tickets for the hi-tough cost R$110,00. You can purchase them at Sympla‘s website. 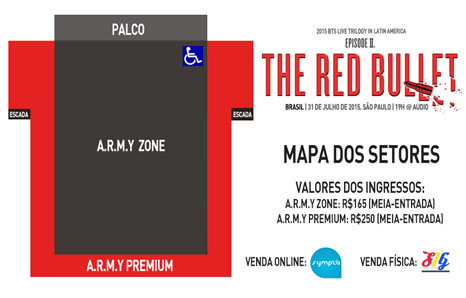 This is the latest addition to a tour that will already go to North America, Malaysia and Australia. More dates in other countries should be released soon, so stay tuned to Officially Kmusic to check them out!