BTS ‘WINGS’ Album Review: Part I: Inside The Hearts of BTS

BTS ‘WINGS’ Album Review: Part I: Inside The Hearts of BTS

In the first part of the review, I covered the first four songs of the ‘Wings’ album. Now it’s time to delve deeper into the emotions of the next four solo songs. I titled this part ‘Inside the hearts of BTS,’ because that is what it felt like to listen to V, Suga, Rap Monster and J-Hope express their sincerest thoughts to instrumental accompaniment. So, let’s get started! 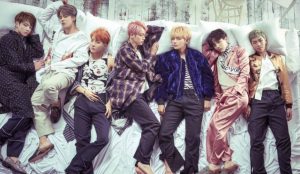 If Jimin is my favourite BTS vocalist due to his high notes and falsettos, then V is my other favorite because he lies on the complete opposite end of that spectrum. Or he used to. ‘Stigma‘ is a very soulful track that compliments V’s deep voice. In ‘American Hustle Life,’ this quality of his vocals was pointed out- that he has this ability to evoke immense emotion. And that is truly what you feel with lyrics that seem to almost be an apology or asking for retribution.

I love that the track makes use of your basic, classic instruments to create a rhythm to accompany V, who is singing in a higher pitch that he normally does. It’s the lack of any fancier musical elements that allows you to truly appreciate the soulful lyrics that are meant to do the talking. I was pleasantly surprised by his ability to hit notes that allowed the apologetic track to hit an impassioned peak. V said that this track fell into the “Neo Soul” genre, and it’s one genre I would love to see him create mores songs in.

After three vocal solos, came the start of the rap-line’s tracks. I expected nothing less from “genius” Yoongi than his lyrics to speak about something more than what you first expect. A piano- I don’t think many people saw that coming. But it’s hardly surprising considering Suga’s love for his music.

One of my favourite things about Suga is the passion and intensity he uses to bring his lyrics to life. ‘First Love’ starts off quite slow and gentle and keeps building this crescendo to the point where he lets go and the rap becomes it’s most powerful. To me, that sounds a lot like how feelings for your first love progresses. Another element of the track I loved was the way the instrumental started off with mere piano keys. This was joined in by ensemble in building to the track’s peak, and then descended back into just the sound of the piano. To me, it tied in with the progression in his lyrics as he started off with his first love, pushed it away in favour of other things and finally returned to it. ‘First Love’ was the most emotional song for me, in terms of lyrics since I even shed a few tears while reading through them.

The purest of all the tracks on this album has to be this one because of its raw emotion. There is a bitter feeling to the lyrics that include “I wish I could love myself,” and tackles a theme rarely covered in a song. Written by Rap Monster at Ttukseom– the place he often visits to clear his head- we see a blunter and honest version of the usually philosophical leader. One can really relate to the struggle of just not feeling content with life, and that is an emotion that shines through on this track. The track definitely evokes a lot a self-reflection, especially when it breaks down into pure instrumental.

I feel that this self-produced track fits Rap Monster’s role as a leader, since he probably feels that extra added pressure due to it. The world of music is harsh enough, and to add leading a top Kpop group that strives to exceed expectations- I can see why his solo track falls on the much darker end of the ‘Wings’ spectrum.

After two extremely heart-felt tracks, comes this retro-funk track that really shows off J-Hope’s bright personality. The song expresses the rapper’s gratitude to his mother. What I love about J-Hope’s flow is how it varies and doesn’t keep the same tempo for very long. There is also this element of his voice where he changes between higher and lower pitches, creating this push and pull effect that makes his rap great to listen to. Couple this with unique beat and you get an up-tempo track portrays a heart-warming theme.

“Hey Mama” is one of the more addictive choruses on this album and I really do like that it has a lighter feel and makes you move along to rhythm, while also reminding you of the greater message. This track has the ability to make you express your gratitude toward your own mother, especially if you’ve chosen an alternate career path than what was expected.

And that bring us to the end of part two unfortunately. The solo tracks are almost concluded and I can definitely say that I have been on quite the emotional trip for the last six tracks. From gratitude, to regret and even self-doubt- it’s these themes that have made ‘Wings‘ a pleasure to listen to so far. The journey will continue with Part N: Nola meets BTS  soon! For the first part with ‘Part W: When BTS Revealed What Boy Meets‘ click here.

Stay tuned to Officially Kmusic as we bring you the latest in Korean Entertainment and reviews!