According to the production staff, Kim Yoon Ah had previously mentioned that it was her first time performing on stage with someone who is not a singer. Despite it being her first time, Kim Yoon Ah and her partner brings about an amazing performance and receives a standing ovation from the audience. Crush puts on a contemporary performance with an arrangement in his own style. Rap Monster displayed a performance that was bursting with energy to the stage.

In the previous week, John Park and Na Yoon Kwon performed and they will be returning for an encore performance. They have been voted as “the duet we want to see once more.” SS501‘s Heo Young Saeng (who is also part of subunit, SS301) will be fighting this week for his second win in a row. This is his first variety show in three years. We wish him the best of luck in grabbing his second win! 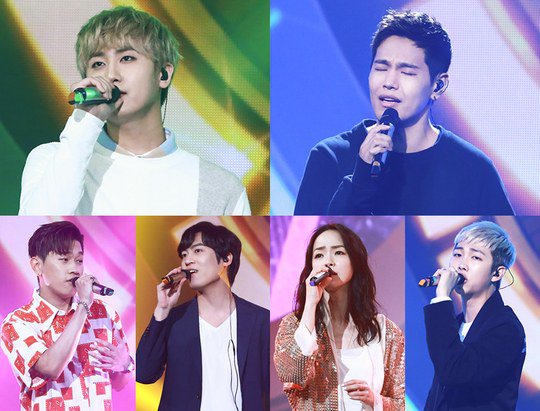 Let us know if you will be watching “Duet Song Festival” this week or not in the comments below! Stay tuned with Officially KMusic as we bring you the latest news from Korean Entertainment!