BVNDIT are as dangerous as ‘VENOM’ in their comeback MV! 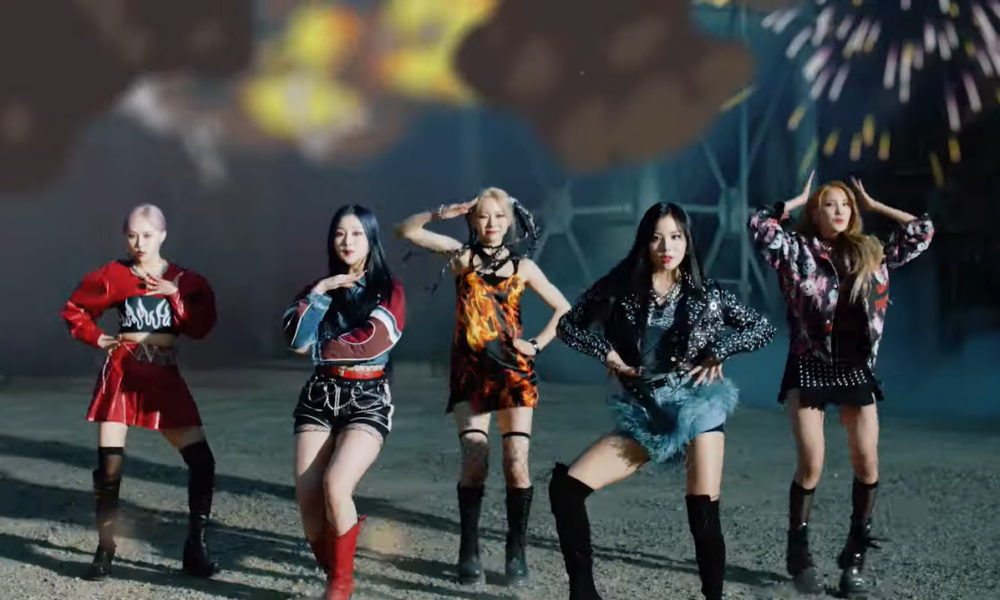 BVNDIT are as dangerous as ‘VENOM’ in their comeback MV!

On May 25th, BVNDIT released the music video to their title track, ‘VENOM’. Off their 3rd mini album, ‘Re-Original’, this marks the group’s return in 2 years. The packed and varied instrumental in this track pulls listeners in different directions as is typical in the 4th generation K-Pop sound. The driven bassy chorus propelled by chanty and attitude toned vocals centre the chaotic soundscape, effectively showing the group’s versatility.

The music video reflects the energetic song. With the girls in dark street inspired outfits as well as shining fitted suits, they show commanding charisma, particularly with the dance portions of the MV. Riding motorcycles and holding weapons, the rebelliously themed visuals end with buildings behind them exploding as the members blankly round out the choreography.

Scroll for more
Tap
LUMINOUS reminisce on their youth in their ‘Wish You Were Here’ MV!
P1Harmony and Pink Sweat$ walk the city in their ‘Gotta Get Back’ MV!
Scroll