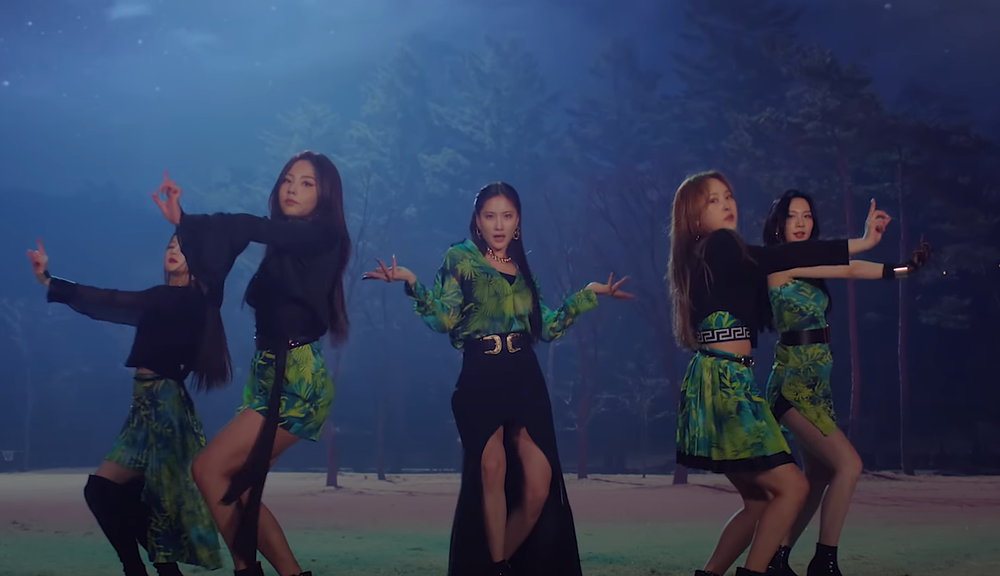 ‘Jungle‘ is the title track of their second mini album ‘Carnival‘.

BVNDIT prove that they are the queens of the jungle in this music video! The music video starts off on a strong foot as the members show off their visuals, confidence and charisma. ‘Jungle‘ is a song with a mysterious vibe that combines the strong jungle concept with some hip hop sounds.

The song is fast-paced and the chorus is very catchy. The beat change that leads to the dance break near the end of the song gives the song a kick making it even more exciting and hip!

Did you like ‘Jungle‘? Tell us in the comments below!