A.C.E announce European Tour Dates for World Tour ‘To Be An Ace’

A.C.E announce European Tour Dates for World Tour ‘To Be An Ace’

A.C.E have announced the European tour dates for their upcoming world tour.  The tour kicks off in Paris on 22nd February 2019 at Le Batachan and continues eight other European cities ending in London on 10th March 2019.

A.C.E officially debuted on 23rd May, 2017 with their single ‘Cactus’.  The song involves staggering harmonies as well as fast paced music and intense rap portions.  Their shows are bound to be high intensity and lively for the group and the fans alike.  Even before debut A.C.E were garnering fans for their covers of artists such as BTS and BlackPink, such as this acoustic version of ‘Stay’.

For a full breakdown of the ticket types and prices please see the images below. 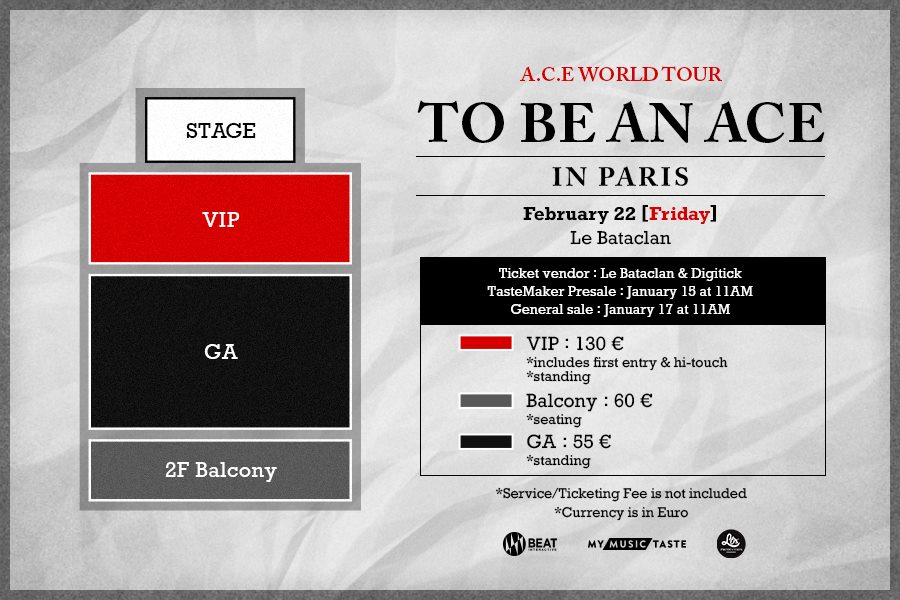 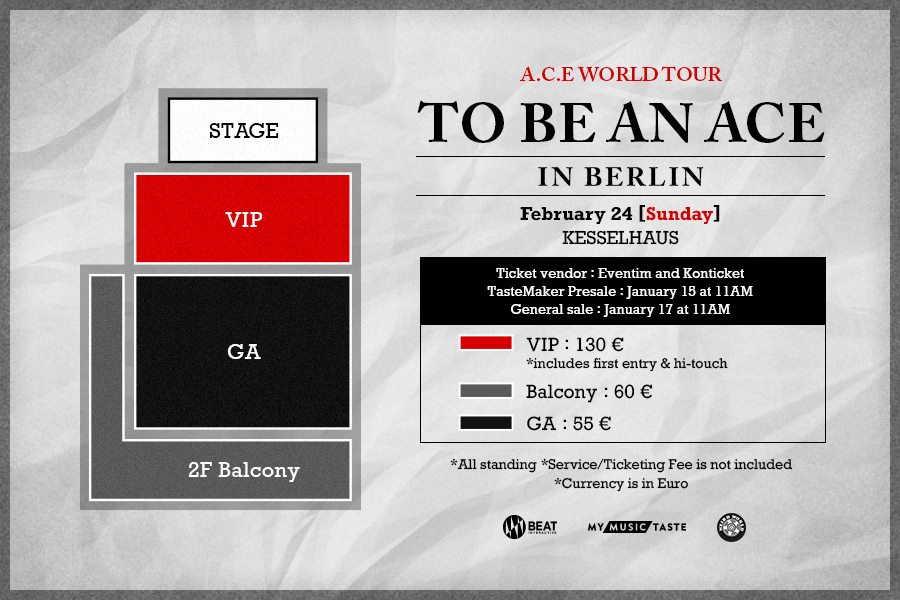 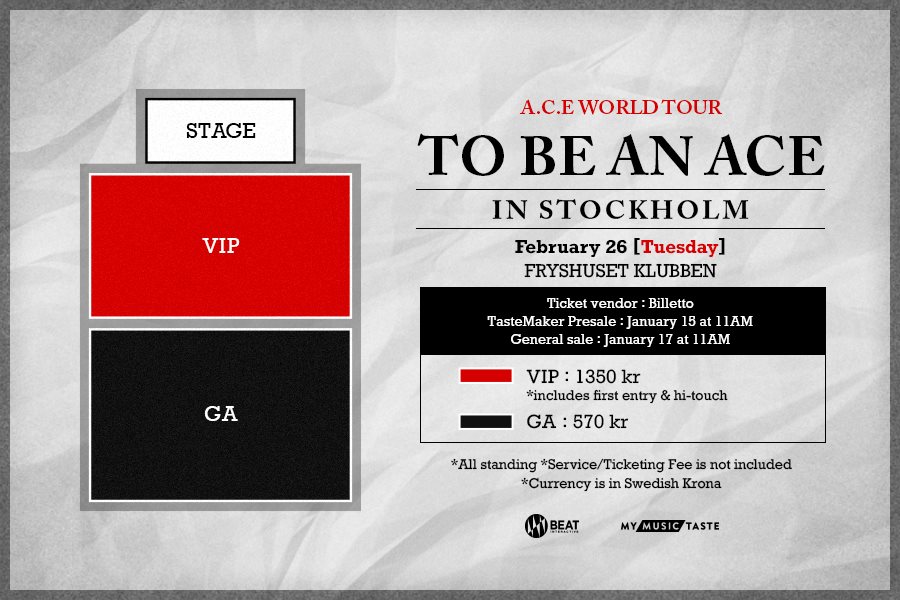 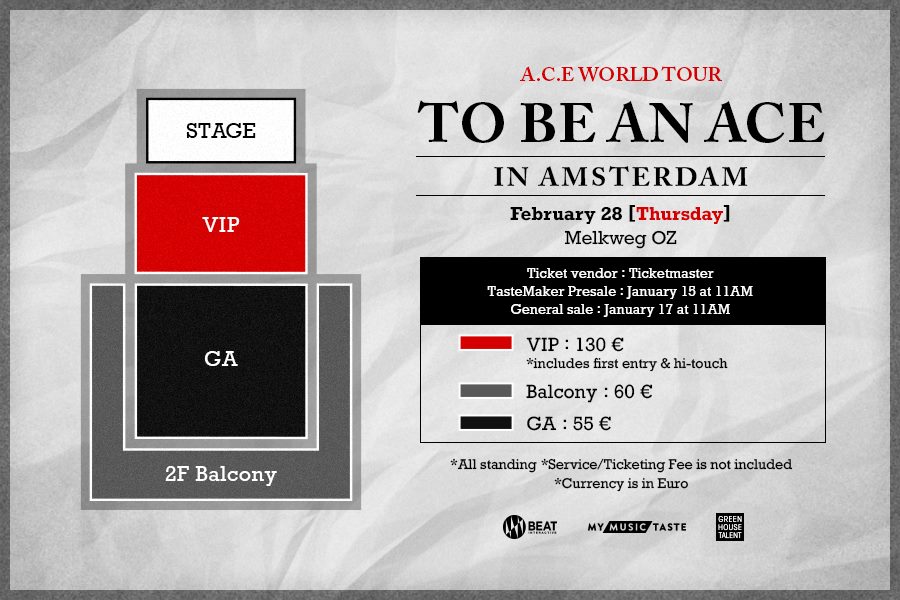 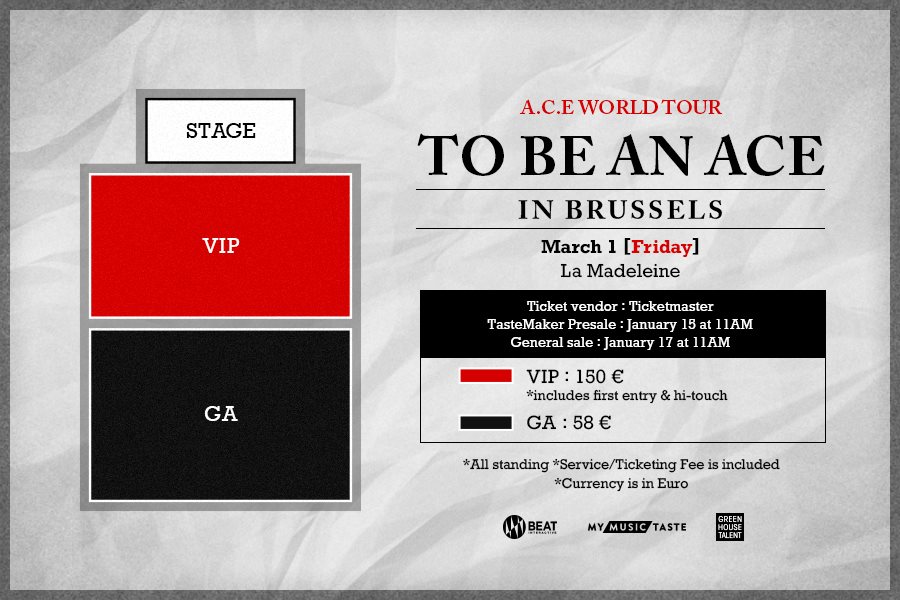 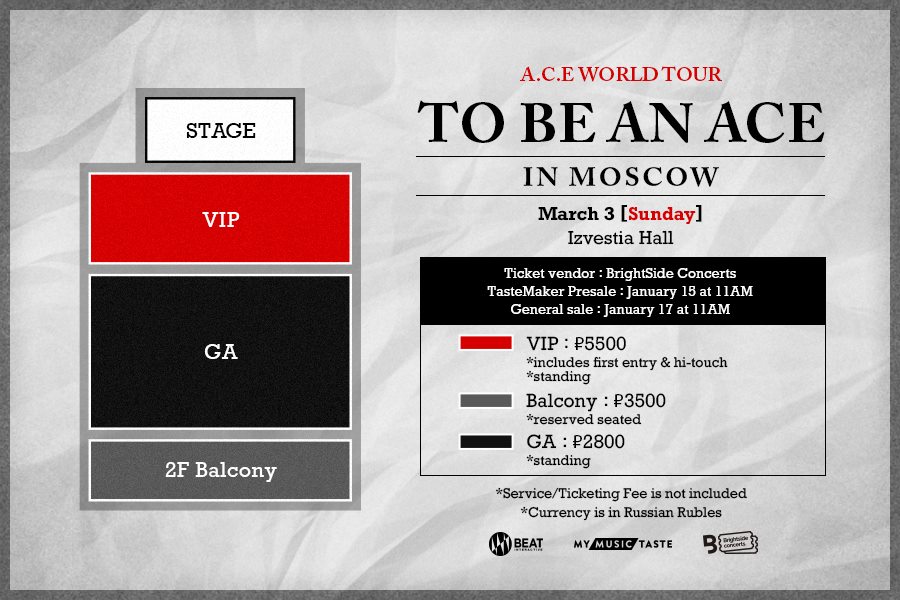 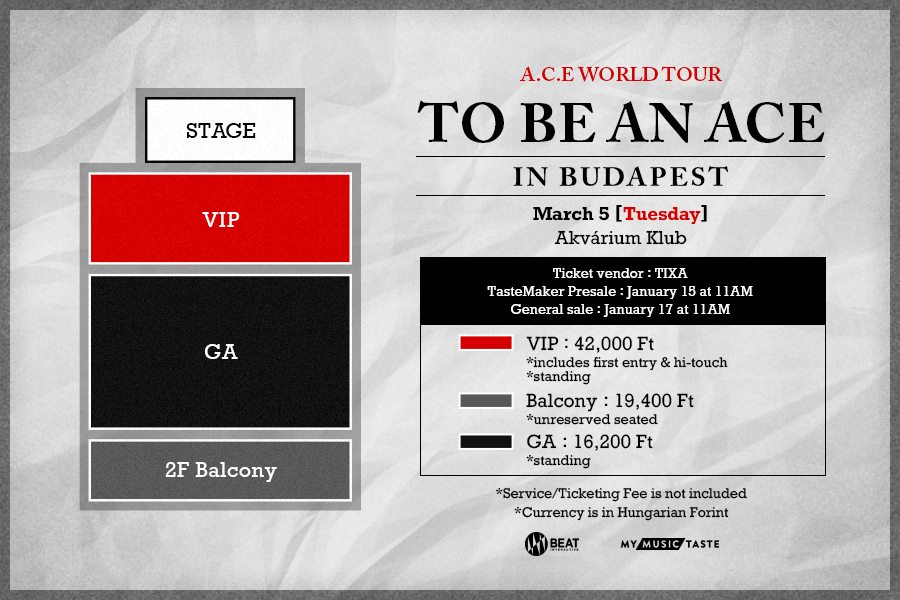 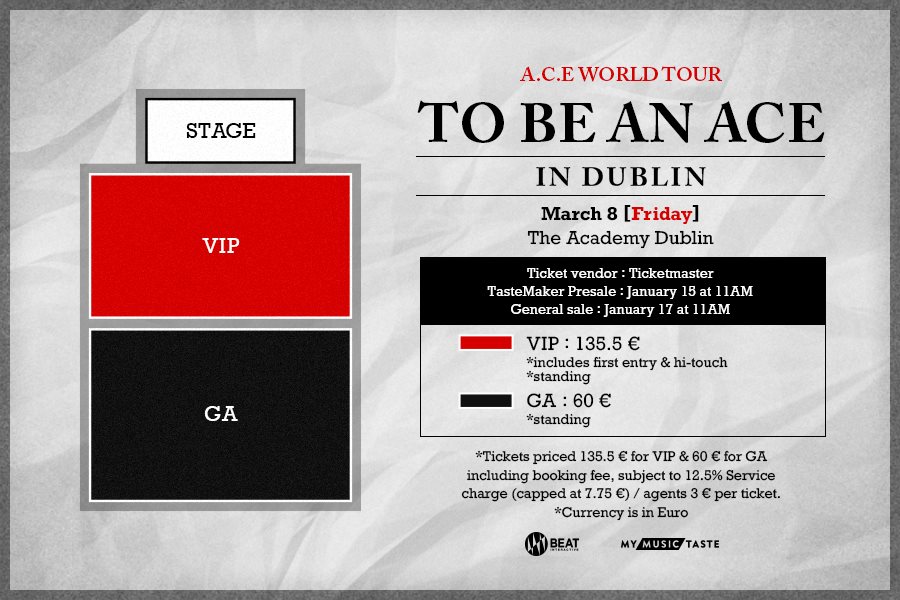 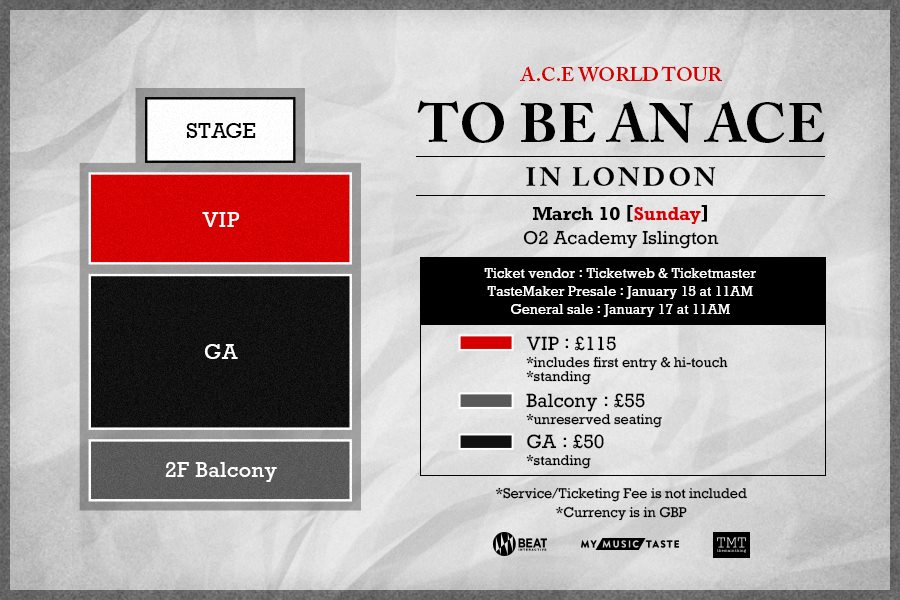 Do not miss this opportunity to see the amazing A.C.E in your region or city!