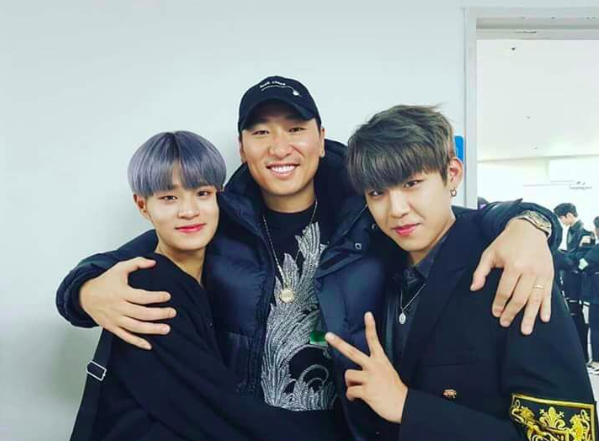 In a recent interview, Rhymer talked about Brand New Music‘s future, particularly the contestants from his company that were on ‘Produce 101′ season 2 last year.

Even though there is nothing set in stone at the moment, it is likely that Daehwi and Woojin will join forces with the members of MXM. MXM is a duo under Brand New Music that is made up of Im Youngmin and Kim Donghyun. They were also contestants on season 2 of ‘Produce 101′, but they failed to make the final lineup. According to Rhymer, he intended to debut MXM before Brand New Boys‘. He stated that he wanted each member to have a solid fanbase.

These Brand New Boys will not have a hip-hop concept like Block B, whom Rhymer has worked with in the past.

Are you looking forward to Woojin and Daehwi’s return to Brand New Music? Let us know in the comments below!

Scroll for more
Tap
Second round of ‘Dance War’ is a battle between two Seventeen hit songs!
BTS’ Jimin sits out of Graham Norton Show recording due to health issues
Scroll
Loading Comments...