The Yoo Group and Cult of Ya announced more cities for Club Eskimo and DEAN´s European Tour! As we have already informed you, they will be in London on 25th June. Another date for London has been added, so now mark 24th June as well! You can get the tickets for the additional stop in London at Ticketweb and DICE. Both shows will take place at London´s KOKO. 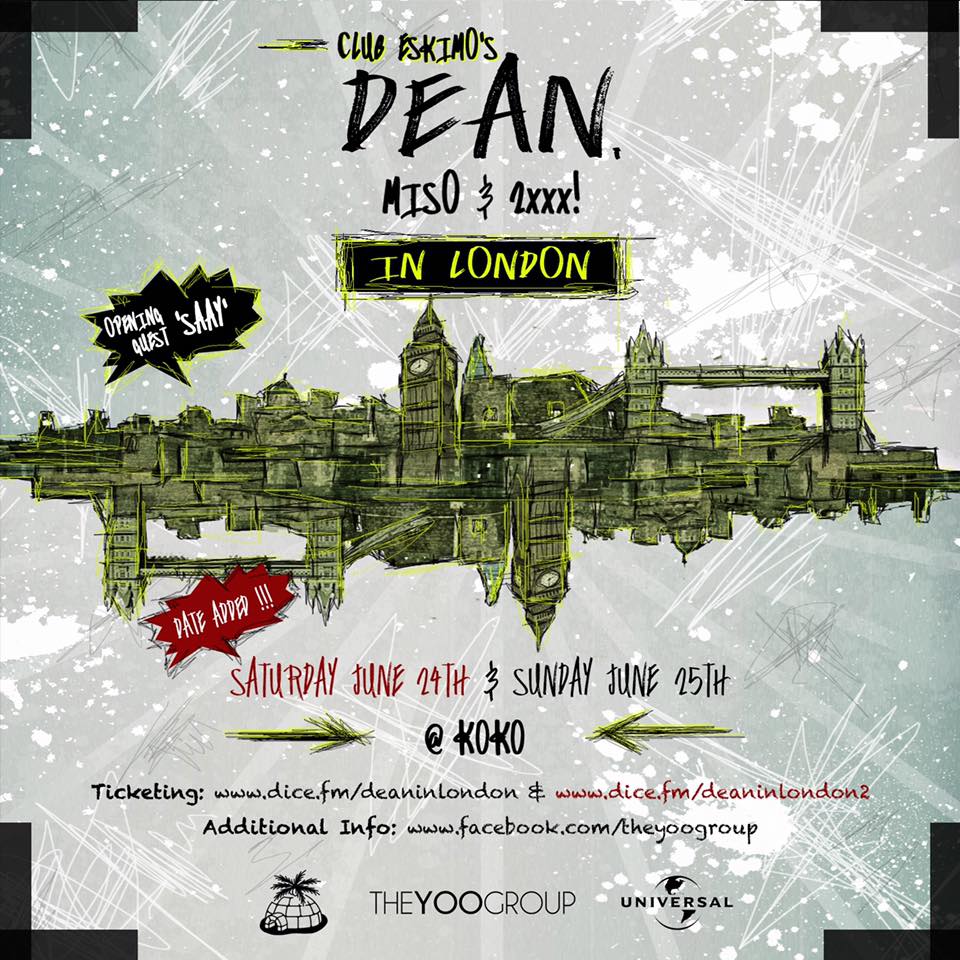 Stay tuned with us here at Officially KMusic and to the official Facebook event pages for more updates about ticket prices and sales!

Source: The Yoo Group and Cult of Ya
Written by: Terry ALSiong
Edited by: Kat S.