CJ E&M has released the information of a survey they ran from December 11th to the 18th, asking users from different countries, to vote for their favorite idols. The survey received around 920,000 votes from fans from 18 countries, including Japan, Russia, Taiwan, China, Hong Kong, Australia, Thailand, Saudi Arabia, Brazil, France, England, Germany, Spain, Poland, United States, Canada, Mexico, and Argentina.

ELF can be really proud of Super Junior, as the group ranked first in such countries as Australia, Thailand, Saudi Arabia, England, France, Germany, Canada, Mexico, Brazil, and Argentina and had the most overall number 1 rankings.

Big Bang’s G-Dragon, by himself, ranked first in Poland and Spain, beating all idol groups. 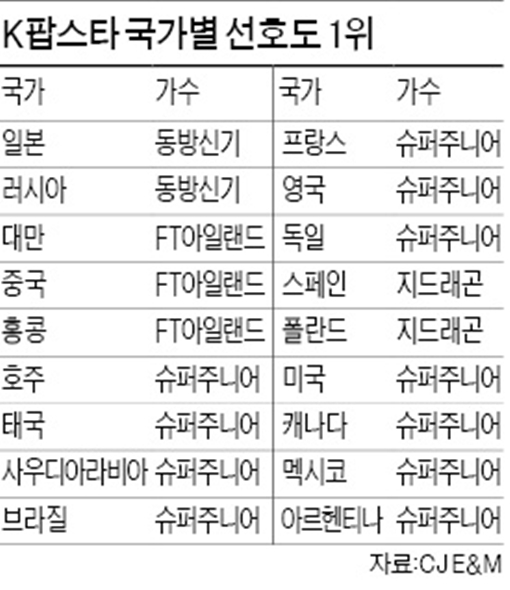 However, negative comments have already appeared, saying that the results do not represent the actual facts since there is no remark about KARA’s huge popularity in Japan and Super Junior’s enormous fanbase in China.

Do you agree with the ranking?