CLC has revealed the track list for their upcoming album, ‘Crystyle‘. This will be their fifth mini album, that features a total of six tracks! Check out the track list below! 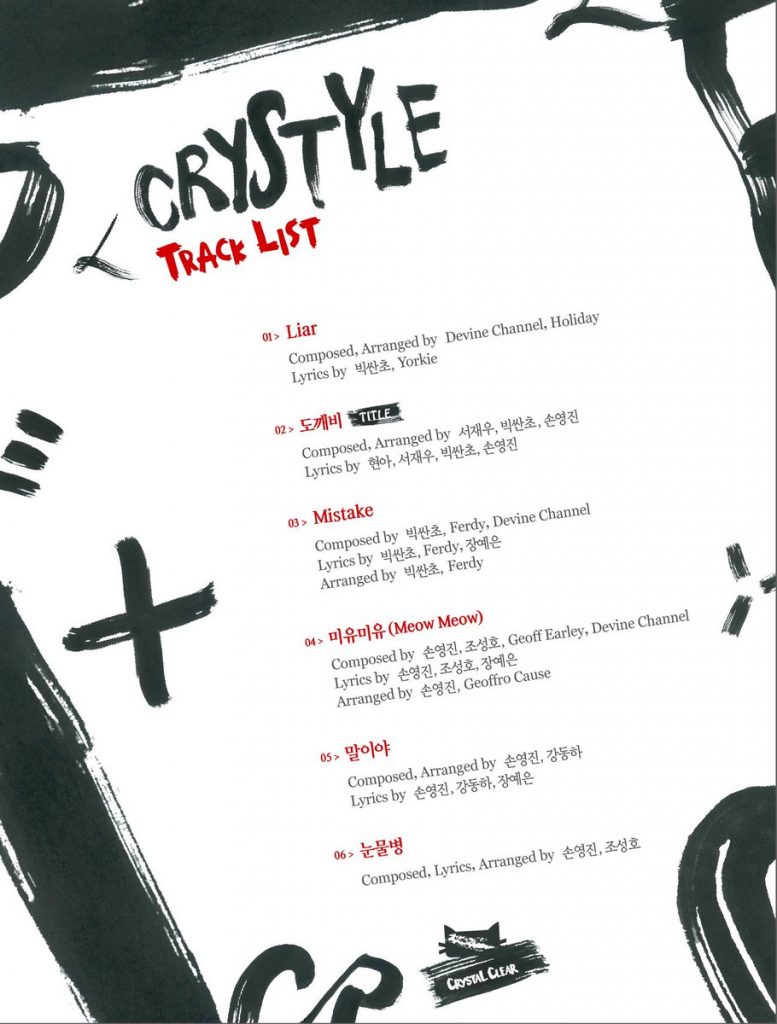 From the image above, there will be a total of six tracks including the title track, ‘Goblin‘, ‘Liar‘, ‘Mistake‘, ‘Meow Meow‘, ‘Says So‘ and ‘Tears Bottle‘. CLC member, Jang Yeeun, have helped co-write half of this album. On top of that, Hyuna was part of writing the lyrics for the girls’ title track, ‘Goblin’. This has definitely got fans super hyped for its release! Since not much has been revealed about their comeback, it also has fans curious as to what type of concept the girls will be doing!

From the track list, the songs are surely going to have a fun element to it! CLC will be releasing the album and music video on the 17th of January so be sure to stay tuned to Officially KMusic for more information on CLC’s comeback!

Scroll for more
Tap
GOT7’s “TURBULENCE IN USA” Miami and LA Sold Out!
A Hani, Solar, And Luna Collaboration Is Coming Up!
Scroll
Loading Comments...