Confessions on camera are revealed through the trailers for ‘Uncontrollably Fond’

Confessions on camera are revealed through the trailers for ‘Uncontrollably Fond’

KBS‘s upcoming K-Drama ‘Uncontrollably Fond‘ has released a few trailers prior to the release of their pilot episode. So far, only three trailers have been released, each of the trailer showing the chemistry between the leading characters (Shin Joon-young and No Eul). Actor Kim Woo Bin will be playing the role of Shin Joon-young who is a top star and Actress Bae Suzy will be playing the role of No Eul who is a television producer. This romantic melodrama tells the tale of how the leading characters were once painfully separated when they were young, but then reunited once again when they became adults. 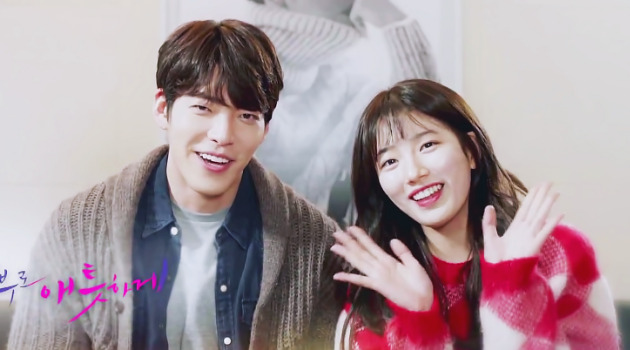 Uncontrollably Fond is scheduled to air on Wednesdays and Thursdays starting on July 6th, 2016. So be sure to tune in!