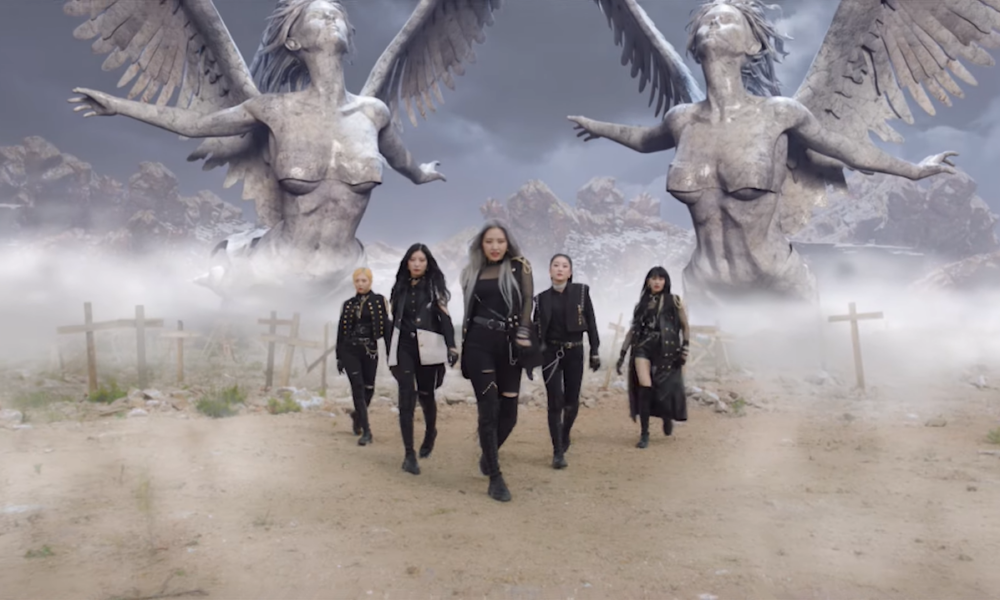 ‘REQUIEM’ features a thriving drum beat to drive the girl crush image of the group. Chanting vocals in the pre-chorus solidify this as the members sing and rap with conviction. Their chic delivery also reflects in the music video as they perform the choreography. Dressed as dark warriors, the group powerfully complete the routine with determined facial expressions in various sets like a graveyard, and in the midst of a police operation.

How do you feel about the girl group’s return? Let us know in the comments below!

Scroll for more
Tap
KANGTA has ‘Eyes On You’ in his comeback MV!
NCT 127 drop their flashy ‘2 Baddies’ comeback MV!
Scroll