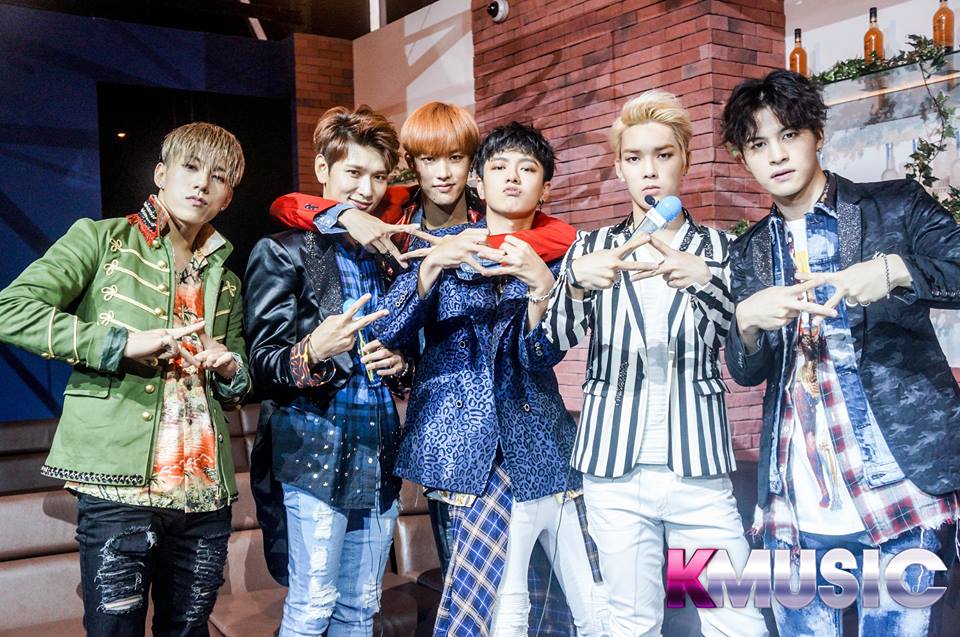 Officially KMusic was really lucky to be given the opportunity to interview the boys right before their fanmeet. They shared what they like about Singapore as well as their ideal types. They also showed us a little aegyo and talked a little about how they feel for their fans. You can catch it all on Youtube!

Later that evening, the fanmeet started with the boys playing a few games. They acted as students in a classroom. The boys started with a History lesson and they were asked about the last time they were in Singapore. Photos of member Casper with his legendary ‘toothbrush’ hair came up on the screen and Shin also shared that he bought a minion toy from Universal Studios Singapore during that segment. 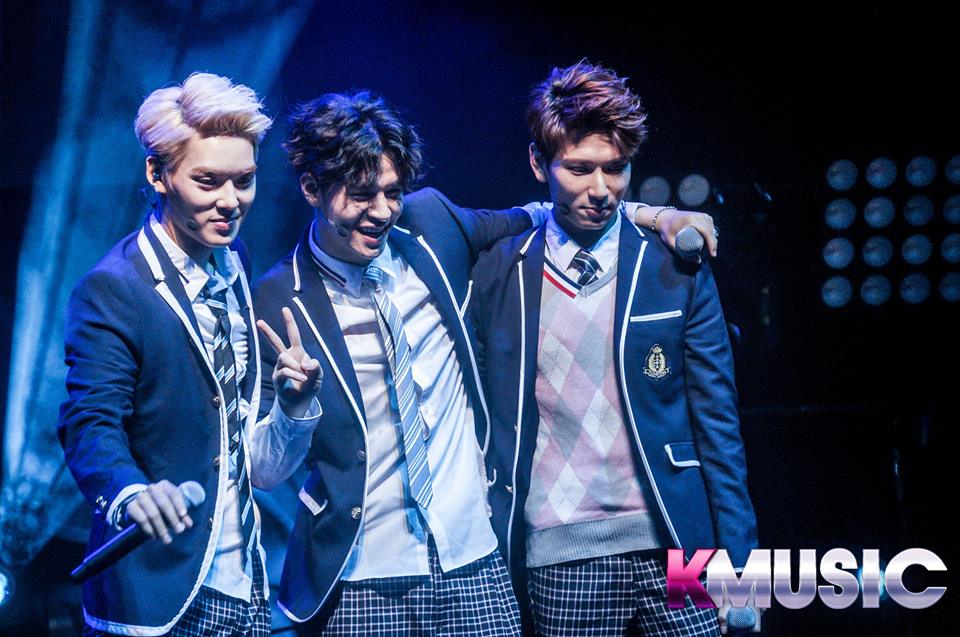 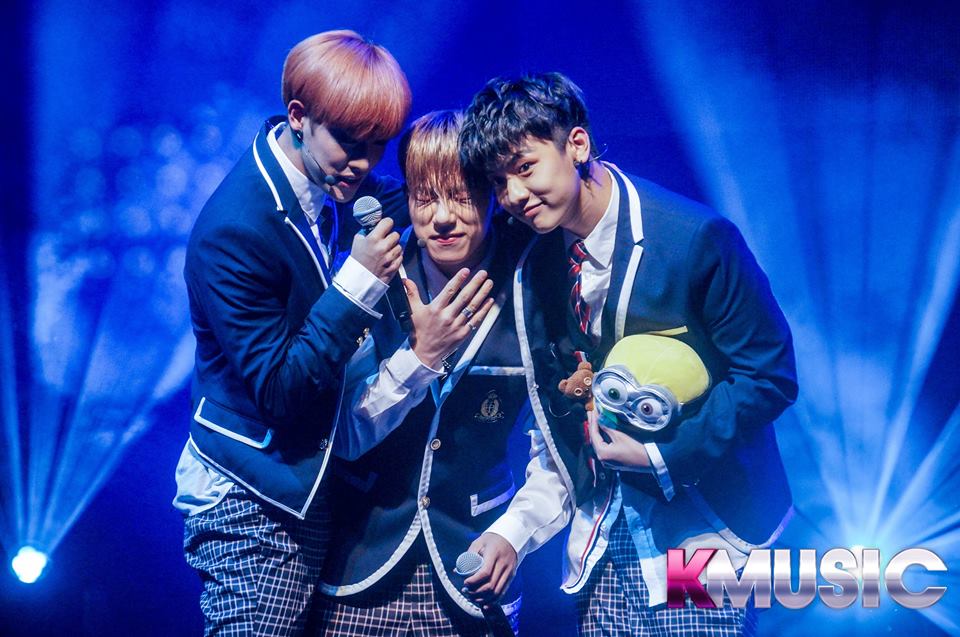 During the English lesson, the boys read messages from their fans and answered some of their questions. Yongseok shared that his favourite subject in school was Mathematics while Takuya claimed that he is the grumpiest member in the morning and he would like to receive a wake up call every morning from his fans. Yongseok also shared that he loves the famous Singapore Sling!

For the Physical Education segment, the boys played charades. Sangmin won the game with 12 points, beating Takuya by 2 points while Seyoung scored 8 points and both Casper and Yongseok scored 4 points. They also played a game where the boys have to borrow an item from the audience. Takuya and Seyoung failed to borrow a given item from their fans. Both of them dressed up as school girls as a form of penalty that night! 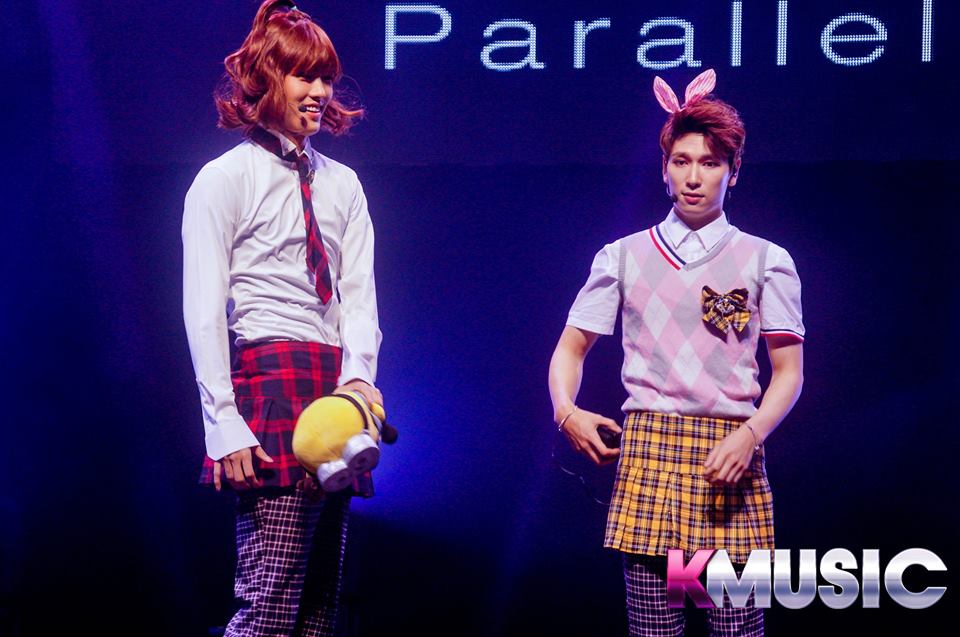 The boys then performed a few songs such as ‘Holiday’, ‘Noona, You’, ‘My Face’, ‘My Secret’, ‘Amazing – Bad Lady-‘ and performed ‘KKI’ live for the first time. They also performed ‘Play With Me’ and ‘I’ll Be Fine’ that night. 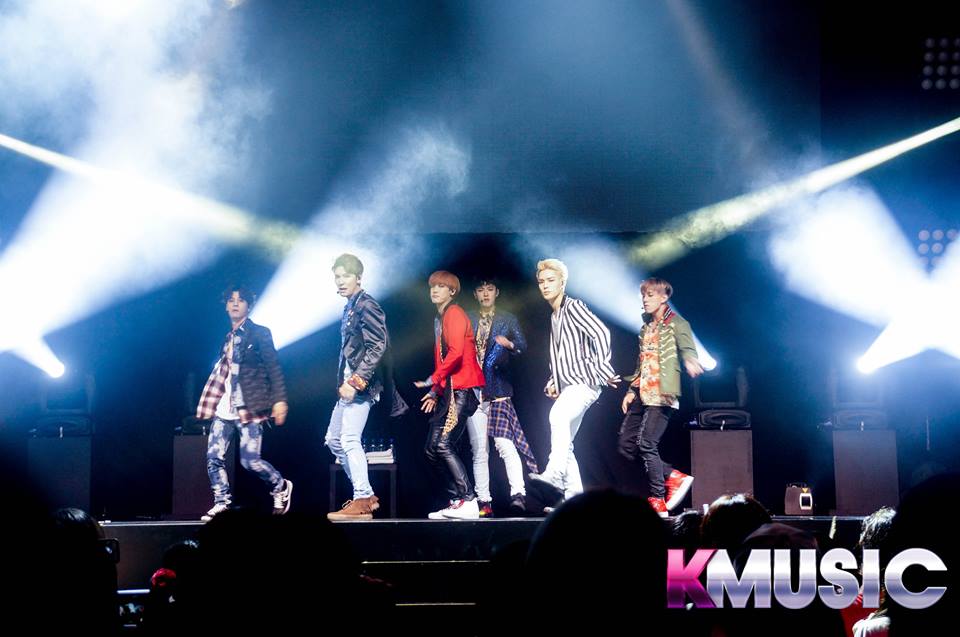 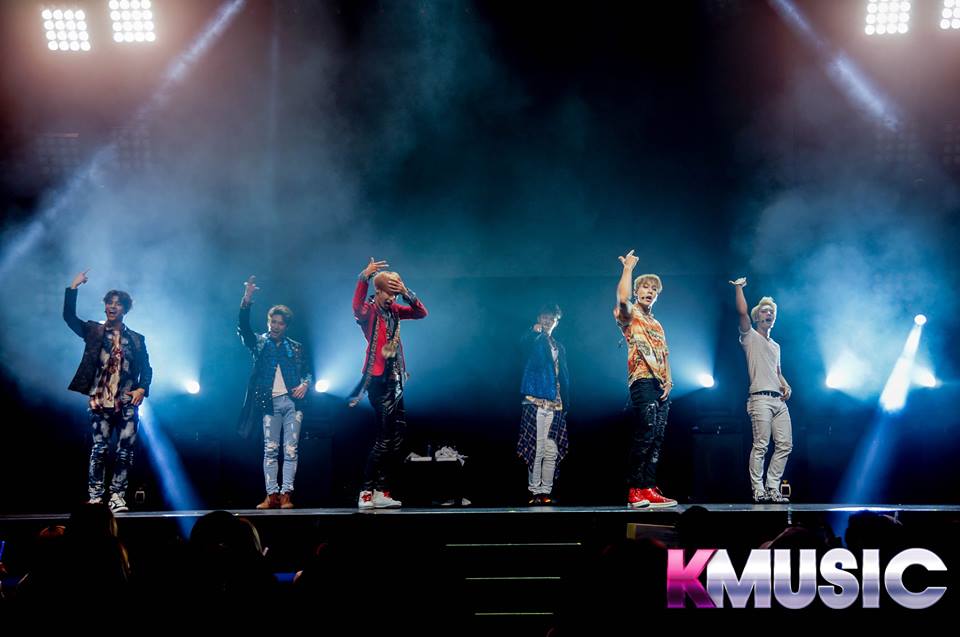 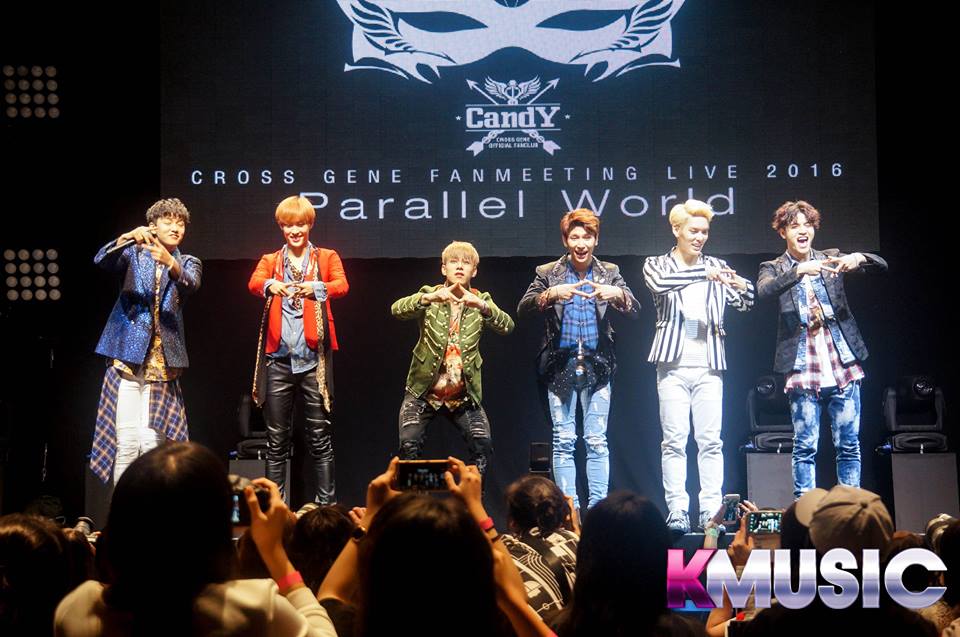 Were you one of the lucky fans that got to attend the fanmeet? Tell us how it was in the comments. For more photos visit our gallery here.