DIA To Make A Comeback In April!

DIA To Make A Comeback In April!

Share on FacebookShare on Twitter
South Korean rookie girl group DIA is currently preparing to make a comeback in mid-April. 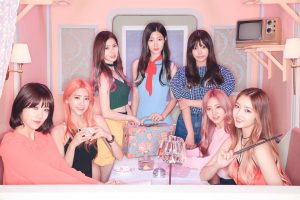 According to an exclusive local source, the girls will be coming back with a mini album. What is more incredible, is that the mini album will contain 7-8 songs and all of them are composed by the DIA members. The title track for the album will be ‘Wanna Date Me’, which they have already revealed in their solo concert which happened last year. You will able to see various sides of DIA since the album is packed full of genres including acoustic, ballad, and even semi-trot.
Are you excited about DIA’s comeback? Let us know in the comments below.

Written by: Hiranga
Edited by: Gigi