Last Friday, Hoon from KCON held a live chat session where he asked you, the K-POP fans, what you want to see this at this years’ KCON 2013. 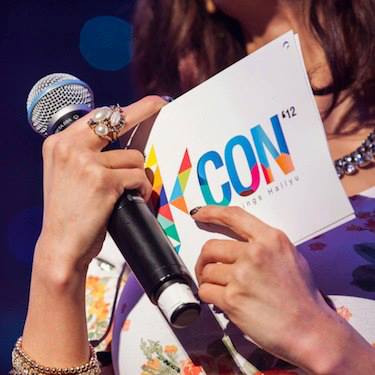 There were many topics to discuss such as interactive contests, workshops, an internet celebrity wishlist and even a wishlist for your favorite Actors or Actresses!

The contests that were brought up in the live session were the usual singing, dancing and trivia contests. Besides the ones mentioned above, many fans thought outside the box and came up with wonderful suggestions like costume contests and even fan art contests to help add to KCON and bring in more flavor.

Do you like K-POP style makeup? Who doesn’t? A K-POP makeup tutorial session was suggested and could quite well be an idea for a workshop! Other workshops and activities brought up by the fans included a gift making tent and even quilt sewing to give to the bands. Sounds fun right?

Speaking of bands, who do you want to see there? Let KCON know! Many of you mentioned well known artists names including EXO, B.A.P and 4minute which would bring them there for a second time on the main stage. Quite a few fans wished to see Chad Future on the main stage, who is no stranger to KCON as he debuted there with his songs ‘Hello‘, ‘Unstoppable‘ and ‘So Good.‘ Do you want them to be there again?

With your fan-power alone, anything is possible. Heck, you could bring artists like Chad Future or even the artists who performed last year back to KCON to perform again. You can even get your favorite actor on panel so don’t hesitate! Hop on your twitter accounts and hashtag, #KCONFEEDBACK with your choices and suggestions!!

If you missed out on the live session, you can tune in this coming friday for another live session or watch last Fridays broadcast below and make your choices!