DREAMCATCHER wants to make you ‘Scream’ in comeback MV! 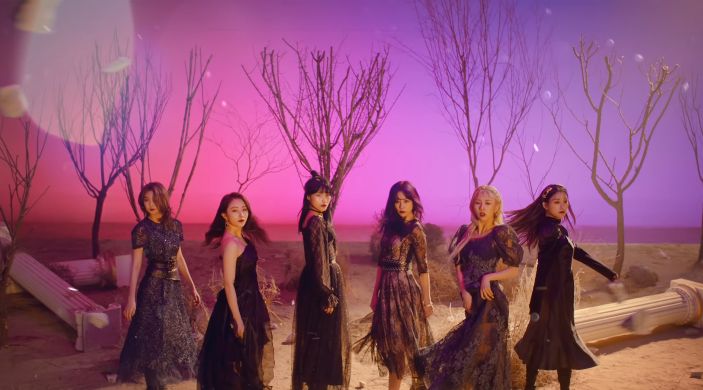 DREAMCATCHER wants to make you ‘Scream’ in comeback MV!

On February 18th, Dreamcatcher released their 1st full album, ‘Dystopia: The Tree of Language’ as well as their title track MV for ‘Scream’. Check them out below!

The song features the signature rock sound of the group however adds more elements of electronics especially in the drop of the chorus. This is combined with choir like vocals in the chorus, creating a dark orchestral feel to the song.

The MV itself is stunning. It starts out with a quote:

‘One day suddenly the light did not come. People forgot how to say good things.’

The light day time instantly switches to night and we see the members stuck in a desolate forest. Snow and flames are burning. But, in the middle of all of it, there is a large living tree with a dark spirited door at its base. One by one, the members enter the door and a dark spirit chases them all around inside the tree. Member Gahyeon then finds a jewel floating with a purple aura and attempts to touch it. Before doing so, it explodes into pieces, creating an earthquake effect surrounding the tree and outside world. By the end, each of the members appears to have their own powers as they all walk away from the tree. The MV ends with a caption saying ‘To Be Continued’.

Throughout the MV we also see the intense choreography for the song. This is elevated with the special effects used in the performance scenes of shining moving lights and changing colours.

Member Handong could not participate in this comeback due to her finishing of schedules in China, however, she will be making her return to the group afterwards.

This comeback marks their return in approximately 5 months since their special mini album, ‘Raid of Dream’ along with title track ‘Deja Vu’. What did you think of Dreamcatcher‘s comeback? Let us know in the comments below!