Eric Nam is heading down under for his Australian tour!

Eric Nam is heading down under for his Australian tour!

It’s official! Eric Nam will be hosting his Australian tour in March! 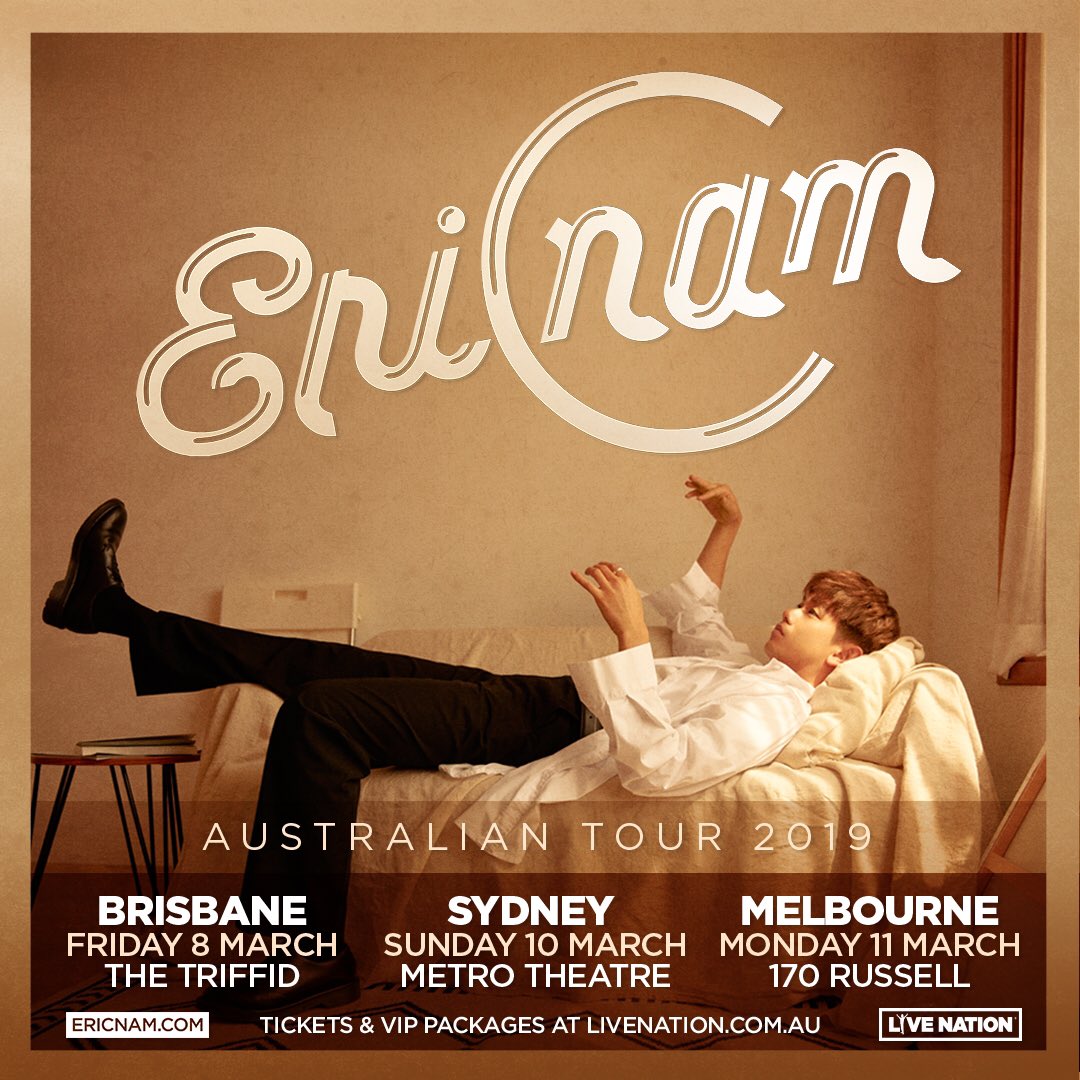 His first destination is Brisbane on March 8th at The Triffid. Next, he will perform in Sydney on March 10th at Metro Theatre. His last stop will be Melbourne on March 11th at 170 Russell.

VIP experiences are available for fans. For $180 AUD, it includes one general admission ticket, a group photo with Eric (groups of 5+ people), one signed poster, and early entry into the venue.

Are you excited for this Australian tour? Let us know in the comments below.

Scroll for more
Tap
IMFACT To Take Over Europe This April
Stray Kids are coming to Melbourne and Sydney for ‘Unveil Tour: I am…’!
Scroll