Here is everything you need to know about the 9th Korean Film Festival in Australia!

Here is everything you need to know about the 9th Korean Film Festival in Australia!

The 9th Korean Film Festival in Australia (KOFFIA) is hitting all the major cities, and it’s happening soon! It will take place in Sydney, Melbourne, Brisbane and Canberra.

Korean cinema is a huge part of the Hallyu wave that took over the world years ago. If you have not invested yourself in Korean cinema, you are missing out. They offer some of the most heart wrenching, heartfelt, and enjoyable movies with star-studded casts and amazing sets. Some of the biggest hits will be making their Australian premiere later this year at KOFFIA in various cities in Australia. It is bound to be one of the most celebrated festivals this year in Australia about Asian culture. The amazing line-up of movies will include something for everyone!

Check out the schedule for KOFFIA below! 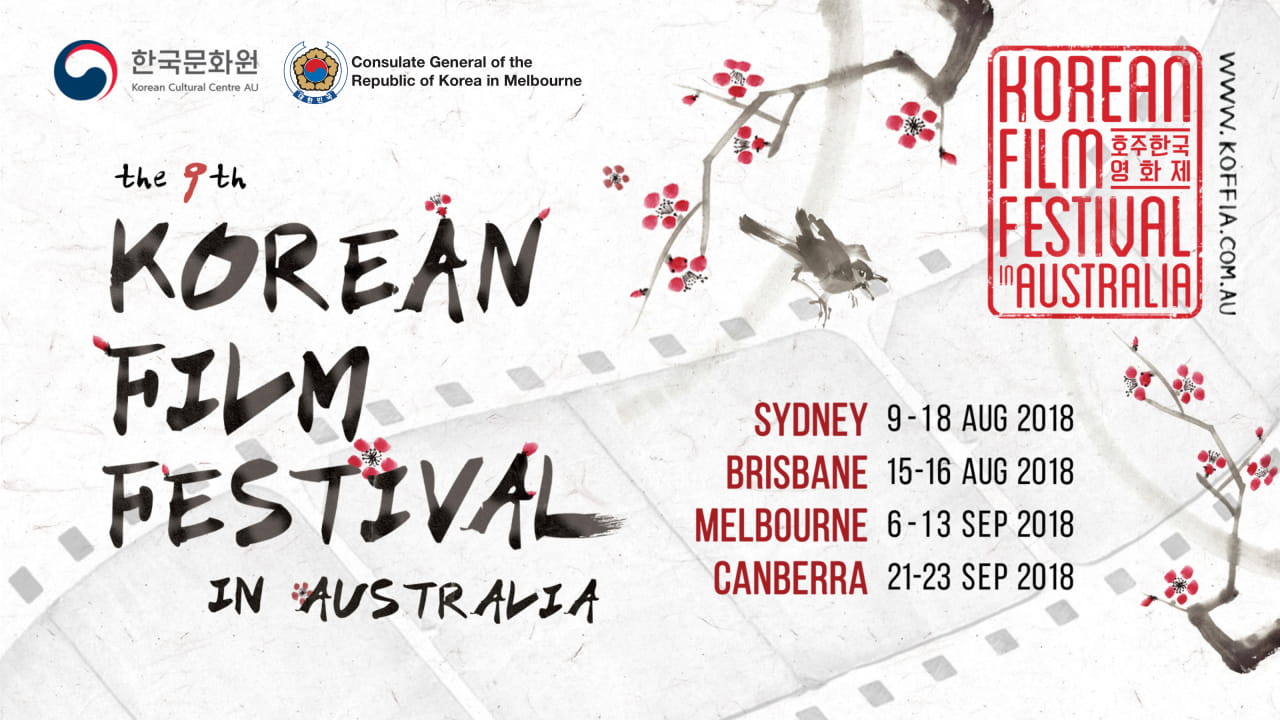 It is currently ongoing in Sydney at the moment. In Sydney, the festival took place from August 9th until August 18th at Dendy Cinema Opera Quays. Next, they will be heading to Brisbane but only for two days, August 15th and 16th, at Elizabeth Picture Theatre. They will then head over to Melbourne for one week from September 6th to 13th at ACMI, Australian Centre for the Moving Image. The final stop for KOFFIA is Canberra. From September 21st to 23rd, the festival will be held at Palace Electric Cinema.

Take a look at Melbourne’s schedule for KOFFIA below! 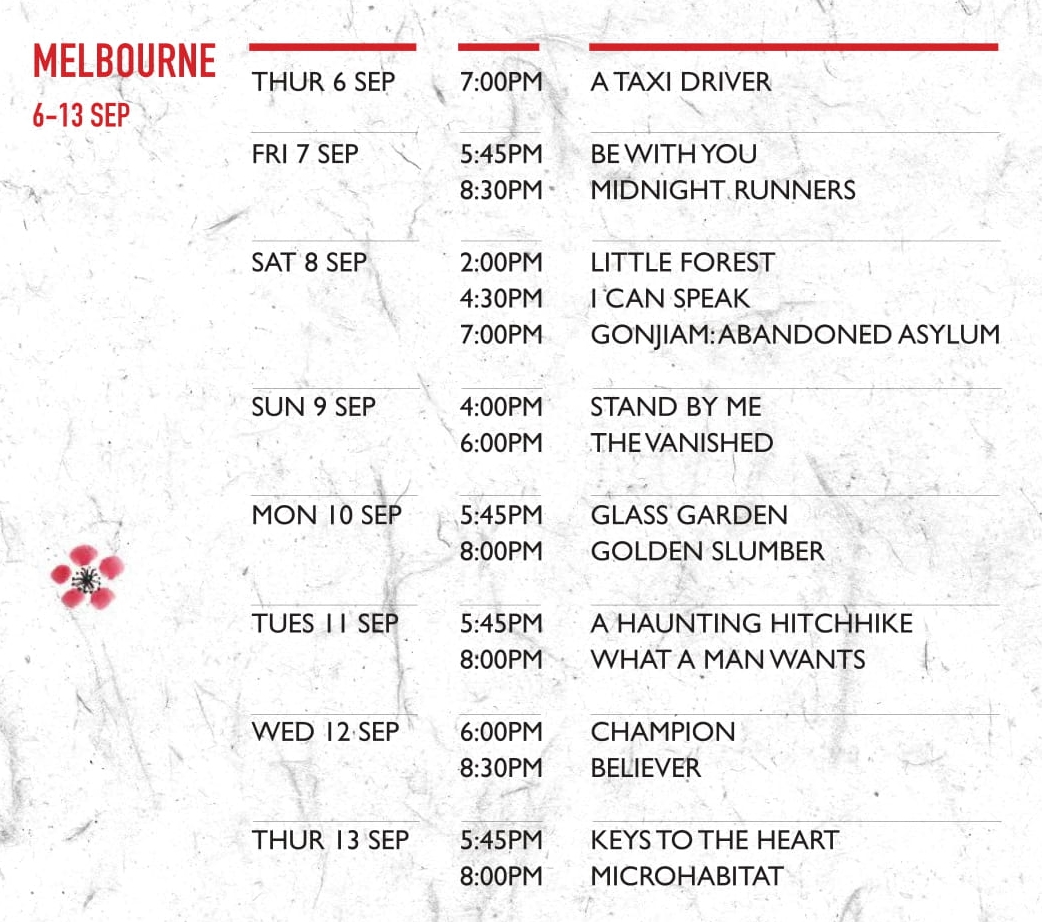 For the Melbourne festival, movies will be most usually be shown at night, except for the weekend. This means it is easier for people who work and go to university to attend the festival. The festival will kick off with a showing of ‘A Taxi Driver‘ on opening night. It will definitely be an amazing week for lovers of Korean cinema. A large and diverse range of movies will be on display throughout the week. These movies cover a range of genres from horror to romance, so there’s definitely something for everyone. 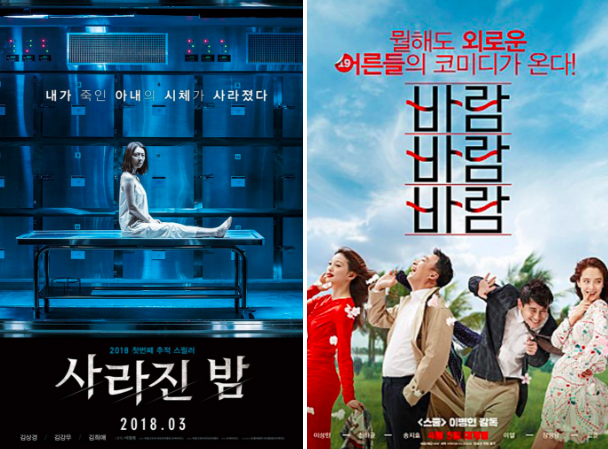 Not all the movies will be shown at every location. Watch out for an upcoming post about the information and details of the movies being screened in Melbourne!

One single ticket for adults is $16, while concession tickets are $12. There is also a 4-session pass that is available. This pass allows one person to see four films at a discounted price, so it is really worth it. However, it is only available offline at the venue’s box office. Furthermore, sessions must be selected at the time of purchase. You can book by selecting which movie you want to watch, by selecting the cinema, or simply by contacting them. Visit this website to purchase tickets.

The festival will also include guests like directors Chang Hang-jun and Jeon Go-woon, as well as producers Jang Won-seok and Kim Soon-mo. These guests will take part in a special Q&A session exclusive to KOFFIA. Find out more information about the festival guests here.

What do you think of the film line-up for KOFFIA 2018? Will you be attending KOFFIA this year? Let us know in the comments below!

Scroll for more
Tap
Winners for the soundcheck for Wanna One’s ‘One: The World’ in Melbourne concert revealed!
16 movies that you should check out at the 9th Korean Film Festival in Melbourne!
Scroll