One of the world’s most renowned violinist Sarah Chang visited Prague, Czech Republic, on September 2nd for a concert. She performed together with AYO orchestra and it was a very remarkable evening!

The concert took place in the very honorable building of Municipal Hall. This Art Nouveau building breaths out glamour and its whole atmosphere is ideal for a classical concert. Just by coming through the front door, your heart knows you are going to experience something that will touch your inner soul.

The concert started off with a symphonic poem ‘Don Juan‘ by Richard Strauss. This composition is known by always appearing in professional orchestral auditions as there are too many technical and musical demands on each of the instruments to count. The AYO orchestra members delivered the poem greatly, sending shivers down the spine of everyone in the audience by how masterly they handled this piece! 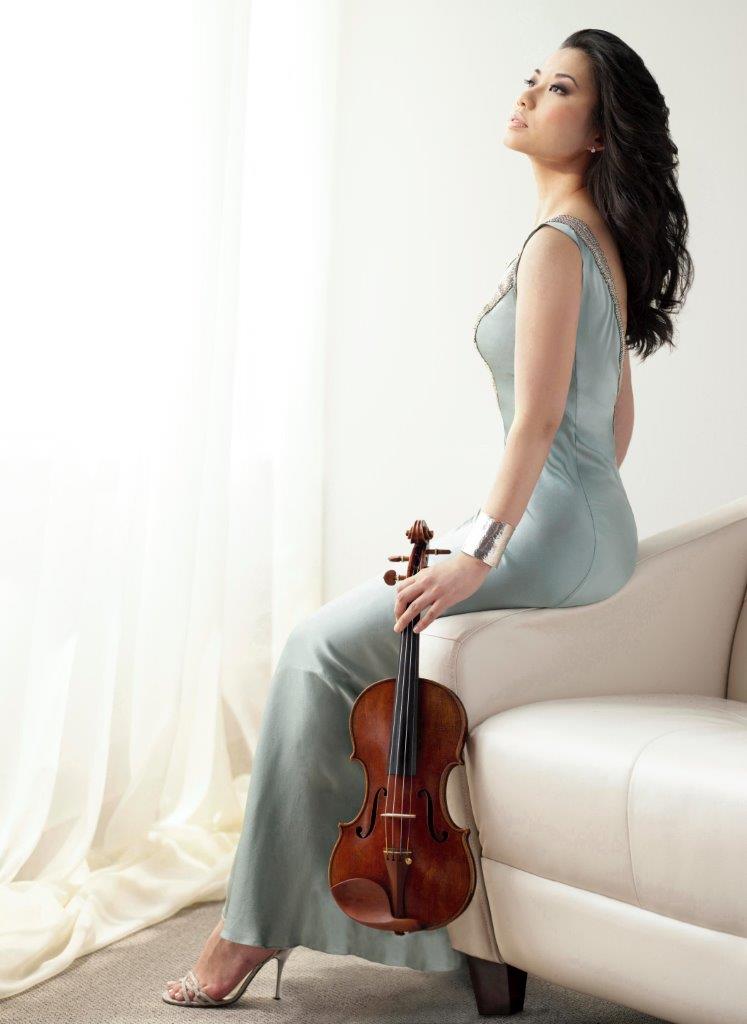 The next part was dedicated to Jean Sibelius and it was this part of the concert everyone was so looking forward to. Ms. Chang stepped on the stage in a gorgeous red dress decorated with crystals. When the Sibelius´s ‘Violin concerto D Minor‘ started, everyone gasped upon hearing the heavenly melody. Ms. Chang´s fingers moved in a speed no one could imagine and each note was delivered with a big dedication.  When the whole orchestra joined her it was a journey that brought tears to one´s eyes. The synchronization and passion for the piece was almost tangible. They delivered the intensity of this composition amazingly and it was with no doubt one of the best performances of classical music Prague has seen this year.

After a short break, the concert continued with well-known ‘Symphony no. 7‘ by Ludwig van Beethoven. People smiled when they realized the melodies are very familiar to them, especially the last part ‘Allegro con brio‘. It was a perfect ending of a perfect concert. Ms. Chang came back on the stage after this last part when it was time to truly end the evening. People stood up to applaud her greatly and they did not stop even when Ms. Chang went back to backstage to show again shortly after. She smiled widely as if she knew what a magical experience they just gave to everyone. Because people were, for sure, leaving with cleared minds and hearts filled with joy.

We would like to thank from the bottom of our heart to Panart for bringing AYO orchestra and the incredible Ms. Chang to Czech as well. We were very honored to be a part of this concert.