EXID prepares for their Japanese debut with the opening of their official Japanese website!

EXID prepares for their Japanese debut with the opening of their official Japanese website! 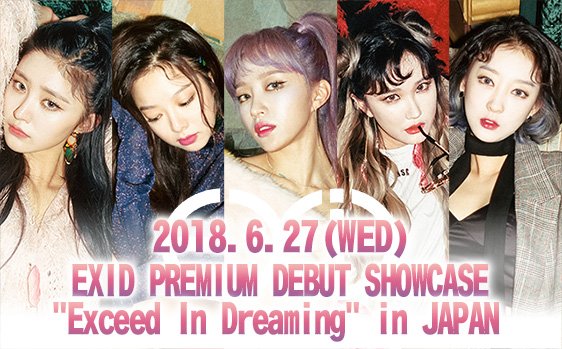 However, unfortunate news is that Solji will not be part of this showcase. The four members who will appear are LE, Hani, Hyerin and Jeonghwa. Solji is currently inactive due to treatment and will not be appearing.

Meanwhile, they have also launched their official Japanese fan club. The membership benefits include the membership card, be given original goods when joining, a newsletter, shipping of greeting cards, ticket advancement reservations at live shows that EXID appears on, fan club event holding, sales of fan club limited goods and much more!

You’ll also be updated on all of EXID‘s activities in Japan on their official website! Also, be sure to follow them on Twitter to keep up to date with their Japanese activities. Their first event will be held at Zepp Tokyo on June 27th, which will mark their debut showcase!