On July 21st, Mnet announced that, “Through NAVER TV Cast and TVing at 8 p.m. KST, a live broadcast of ‘Unpretty Rapstar 3‘ will have a one on one rap battle and that will affect on who gets eliminated.” 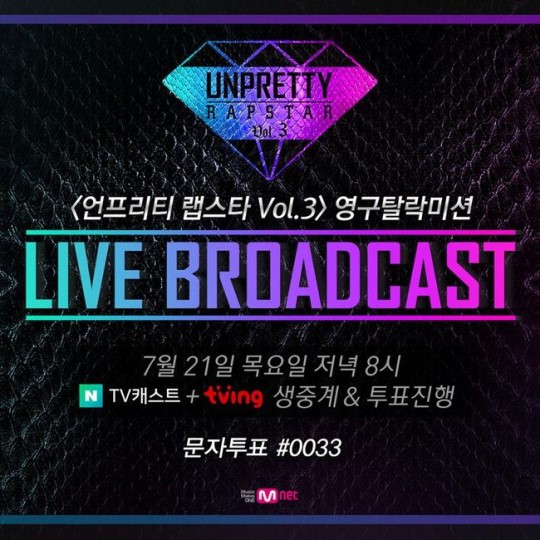 There are a total of five missions where each rapper will be paired up against one another. Meanwhile, the theme of the missions will be unveiled at the same time of the live broadcast. When the rappers are performing live,  viewers will have a chance to vote for their favorite rappers within a 30 minute time limit.

The PD of “Unpretty Rapstar 3” commented, “This live mission will showcase each of the rapper’s image and skills to the general public. It is also a mission that will influence eliminations, so the production team and those who are appearing on the show are very anxious. The 10 rappers are working diligently in hopes to own the stage and inspire the viewers.”

Let us know which rapper you are looking forward to in the comments below. Stay tuned with Officially KMusic as we bring you the latest news from Korean Entertainment!