FT Island is getting ready to release their 5th album “I Will,” and the fans are extremely excited, since this will be their first Korean comeback in two years.

The teasing started with the release of a website for their new album. In it, you can access five different tabs that will be open on different dates. According to the tabs, their pre-release song will be out on March 17th, the album tracklist on the 18th, a special teaser on the 20th and, finally, the album and MV on the 23rd.

Then, as promised, they release the jacket image for the album earlier today. Dressed in elegant clothes, the members show a refined and mature look in a black-and white photo, hinting that their new single will be deep and touching like the most recent ones. Check it out: 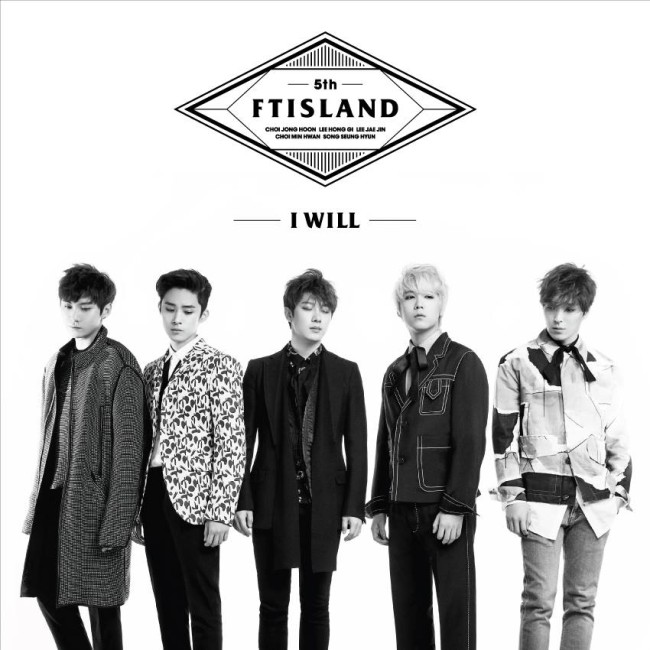 What do you expect from this new album? FT Island is a well-known K-Pop group and I couldn’t be more excited. Two years is a long time to wait for a Korean comeback, but I have no doubt it will be well worth it in the end!

FNC Entertainment has promised us many teasers before the official comeback, so stay tuned to Officially Kmusic in order not to miss anything!