For the photo shoot Krystal took part in the collaboration between KEDS and Nylon. Krystal poses in casual  outfits while lounging around, such as boyfriend jeans, oxford shirts, crew neck sweaters perfect for the autumn weather which is a reflection of her own personal style. The looks are all completed with KEDS, giving it the preppy look. 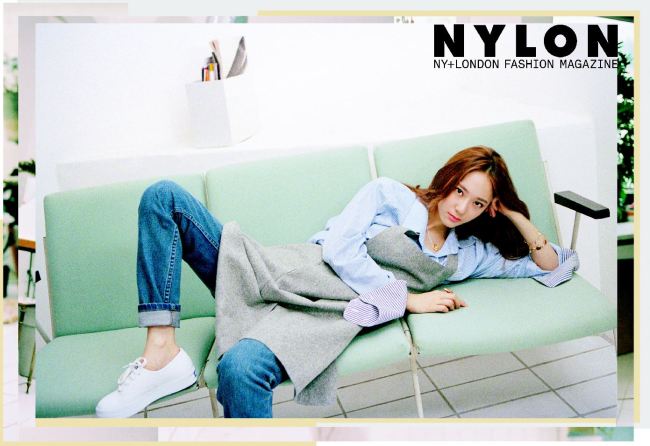 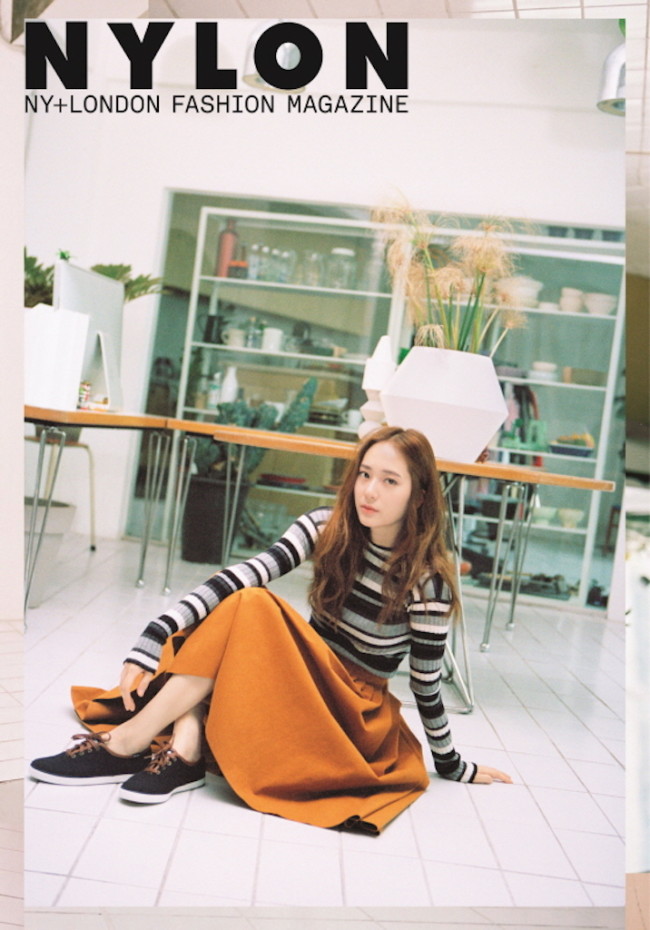 Above all that, Krystal really catches you with her feminine features, giving the looks a soft touch with her elegance and poise, not just physically but also mentally as she candidly revealed one major milestone which is f(x)’s sixth year anniversary since debut and what she is trying to do with her life and aspire to do now that she is in her twenties.