Previously, it was revealed that the artist behind YG Entertainment‘s mysterious “Who’s Next?” teaser image to be none other than 2NE1‘s leader: CL. Read more about it here.

BIGBANG fans have criticized YG as the date of CL‘s comeback lands on August 19th which is also BIGBANG‘s debut anniversary date. Additional, this year is the group’s 10th anniversary in which fans were almost convinced that the artist behind the teaser image would be BIGBANG.

Undeterred by fans’ unhappiness, BIGBANG‘s leader: G-Dragon, has shown his support for CL‘s solo comeback as he has shared an album work for “Lifted” on his Instagram. 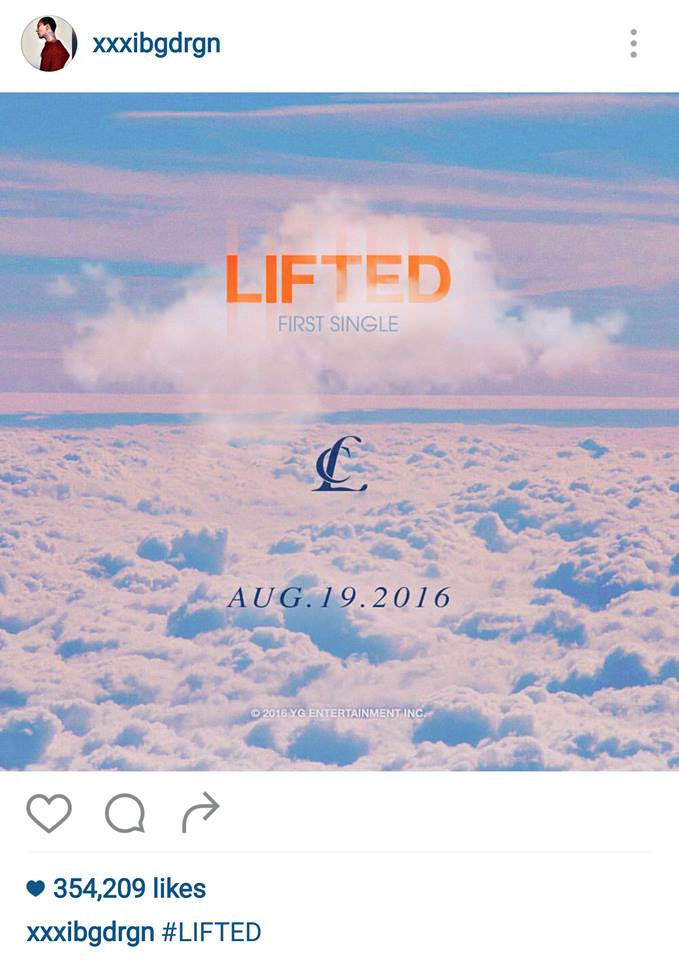 Following a photo of CL‘s first teaser image, she writes, “CL is finally back. I think my eyes are going to pop from all the waiting. Everyone – please give CL a lot of support. Lee Chae Rin Fighting! 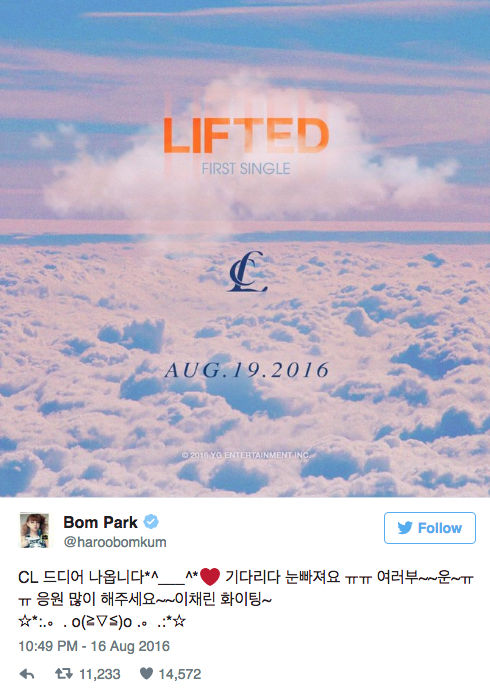 CL has made solo releases in the past before, but “Lifted” will mark CL’s official American debut single following the release of her promotional track “HELLO BI+CHES.”

Scroll for more
Tap
Happy Birthday to Eunji of APINK!
EXO’S Kai Will Not Be Promoting ‘LOTTO’ Due To Injury
Scroll
Loading Comments...