Only hours before the online release of his solo comeback album ‘Kwon Ji Yong’, G-Dragon has released the track listing and a cover image for each track.

The album will feature of a total of five (5) songs, including ‘BULLSH*T’ and the title track ‘Untitled, 2014’. 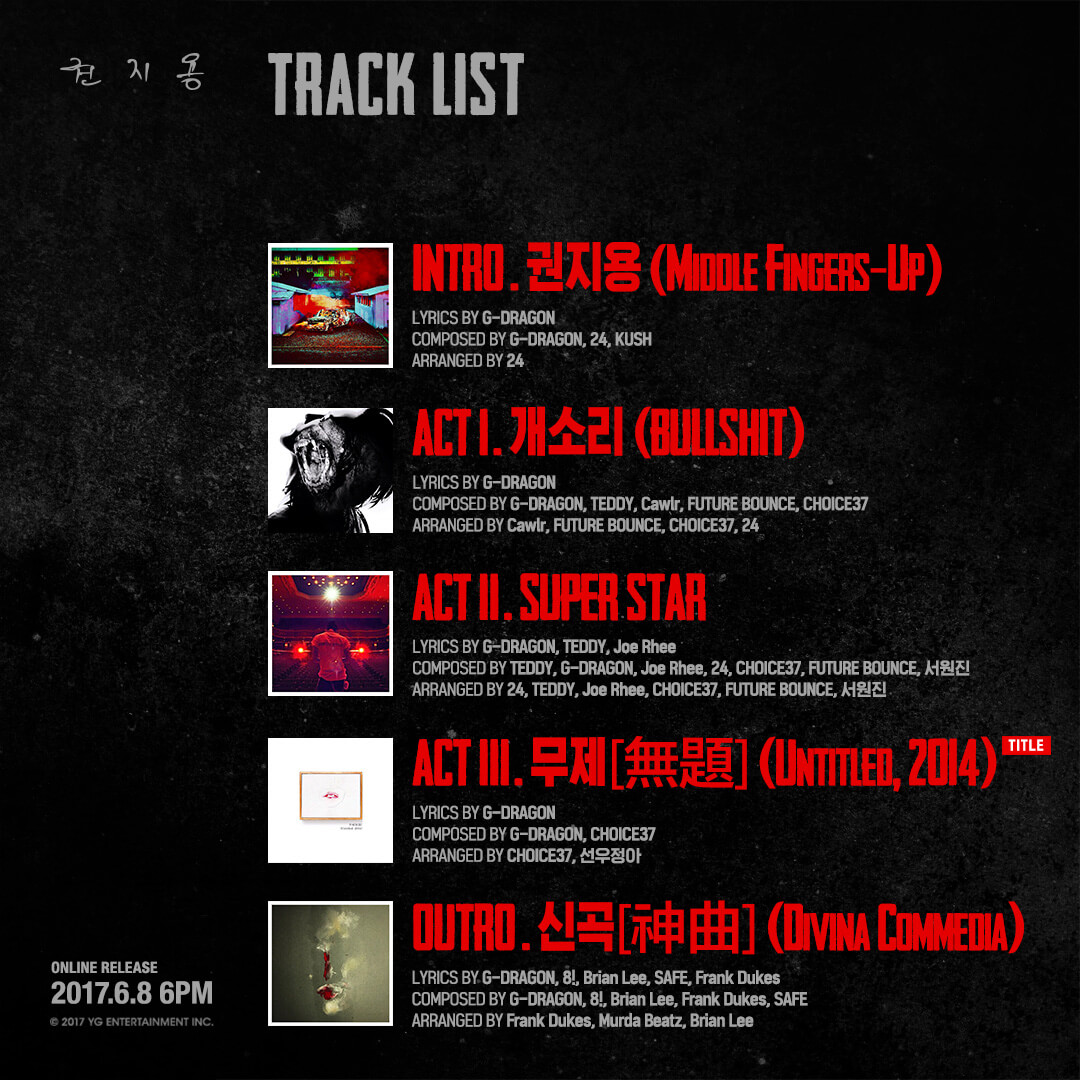 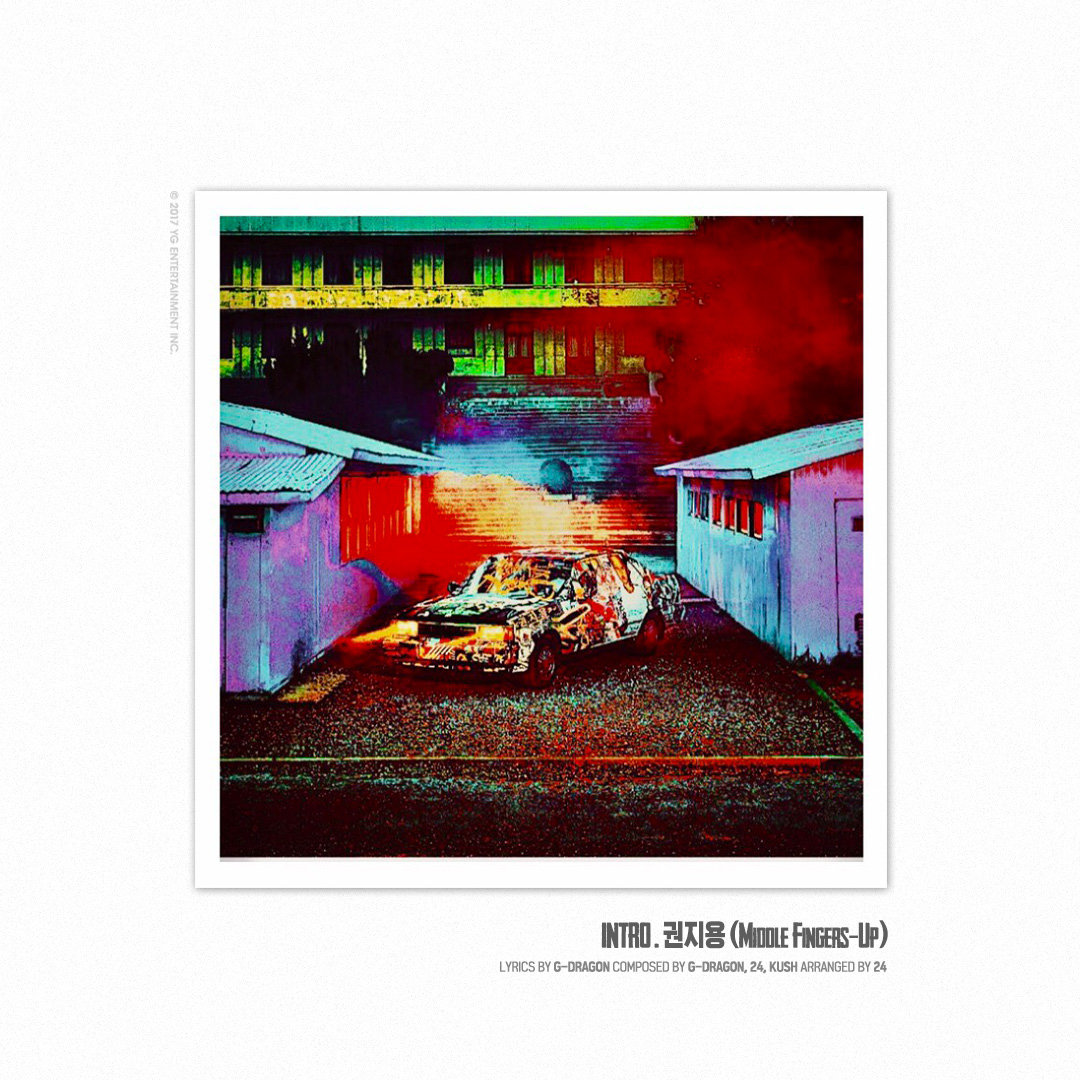 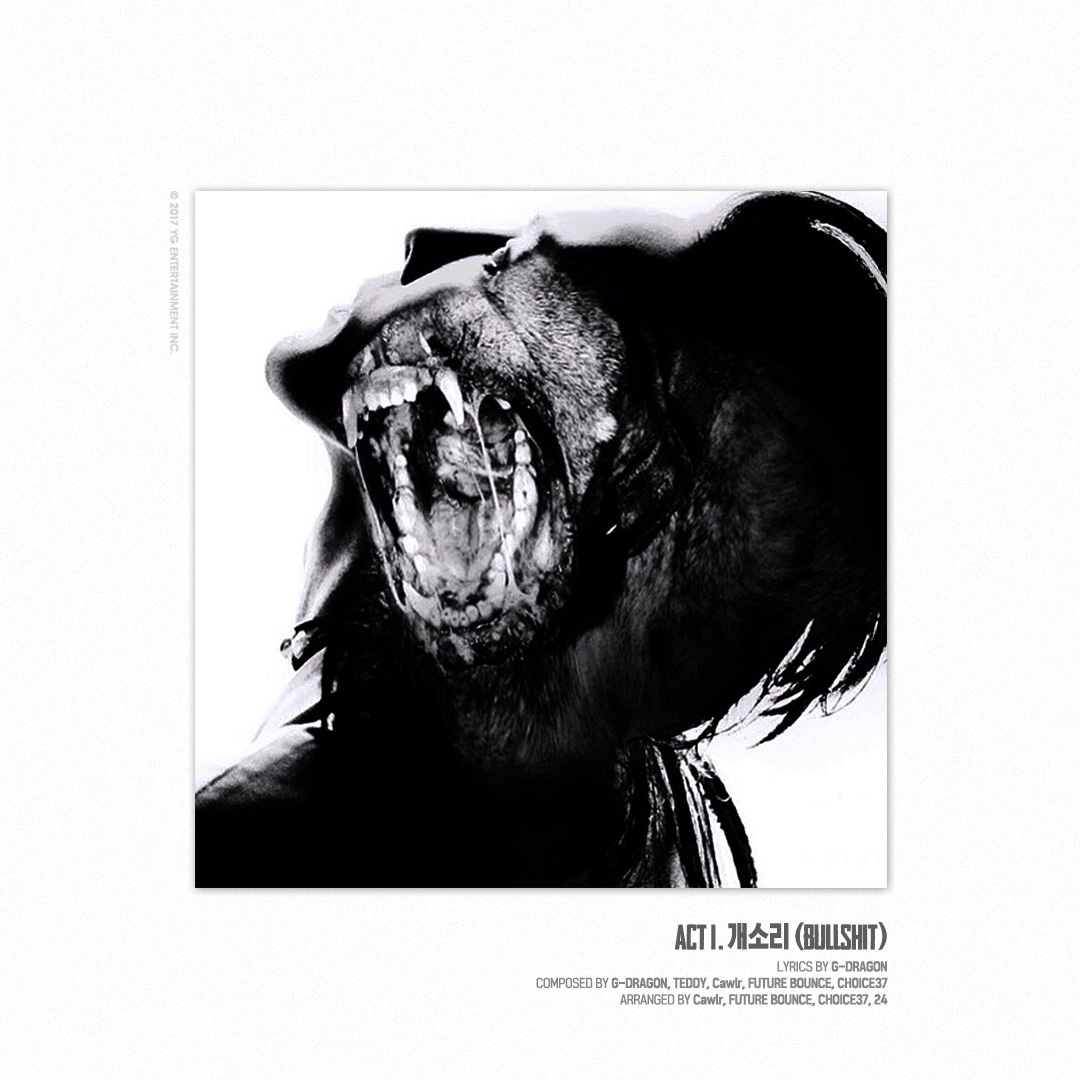 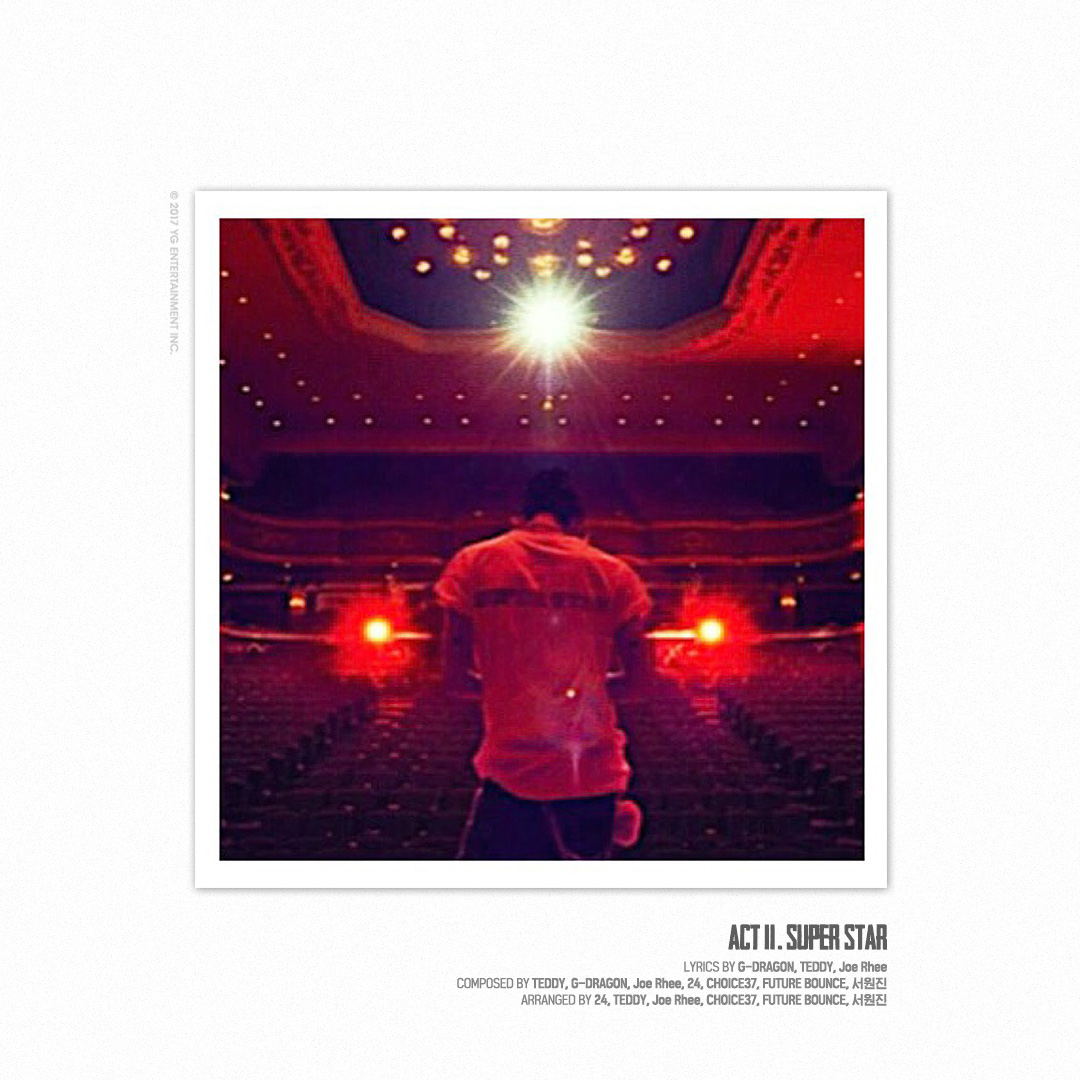 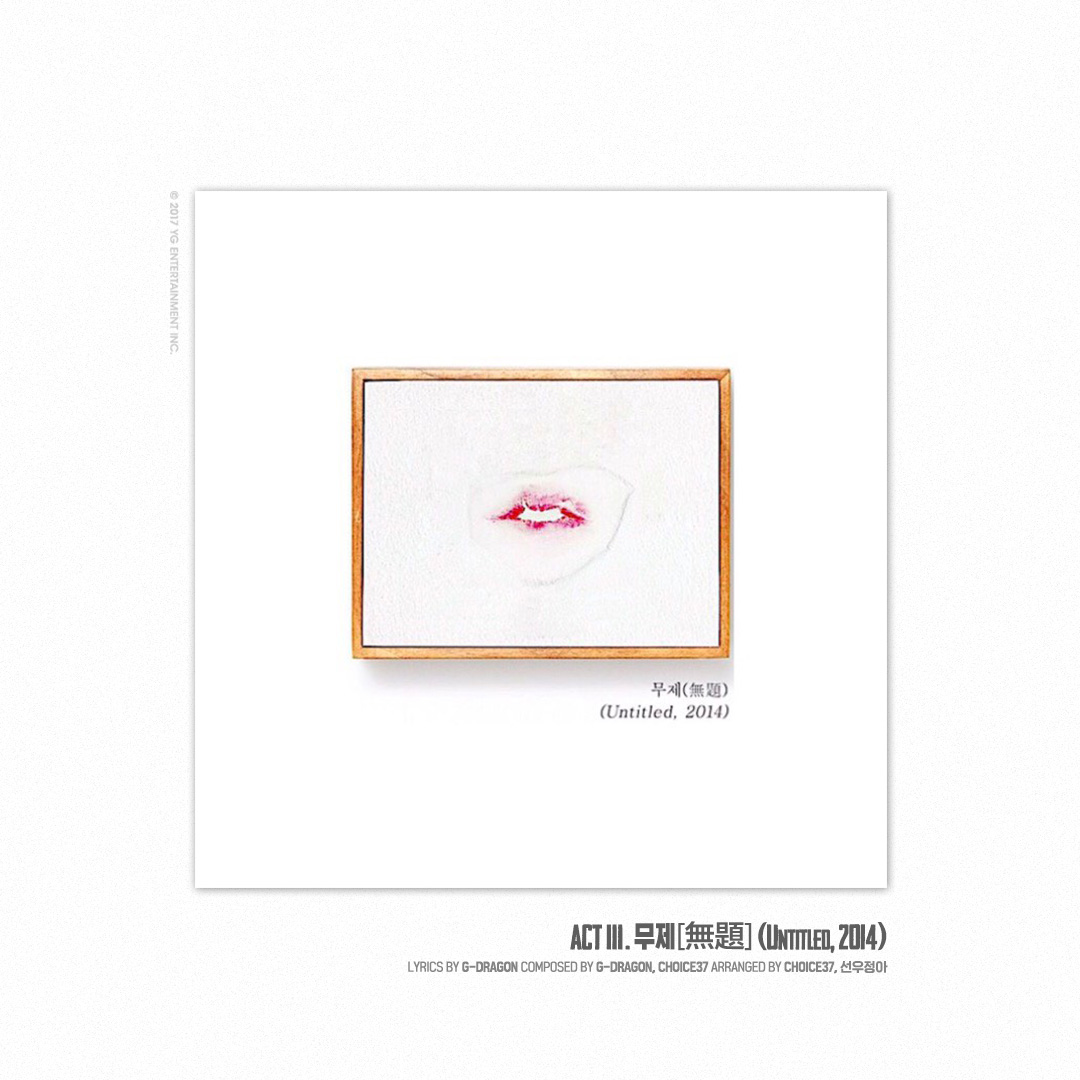 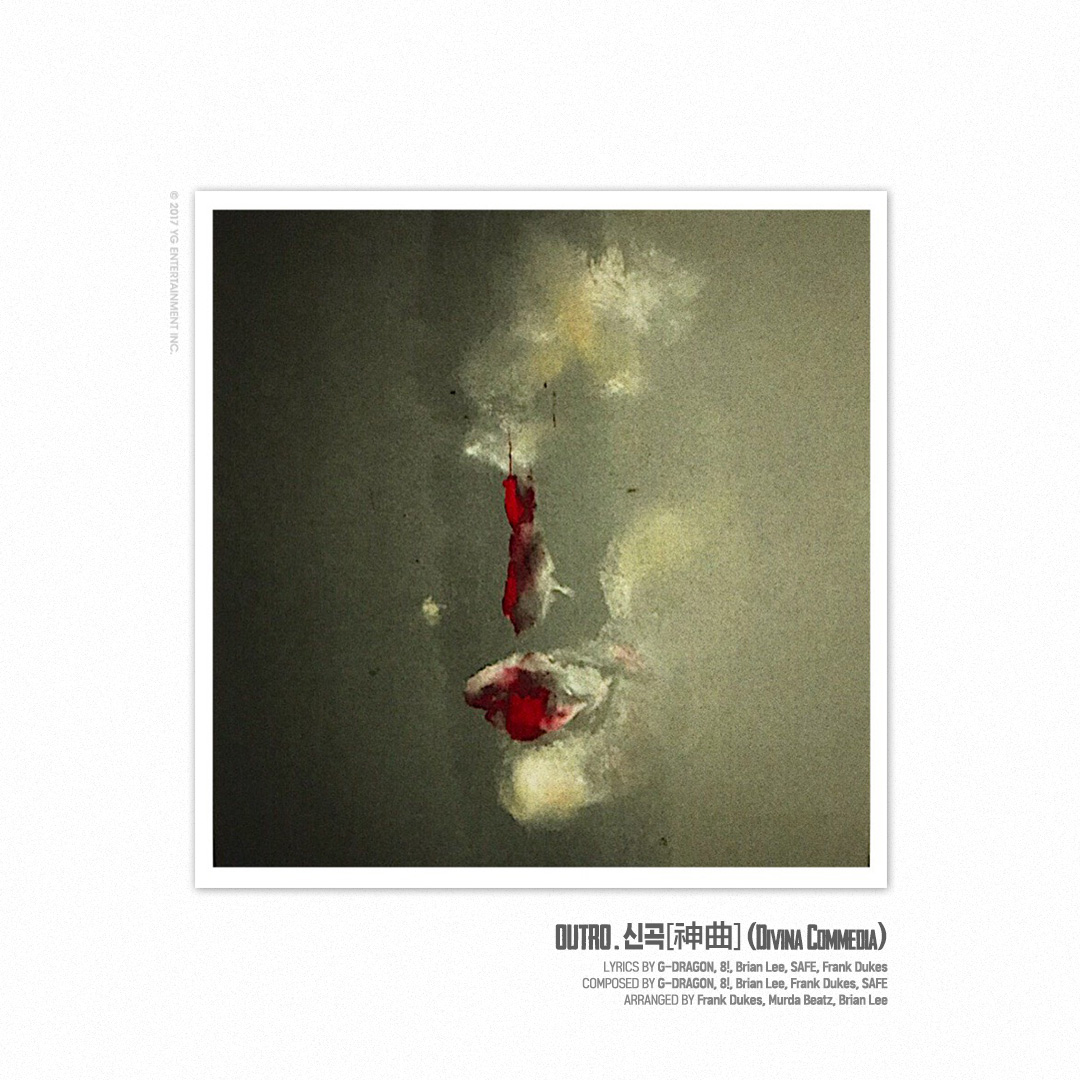 YG Entertainment have previously told us that with this album G-Dragon is giving us the type of music he wants to do. He has been involved in every process of creating the album.

The album will be released later today at 6pm KST along with the music video for ‘Untitled, 2014’. G-Dragon world tour ‘ACT III, MOTTE’ will commence on June 10 in Seoul.

Stay tuned to Officially Kmusic for all the latest on G-Dragon’s solo comeback and his world tour!