G-Dragon and Taeyang Battle it Out Trainee Style

G-Dragon and Taeyang Battle it Out Trainee Style

It’s pretty hard to remember our favorite artists who are extremely successful now, that were once plain-looking average trainees.

On Mnet’s ‘WIN’,  Team A and Team B are to battle it out with BIGBANG’s G-Dragon and Taeyang. Tempers fly and frustration bubbles inside the trainees on the show.  The atmosphere they knew so well made G-Dragon reminisce the 6 years he spent as a trainee in YG Entertainment.

The two have been friends ever since they met at YG Entertainment, which has been for more than 13 years.  Hopefully, G-Dragon may just once top  this battle like he tops the charts with his #1 hits.

Who Do you think will win?  Taeyang or G-Dragon? 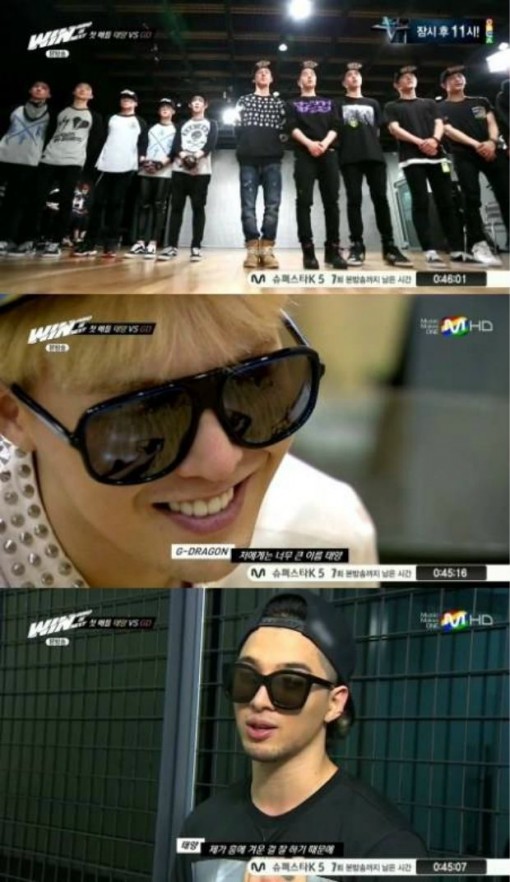