Get Ready For Korea Times Music Festival In LA

Get Ready For Korea Times Music Festival In LA

The 14th Korea Times Music Festival, abbreviated as KTMF, is coming to Los Angeles on May 7th. This festival is geared towards all generations, so fans can look forward to seeing not only pop idol groups, but also traditional trot singers. “It is the perfect night to bring the family together for a night that the whole family can enjoy” is how KTMF’s site describes this unique event.

Since this is a must-visit event for all K-Pop lovers, we are introducing you the full thrilling line-up! 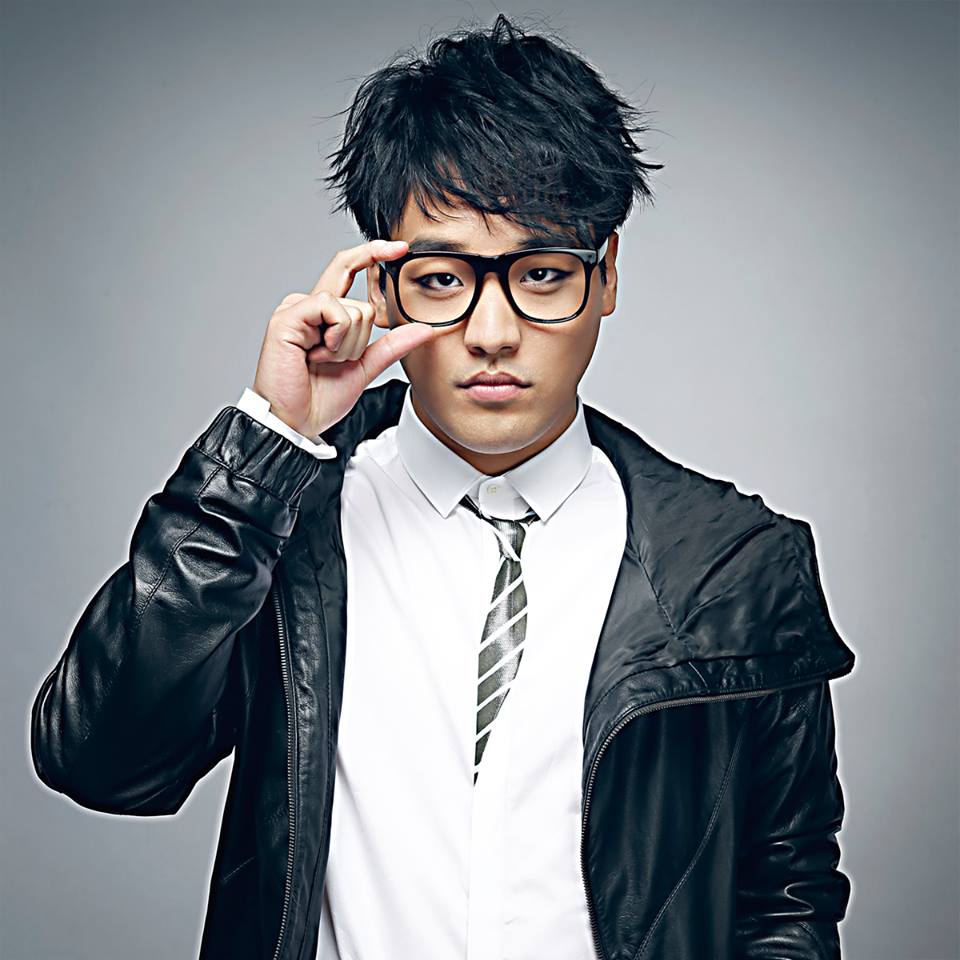 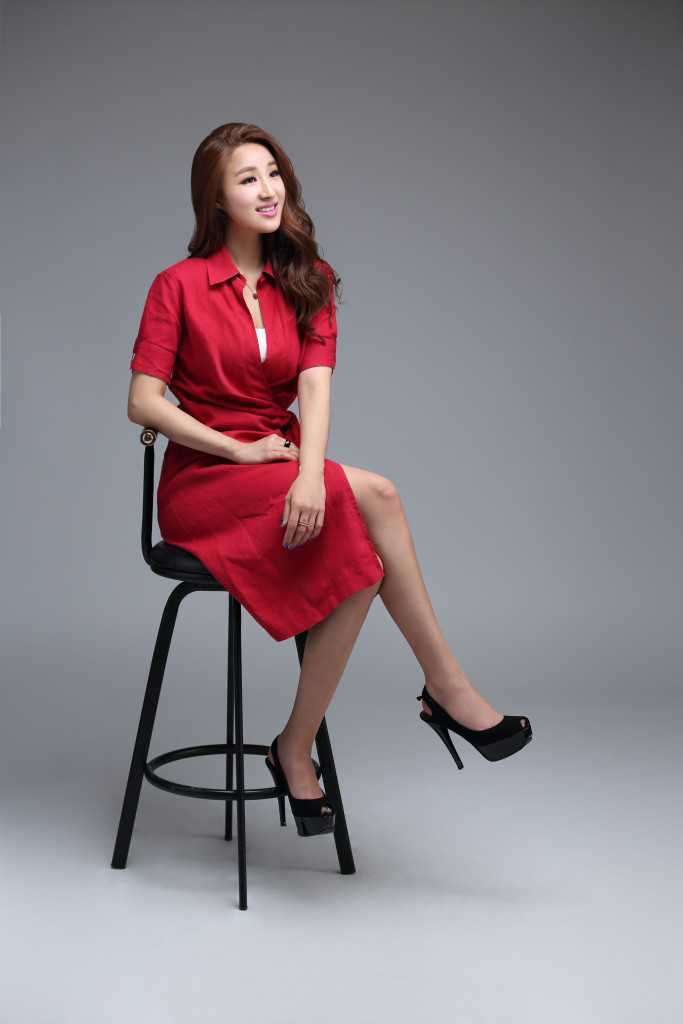 The show will be hosted by Jenny Jo and HeeJun. Jenny is a broadcaster at Arirang Radio, an international English-language based broadcasting station. She also worked as a model and represented Korea as ‘Miss Korea USA.’ HeeJun was the first Korean-American to make it to the finals of ‘American Idol‘ and most of his performances even brought tears to the judges’ eyes. 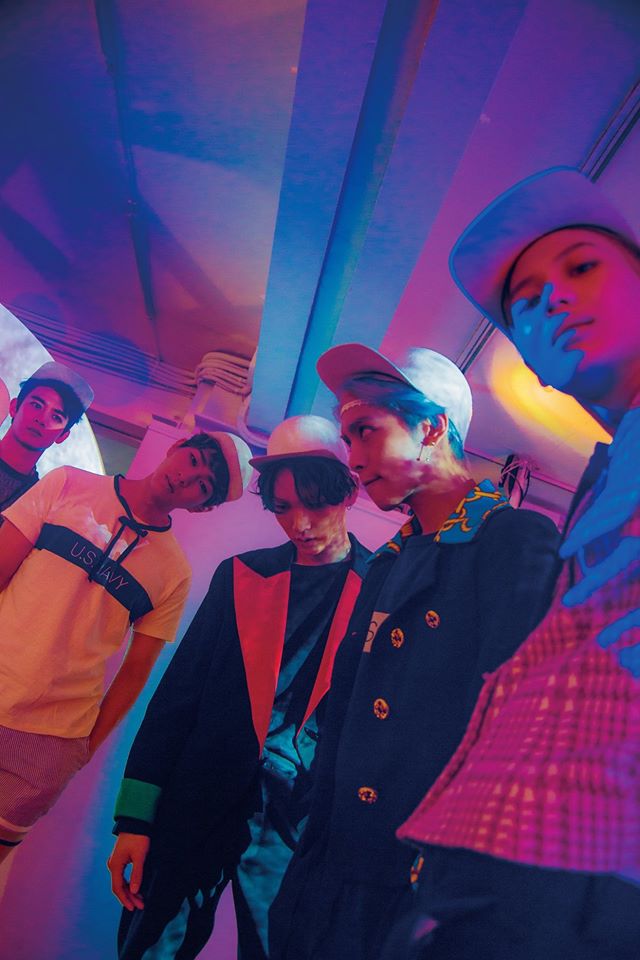 Onew, Jonghyun, Key, Minho, and Taemin will be performing at KTMS for the first time. Their last album ‘Odd’ gained a lot of love from fans all over the world, and the title track of the album ‘View’ has almost 25 million views on YouTube. We can surely expect this song to be performed! 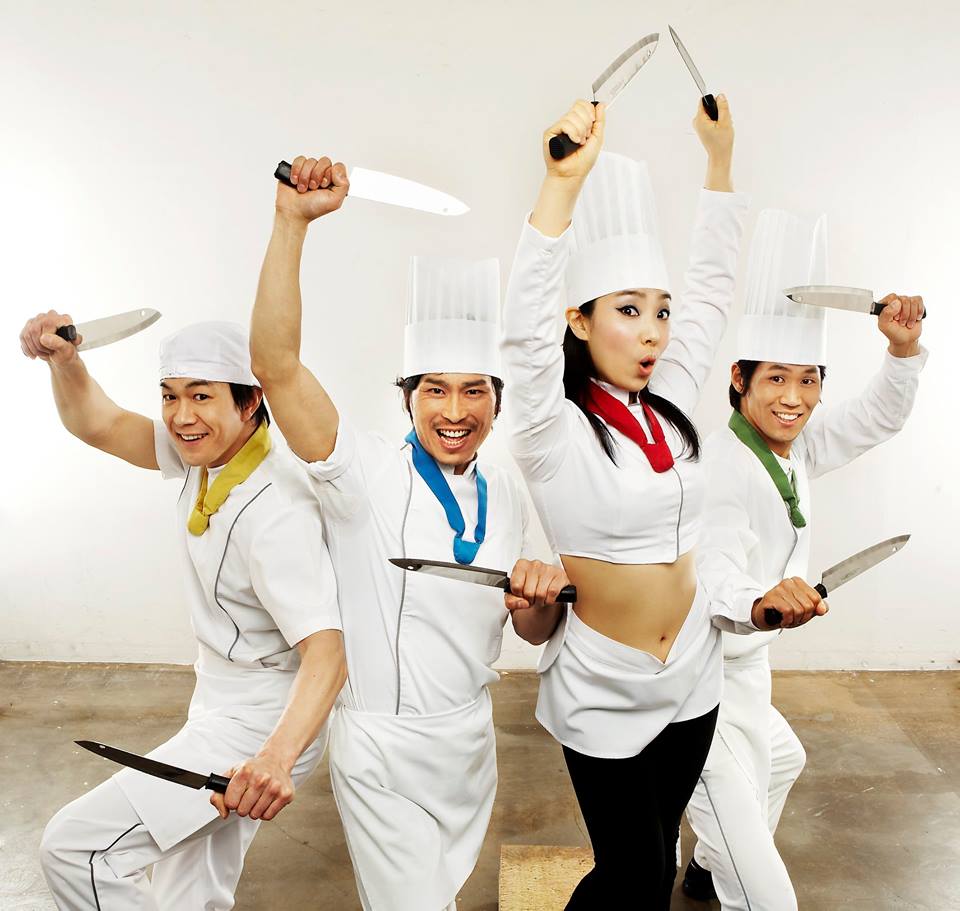 This non-verbal comedy show will make you forget all your troubles. The main story is a simple one: cooks are attempting to finish the preparation for a wedding banquet. However, they have a new colleague that makes things a bit complicated as he can´t cook well and is very clumsy. The show is filled with acrobatics, magic tricks, pantomime, comedy, and even audience participation. The musical uses a samul nori music with the use of knives, cutting boards, and water canisters. 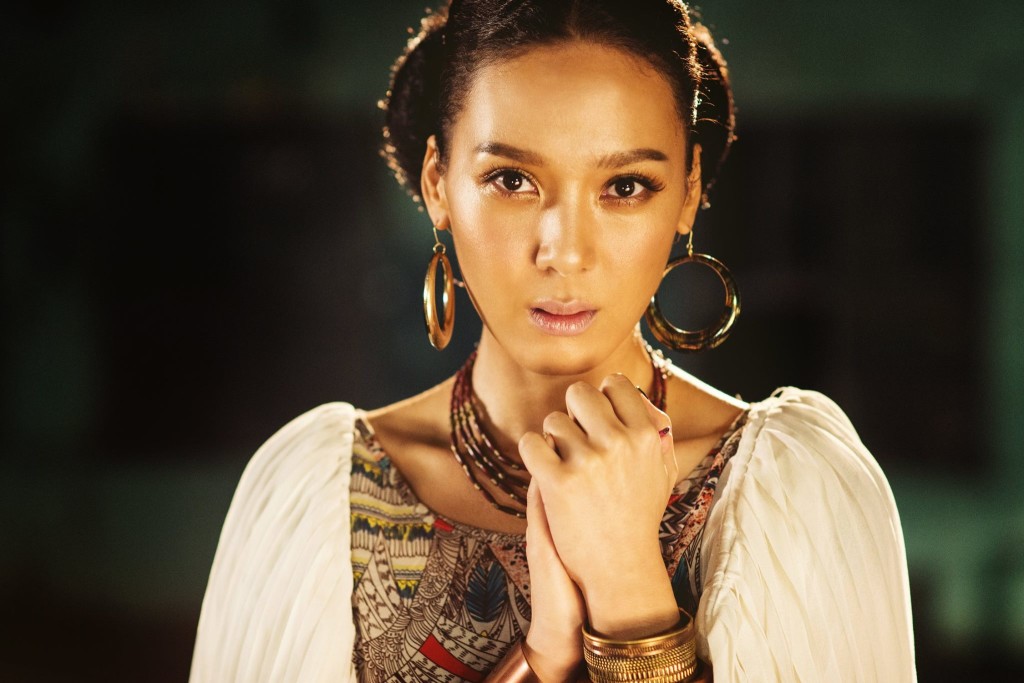 Mirae is an American-born rapper and singer who is considered to be one of the best female rappers in Korea. She debuted as a soloist in 2001 with her first album ‘As Time Goes By.’ Currently, she is a part of hip-hop trio called MFBTY. The group´s first single ‘Sweet dream’ topped Korean music charts shortly after release. 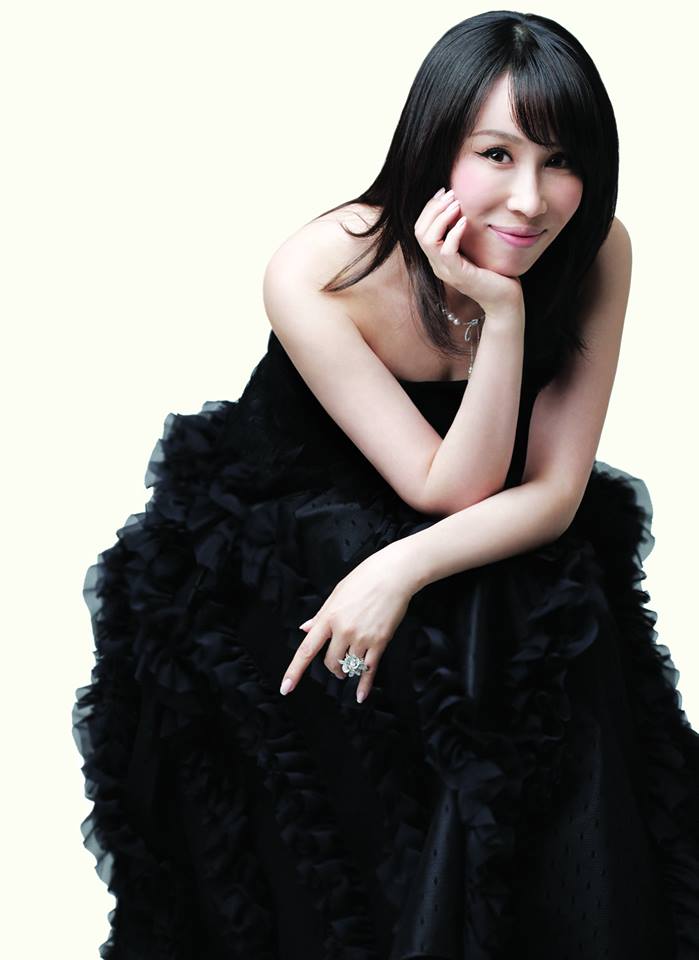 You cannot miss this fairy-like soprano. She studied at Juilliard School in NYC and debuted as an opera singer as Susana in ‘Le Nozze di Figaro’ (The Marriage of Figaro) in 1989. Youngok specializes in coloratura soprano which is a type of opera soprano voice that is distinguished by leaps, thrills, and agile runs. Her voice is very unique, and you should not miss the change to hear her sing live. 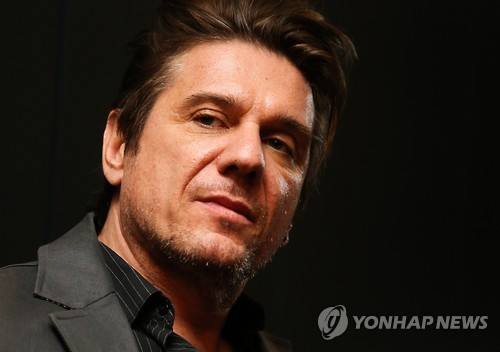 Miljenko is the lead vocalist of rock band Steelheart. He is also in charge of rhythm guitar, acoustic guitar, and piano. The band debuted in 1990 with their self-titled album. Their second single ‘I Will Never Let You Go’ was the second most requested video on MTV. 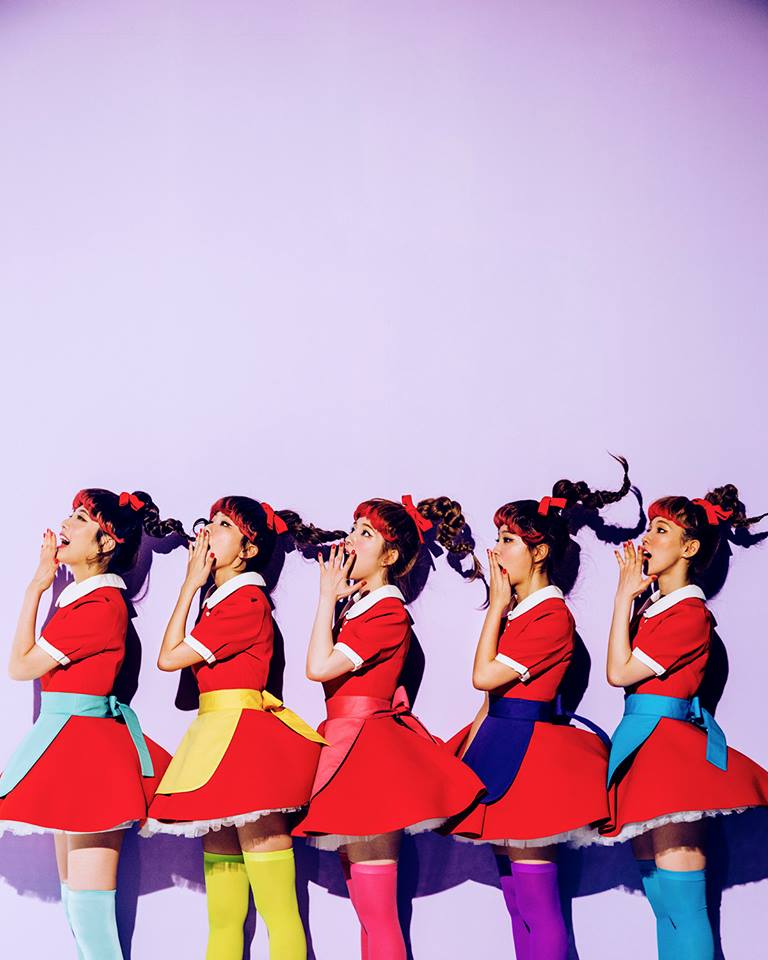 The group is composed of five members and debuted in 2014 with their single ‘Happiness.’ This song´s video has an amazing count of views, more than 30 million! Their latest mini album ‘The Velvet’ was released this March and has dream-like scenes that were praised by viewers. 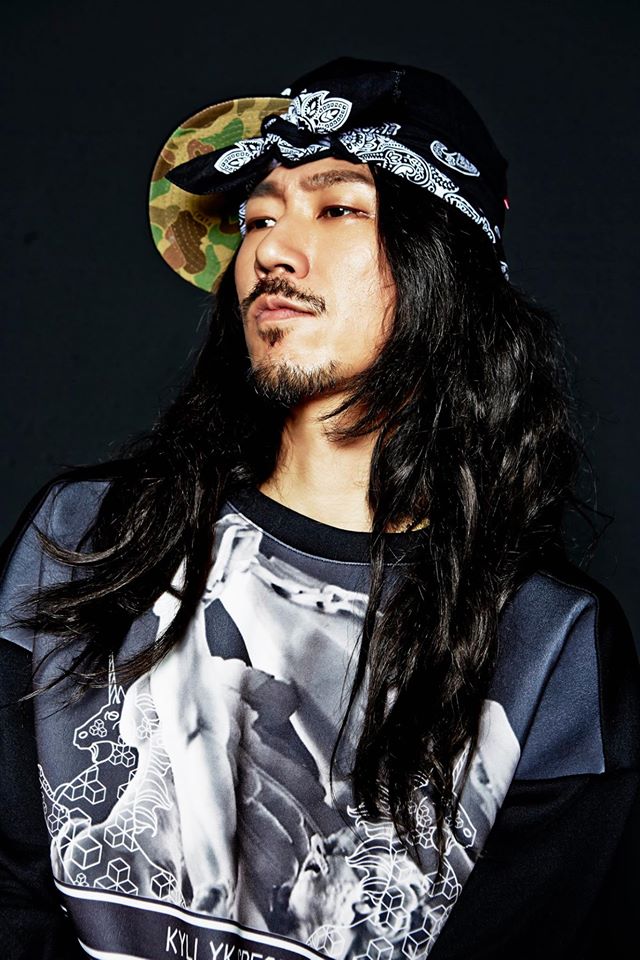 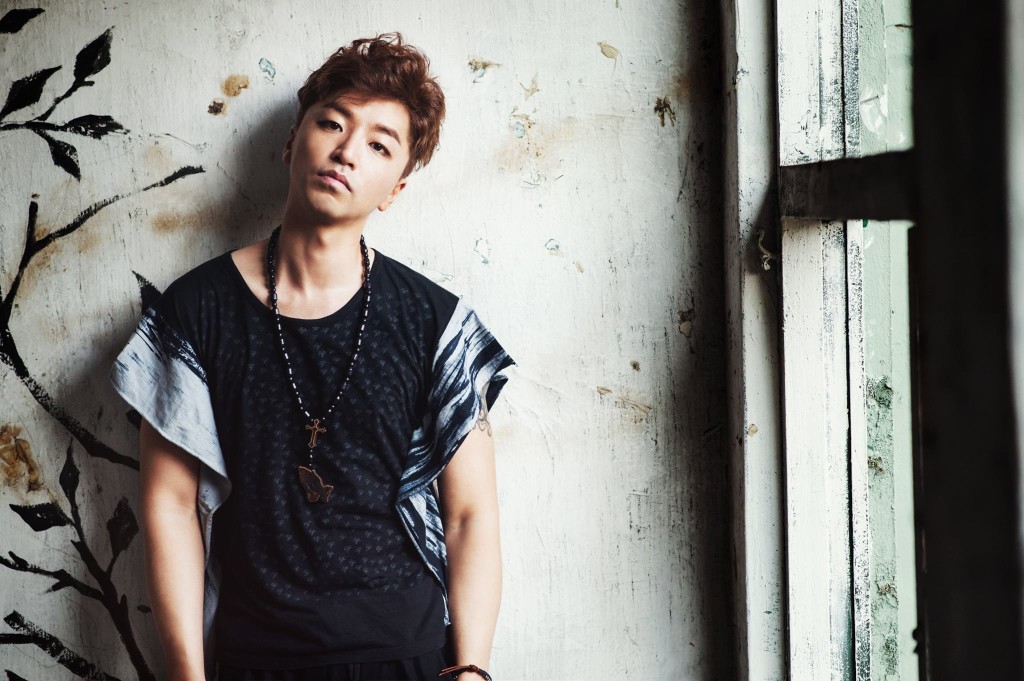 Tiger JK is a Korean-American rapper, record producer, and entrepreneur. He also founded two recording labels: Jungle Entertainment and Fell Ghood Music. He is a member of the trio MFBTY with Yoon Mirae and Bizzy. In 2011 The LA Times referred to him as “the most popular Korean rapper in America, Asia, and the world.”

Bizzy started off his music career in 2001 when he became a member of hip-hop crew Yucka Squad. His debut song ‘We Movin´ In’ is part of rapper Smokie J´s compilation album. Bizzy joined MFBTY in 2013, and together, they released their ‘Sweet dream’ debut album. 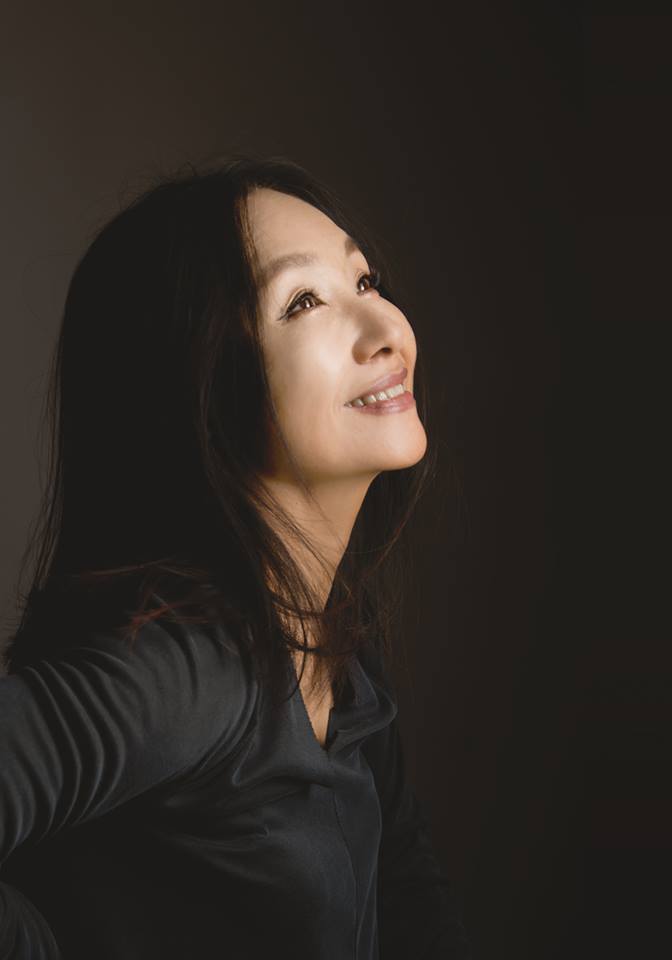 Classic rock singer, Youngae, came back to the music scene after 15 years from releasing her last album. She is often referred to as the ‘Sound Witch’ for her deep vocals of 80’s psychedelic music style. Recently, she collaborated with Ailee to celebrate 20 years of Mnet by releasing the song ‘Heart of Twenty.’

Jonghoon, Hongki, Jaejing, Minhwan, and Seunghyun debuted in 2007 with ‘Love sick’ and made their debut in Japan three years after that. So far, they have released 14 album, 8 mini albums, and numerous singles. Their last Korean album was ‘I Will’ with title track ‘Pray.’ All of the members actively take part in composing their music and writing lyrics. 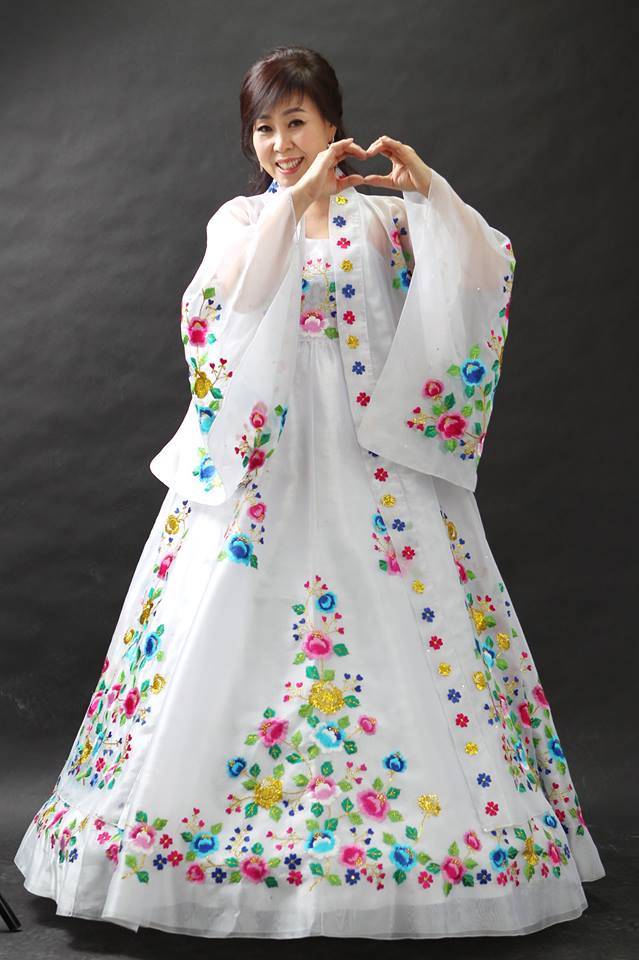 This Canadian-born rock and jazz singer released several hits in the 80’s and 90’s, ie. ‘Whatcha Do to My Body’ or ‘Sex With Love.’ She debuted in 1982 and has rocked the stages ever since. During her career, she has worked with notable artists such as Know Chandler, Don Short, and Reeves Gabrels. Her last album ‘Beautiful Things’ was released in 2004. 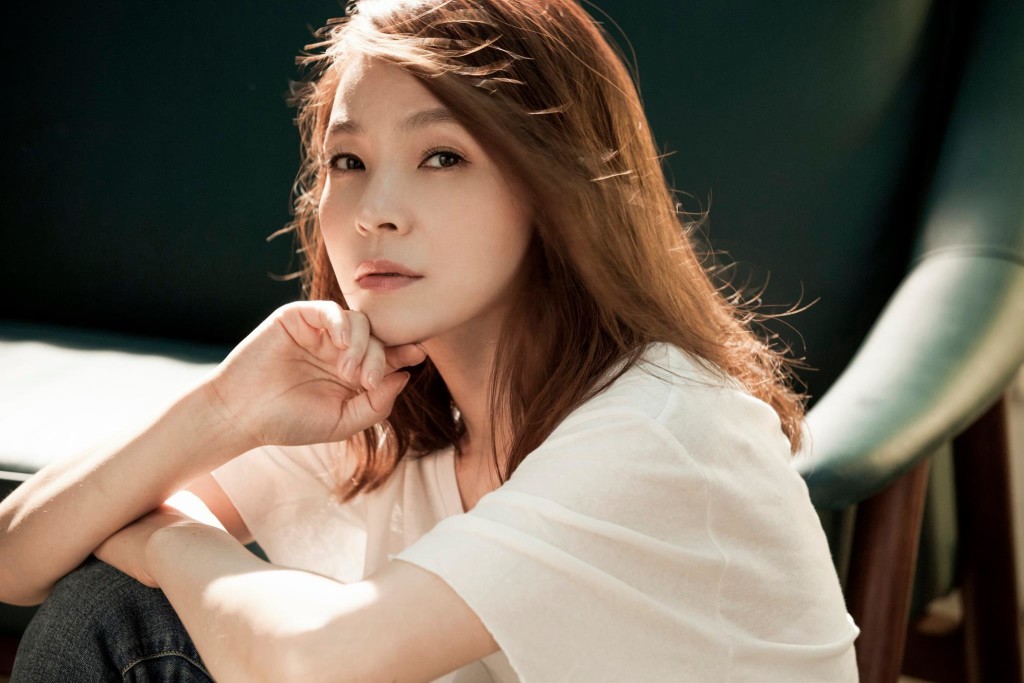 Cho Hyeri, stage name WAX, is a pop singer and actress. She debuted in 1998 as a part of a band and went solo in 2000. Wax has also released several albums and songs for drama OSTs. She won several awards, including KBS´s ‘Singer of The Year’ in 2001 and ‘18th Golden Disk Award‘ in 2003. 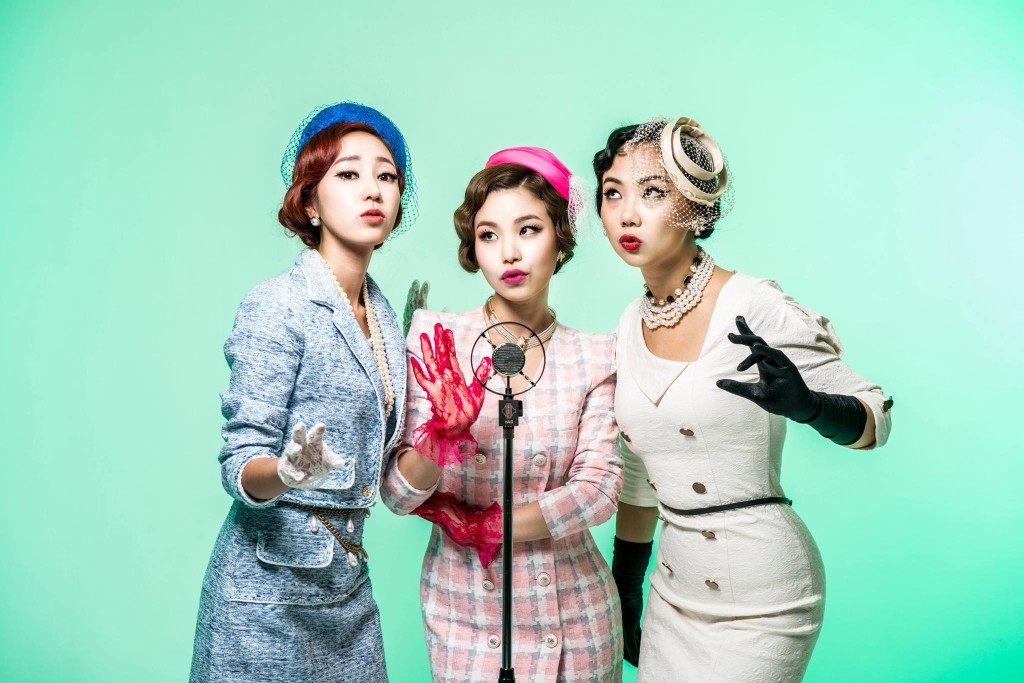 This female trio debuted in 2012. They are inspired by the retro era and are often referred to as a “time slip group who travel back to times of barhershop music.” Their first OST song ‘Sweet Lies’ was released for the drama ‘Prime Minister and I.’ Their first album ‘The Barberettes Volume 1′ was released in 2014. 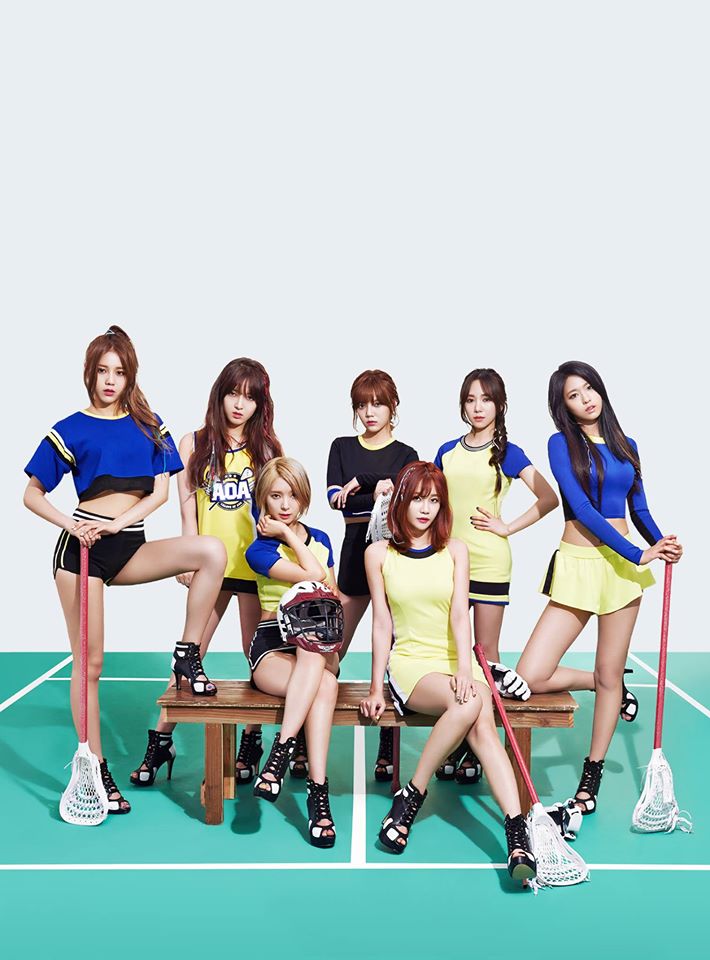 The group debuted in 2012 as an eight-member group but now promotes as a seven-member idol group. Their debut song ‘Elvis‘ has introduced the members as angels who fell on earth. Since then, they have released several songs that became instant hits. For example ‘Miniskirt‘ with more than 36 million views or ‘Like a Cat‘ with a little over 30 million views. You can get to know more about the members through their variety show ‘Open Up! AOA’ or ‘OnStyle Live—Channel AOA.’ 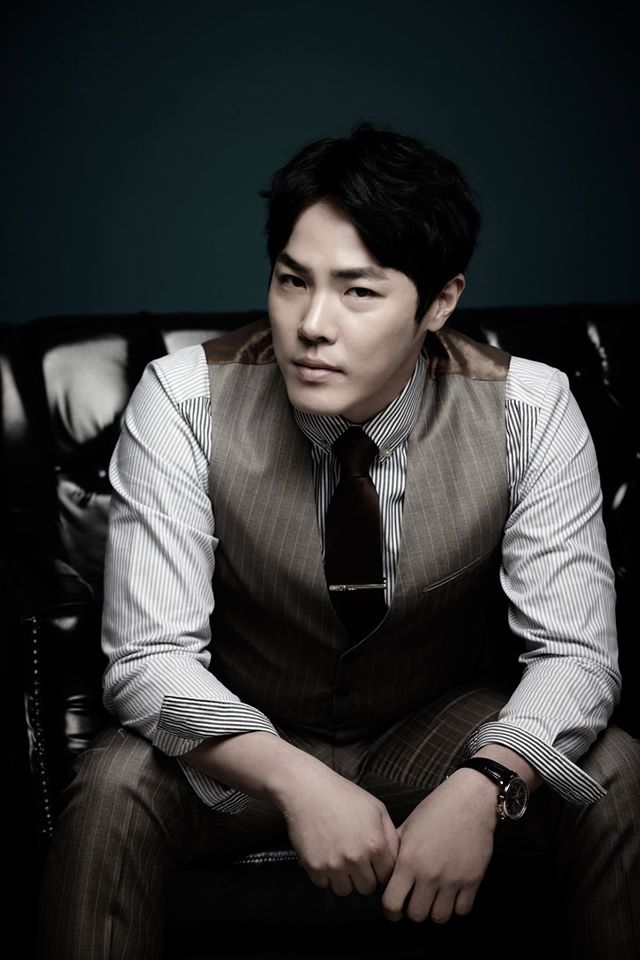 Wheesung is a R&B singer and record producer. He began his career in 1998 and has collaborated with a wide variety of artists. Wheesung has sang many OST songs, for example ‘Road of Tears’ for the drama ‘The Moon Embracing the Sun.’ He has also composed many hit songs for other artists, ie. ‘Her’ for Lyn, ‘Hero’ for Sori, and ‘My Baby’ for Kim Bum Soo. 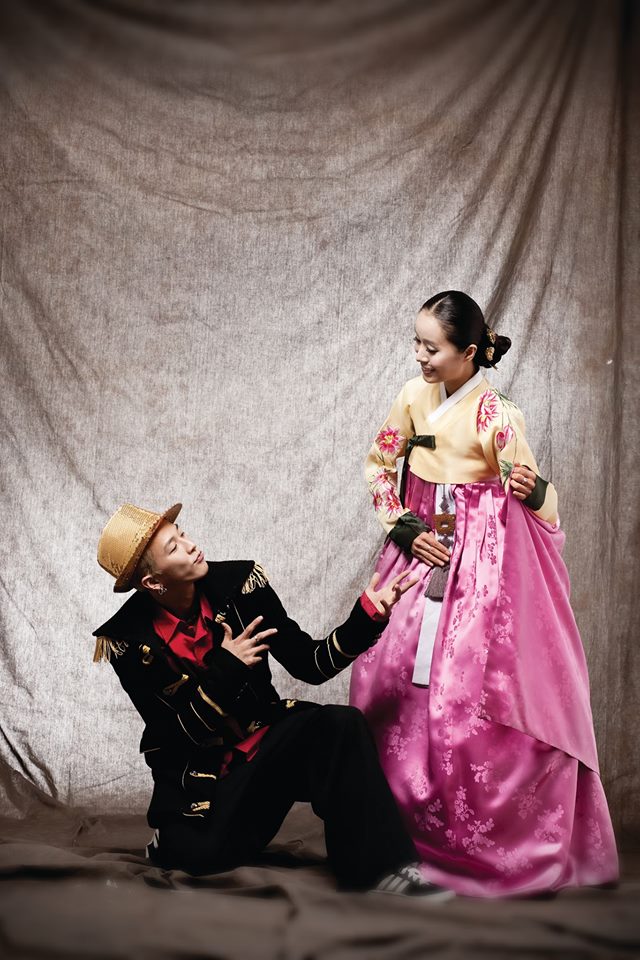 Nam Hyunjoon, stage name as Poppin Hyunjoon, is a contemporary dancer known for his popping techniques. He is a former rapper of the Young Turks Club. Nam Hyunjoon is considered to be one of the most known popping dancers in the breakdance world. He has been hired as the choreographer and trainer for many dance groups.

Park Aeri is a Korean folk singer. She married Hyunjoon in 2010. How will the stage with one of the best popping dancers and a folk singer look like? Find out at KTMF!

Korea Times Music Festival will take place in Lost Angeles on May 7, 2016. The venue picked for this event is Hollywood Bowl that can seat a little over 17,000 fans.
Ticket starts at $30, and you can buy them after registering on the KTMF site. The seating chart is as follows: 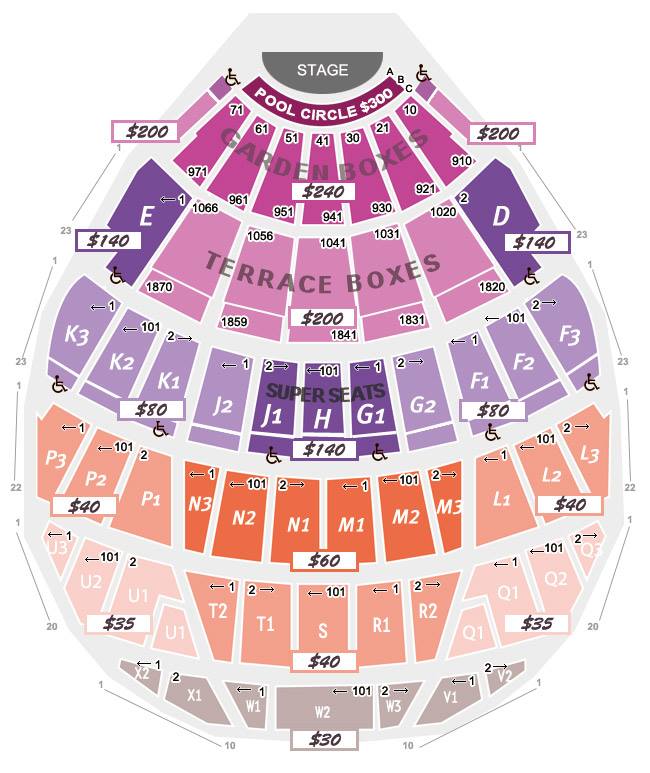