Get ready for Wanna One’s concert in Melbourne – it’s only 10 days away!

Get ready for Wanna One’s concert in Melbourne – it’s only 10 days away!

Get ready, Wannables! Wanna One‘s only concert in Australia for their <ONE: THE WORLD> world tour is only 10 days away! The group has just performed in Bangkok, Thailand, and the next stop is Melbourne! They will be performing at Hisense Arena on August 17th (Friday) at 7:30pm AEST.

Wanna One was formed through Mnet‘s second season of ‘Produce 101′. They officially debuted on August 7th with their hit ‘Energetic‘. They are currently celebrating their first anniversary as a group. The Swing Entertainment group recently made their comeback in June with their title track ‘Light‘ and album ‘UNDIVIDED‘. 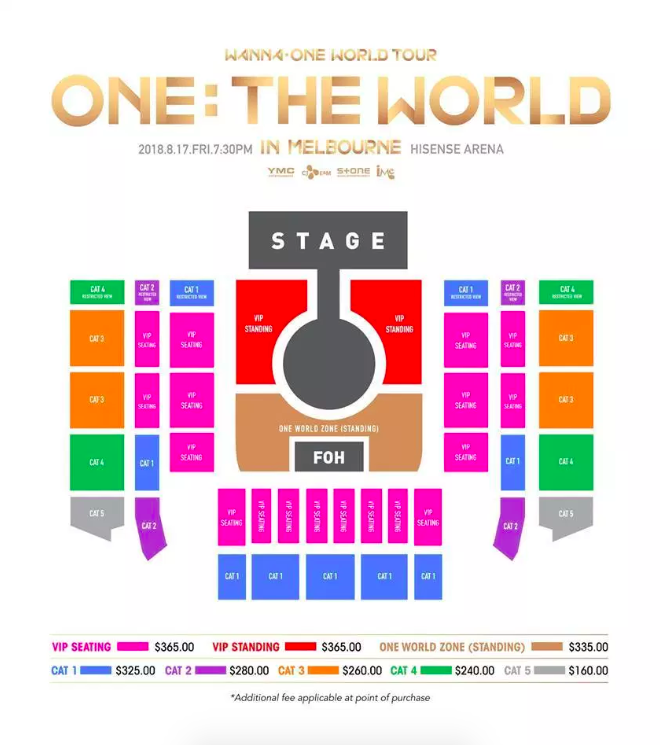 Ticket prices range from $160 AUD to $365. There are five categories of tickets, VIP seating, VIP standing and One World Zone (standing). All VIP, One World Zone and Cat 1 ticket holders stand a chance to win soundcheck passes. These lucky ticket holders will have exclusive access to the group’s soundcheck, which will surely be the experience of a lifetime. The winner will be chosen through random ticket selection. The winners will be announced on IME Australia social media platforms five days before the day of the concert. You can purchase tickets here. Currently, VIP standing and Cat 5 tickets have sold out. Every other category has a limited amount of tickets, so get your tickets as soon as possible!

Check out Wanna One’s concert teaser for Melbourne below!

Ticket holders can look forward to performances of ‘Energetic‘, ‘Boomerang‘, ‘Light‘, and even some of their hits from their time on ‘Produce 101‘ like ‘Never‘. Fans will surely have a blast at this group’s only concert in Australia! The boys will definitely put on a good show for their fans here.

Wanna One has also released a special greetings video for Australian Wannables. It starts with a short clip of some of their MVs like ‘Boomerang‘ before it moves on to a group introduction. Members Daehwi, Sungwoon, Daniel, Jaehwan and Jinyoung are the ones who actually greet the fans. They seem very excited to interact with their Australian fans.

If you haven’t purchased tickets yet, you can still do so here! Are you ready for Wanna One‘s concert in Melbourne on August 17th? Let us know in the comments below!