Young Bros has announced that Victon are the next group coming to Europe this Fall for an European tour. The group consists of 7 members: Seungwoo, Seungsik, Heochan, Sejun, Hanse, Byungchan and Subin. They all debuted as Victon in 2016 and they gathered a lot of fans not only in Asia, but across the whole world.

The group´s first album ‘Voice to the New World‘ with its title track ‘What time is it now‘ showed their growing potential and by the time they released their latest album ‘From. VICTON‘ their fanbase grew rapidly. The latest single release ‘Time of sorrow‘ has now more than half a million views on YouTube.

The boys are going to perform in the below cities: 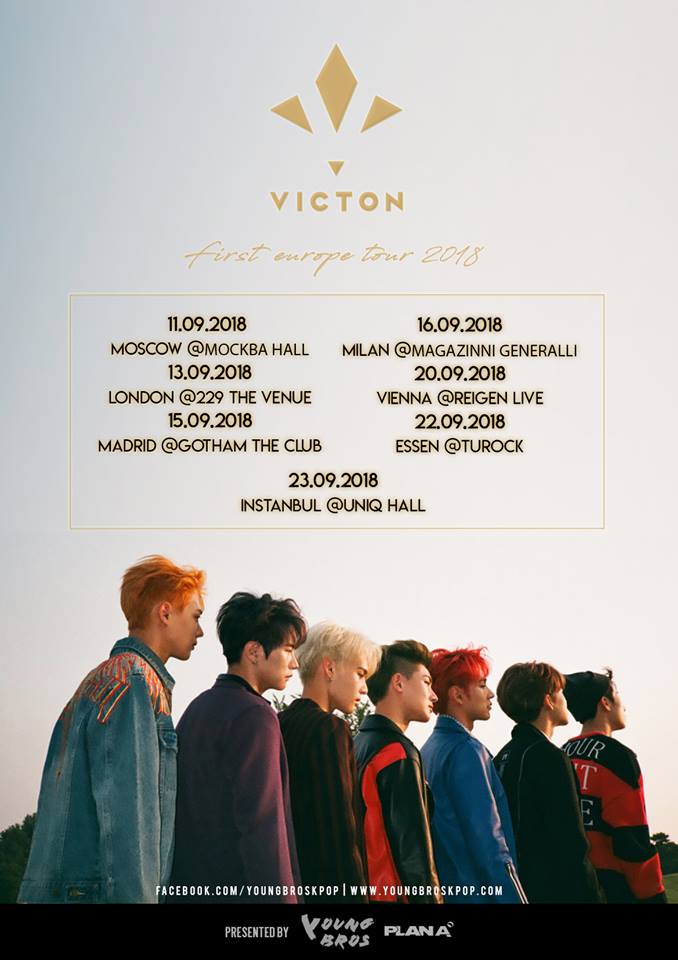 Source: Young Bros
Written by: Terry ALS
Thanks for rating this! Now tell the world how you feel - Share this on Twitter and on Facebook.
(Nah, it's cool; just take me back.)
MOODTHINGY
How does this post make you feel?

Scroll for more
Tap
Nucksal is making his way to Melbourne for one night only!
Get ready for Wanna One’s concert in Melbourne – it’s only 10 days away!
Scroll
Loading Comments...