In the photos, she wore a white off-the-shoulder dress and sported a wavy hair. The photos drew attention for her well-formed, clear facial features and slender figure – resembling a doll. Notably, she was using a Samsung phablet for the selca, roughly at the same size of her face.

Netizens commented, “How cute,” “Looks just like a doll,” “Pretty,” and “She got bored so she’s playing by herself?”

Girl’s Day appeared on MBC‘s  “Weekly Idol” on December 19 and revealed their bright and honest charms. 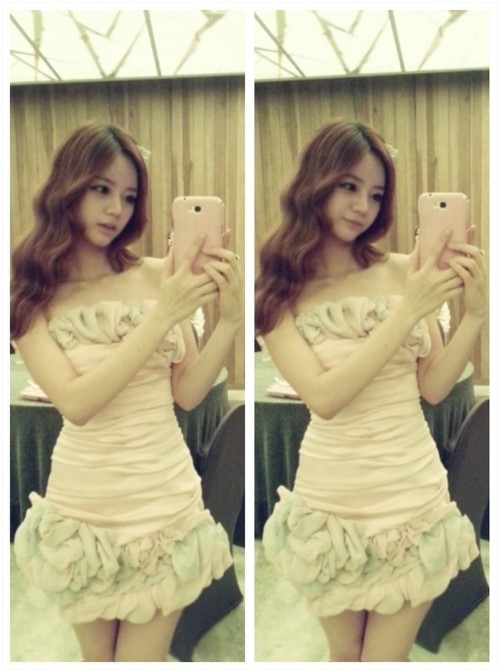