KARA‘s Goo Hara has been receiving a lot of attention lately, with her own reality show “HARA ON&OFF” that started in January and her MC role on “A Style For You“.  Now she has reached the ultimate recognition of her talents: a solo debut album.

Her first mini-album “Alohara” will be released on July 15, and in order to give the fans a hint on what to expect, she revealed the album cover and a teaser picture that is a bigger version of the cover photo.

The cover shows Hara in a cute pink shirt under the rain, and features many words written in cute handwritings. The phrase “Can you feel it?” appears a lot, hinting that it will be the English name of her title song, which had been translated to “How Is It?“.

The title song had been deemed unfit for broadcast by KBS because of its lyrics that they claim illustrate sexual behaviors and DSP Media is deciding whether to edit the lyrics or not. When we see the album cover, it seems weird that Hara will talk about such things with such a cute concept, but as we see the teaser image, we notice that’s way sexier than the cover version: 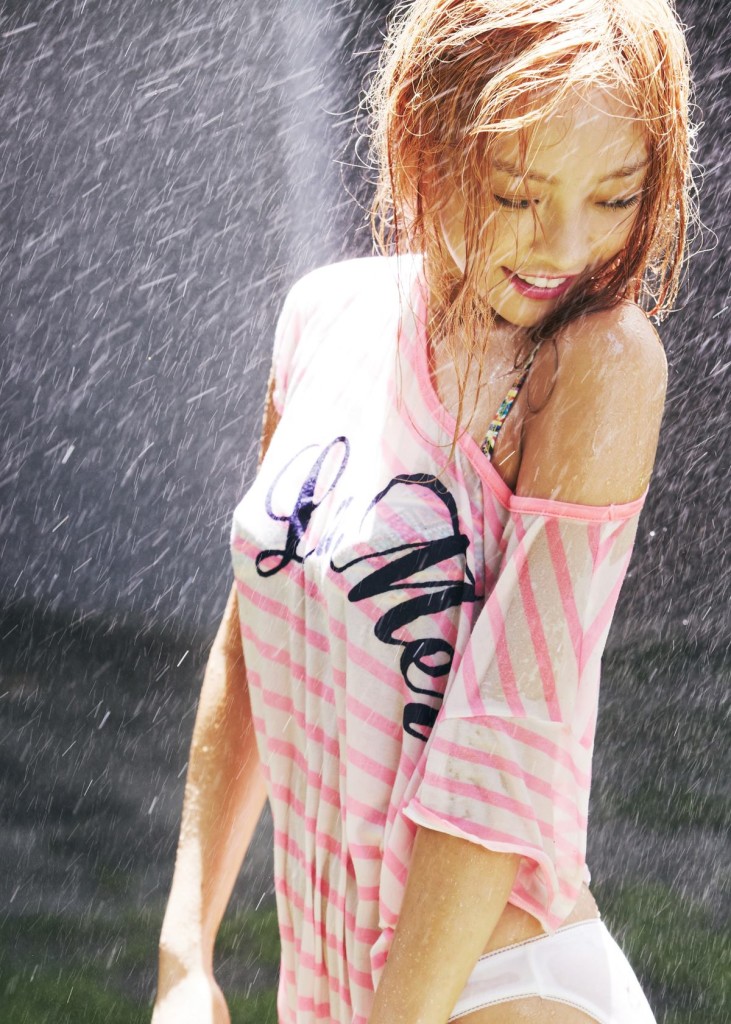 We hope Hara releases more flawless teaser images to raise our expectations even higher for her solo debut album. While we wait, let’s watch the solo music video for “Secret Love” which she made for KARA’s special solo collection album two years ago:

Are you excited for Hara’s solo debut? Stay tuned to Officially Kmusic to check it out!