GOT7 Announces Comeback For September!

GOT7 Announces Comeback For September!

After finishing up their recent world tour, JYP Entertainment announced that GOT7 will be continuing their album series with a comeback set for this month. The group Facebook, as well as the company Facebook both posted a photo titled ‘FLIGHT LOG: TURBULENCE‘. 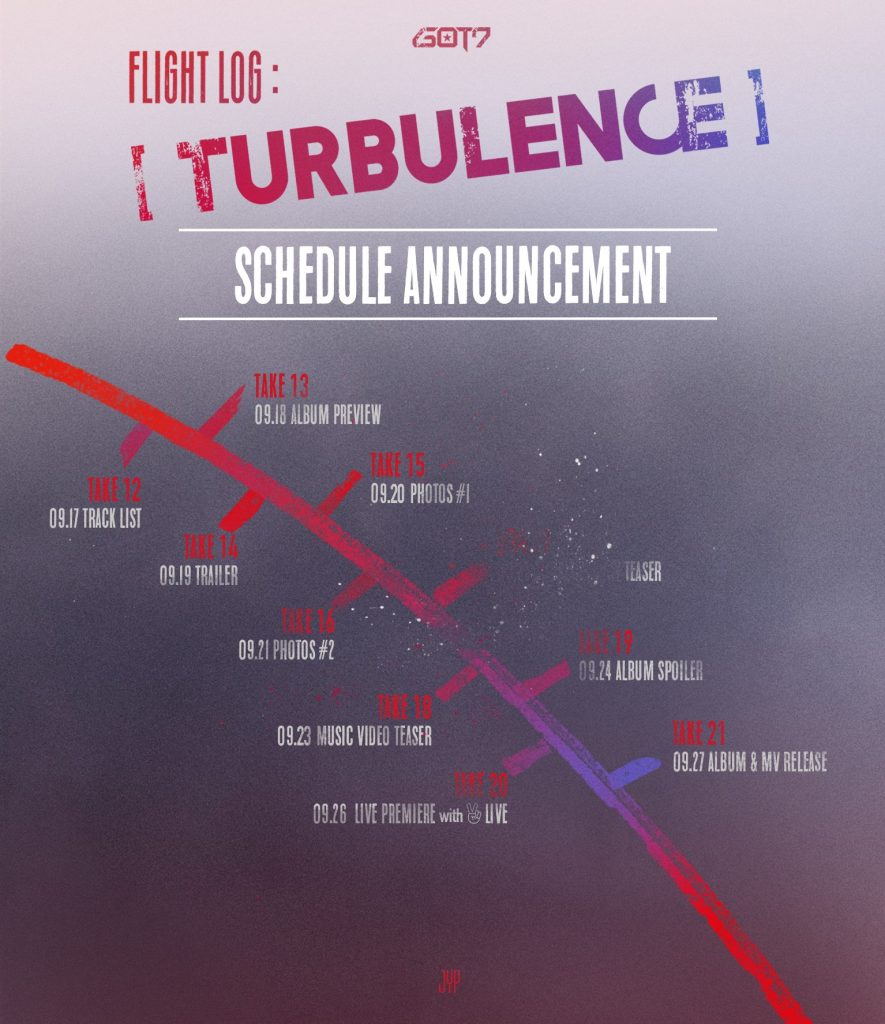 Teasers for the comeback begin on September 18th, and will end with the album and music video release on the 21st. This is a continuation of their album ‘FLIGHT LOG: DEPARTURE‘. The group told fans about their planned comeback for this month during the final show of their tour in Seoul. While fans expected the official announcement, it is safe to say everyone is still recovering from 2PM‘s recent comeback.

Meanwhile, group member Yugyeom is showing off his dance skills on Mnet’s ‘Hit The Stage‘. The group also just announced a series of fan meetings for Canada!

September is a very active month for comebacks. Are you excited for Got7’s comeback? Tell us in the comments below!

For all the latest comeback news, follow Officially KMUSIC for news on all your favorite groups!