K-EXCLUSIVE: GOT7 Brings Their ‘A’ Game to Dallas!

K-EXCLUSIVE: GOT7 Brings Their ‘A’ Game to Dallas!

It’s a fiery summer night. Summer is in full swing with the sweltering Texas heat, but the Verizon Theatre is alive with enthusiasm and excitement. It’s GOT7 1st concert tour “FLY IN USA” opening night in Dallas, TX, and fans are teeming with anticipation to see the 7-member boy group from JYP Entertainment despite the absence of main vocalist Youngjae, who was battling a fever.  With members hailing from South Korea, Thailand, USA, and Hong Kong: Leader JB, Mark, Yugyeom, Junior, BamBam, Jackson, and Youngjae, GOT7 has created a strong international fanbase their musicality and ability to communicate with international fans. First debuting with the song “Girls, Girls, Girls,” GOT7 has released hit after hit. For their work in 2014, GOT7 has won Best New Artist Group at the Seoul Music Awards and received nominations at the 29th Golden Disk Awards. Their latest title track “Fly” is from their album ‘Flight Log: Departure.’ Now it’s 7:30 pm on July 1st. Let the show begin! 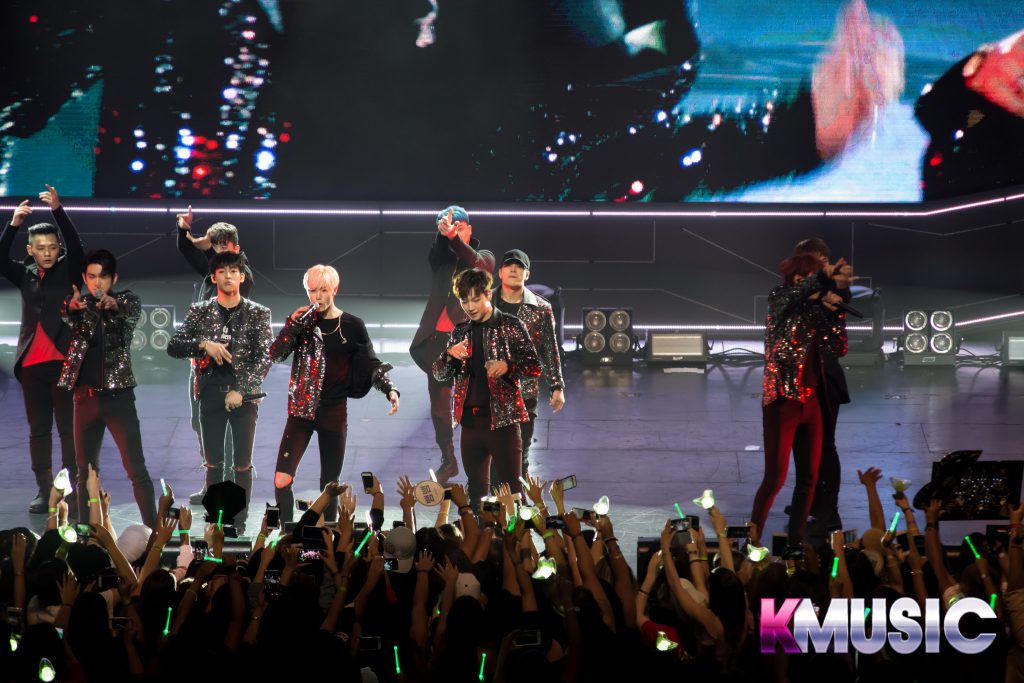 Without further ado, GOT7 kicks off the night with “Put Em Up” that riles up the audience to put their hands up and just dance it out with the boys. Fans are all too happy to continue the energy with “Turn Up the Music” where the members beckons the audience to bounce up and down to the chorus. If you weren’t on your feet during the first song, this catchy bop got you out of your seats real fast. Once properly riled up, fans were treated to their debut song “Girls, Girls, Girls” which brought IGOT7s on a trip down memory lane. Even three years into their debut, the members perform with the same energy as their debut stage, performing their dance number and tumbles with that familiar brand of GOT7 swag. 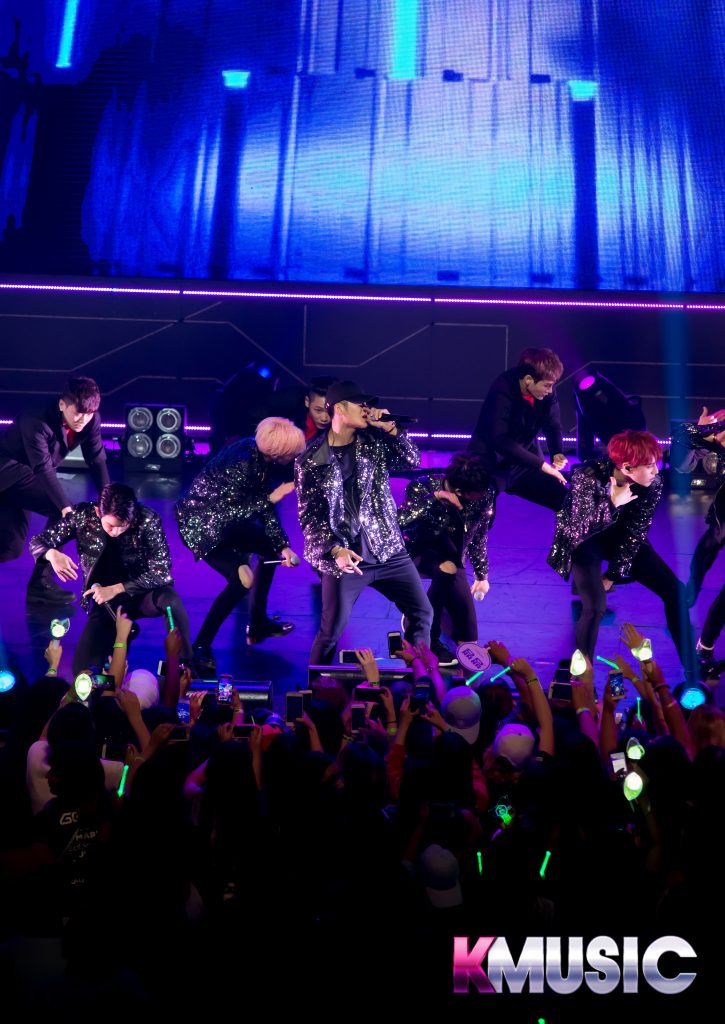 After three songs of bass-thumping dance anthems, GOT7 indulged their fans with a sweet melody in “Back to Me,” crooning their way into fans’ heart to come back to them. It’s hard to resist the boys when they are promising you are their only ones in their heart. The boys don’t let up on the fans when they continue onto “A,” an obvious fan favorite. GOT7 kept the show going with easy-going demeanors and playful boy-next-door smiles.

Next came the special stages. Decked out in confectionary-colored suits, Mark and Junior became a delectable unit, combining rapper and lead vocalist. Armed with sugar-coated smiles, they were unstoppable with their saccharine performance. Shortly afterwards, JB braved his solo without his duet partner, main vocalist Youngjae. Despite the obvious absence of Youngjae, JB delivered a commendable performance. When JB hit the climax of the special stage, fans were eager to show their support for the leader of GOT7. Then came the finale of special stages in the form of Jackson, BamBam, and maknae Yugyeom. In thrones reminiscent of seniors Big Bang, the trio immediately commanded the attention of fans, delivering body rolls and hard rapping. As one of the most anticipated special stages, the trio did not fail to deliver a solid performance, aptly combining vocals and rap lines. 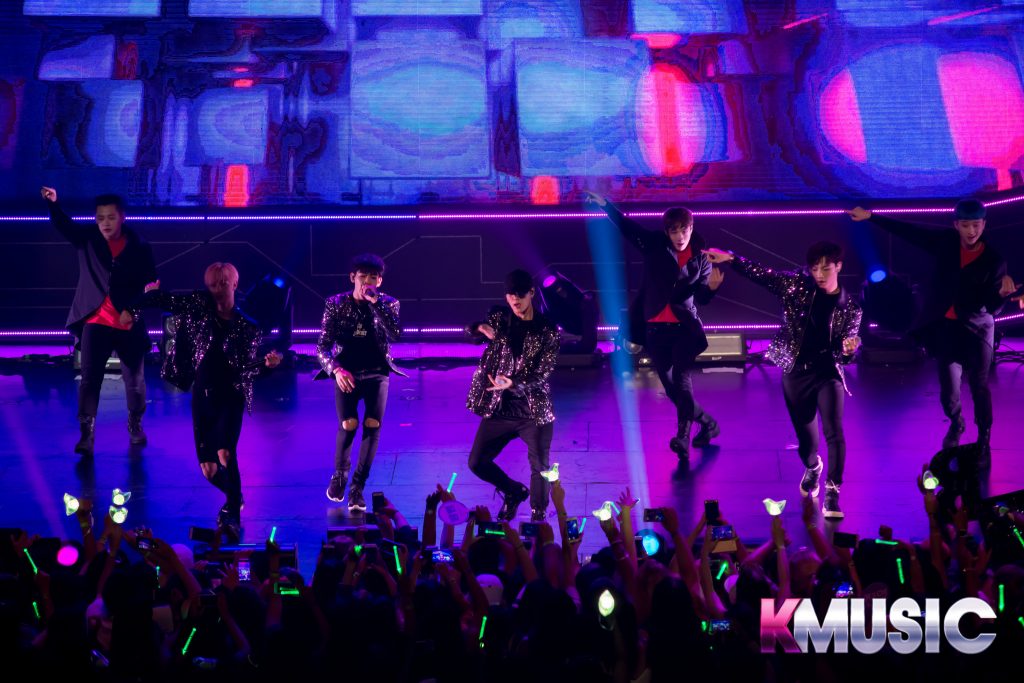 Serving as an intermission was the interactive VCRs, where GOT7 challenged randomly selected fans to dance along to signature dance points. In a poignant moment, GOT7 incited a fan chant of their missing member Youngjae. Though he may be missing from their first concert stop, his presence is sorely missed. And in a lighter moment, Bambam lived to his obsession with the current trend of dabbing. 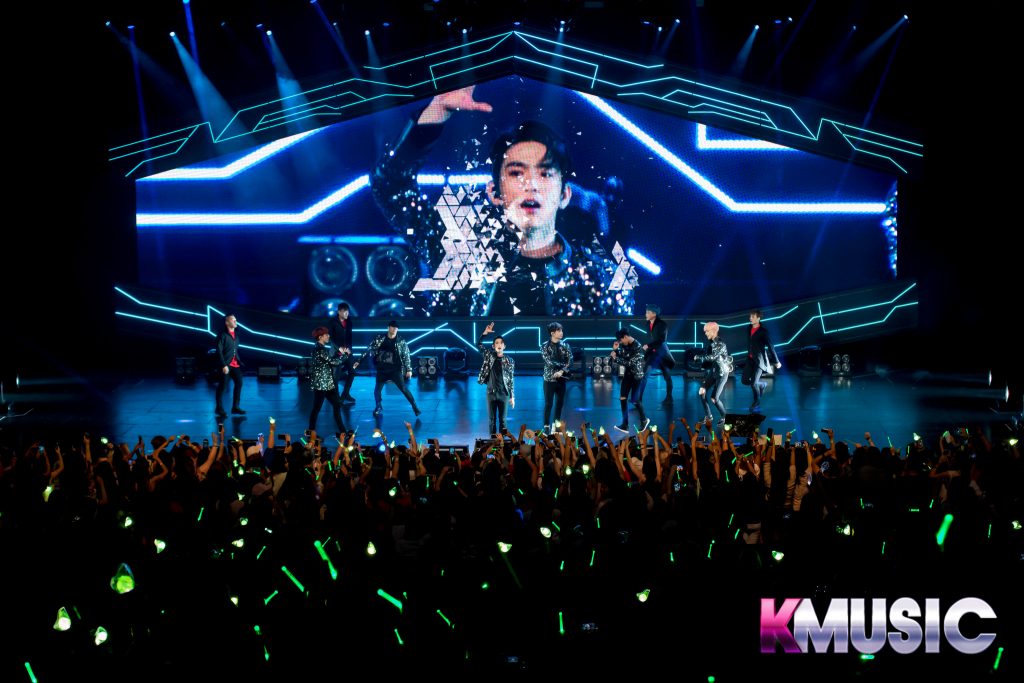 From the intermission, GOT7 smoothly transitioned into their latest album, performing songs like “Fly,” “Home Run,” “See the Light,” and “Rewind.” Fans were especially encouraging to GOT7 by following along the lyrics in a language foreign to English. And to the delight of IGOT7s, GOT7 did not forget to indulge fans to a solid performance of “Just Right” and “If You Do,” switching from playful demeanor to full on dark and brooding manner. 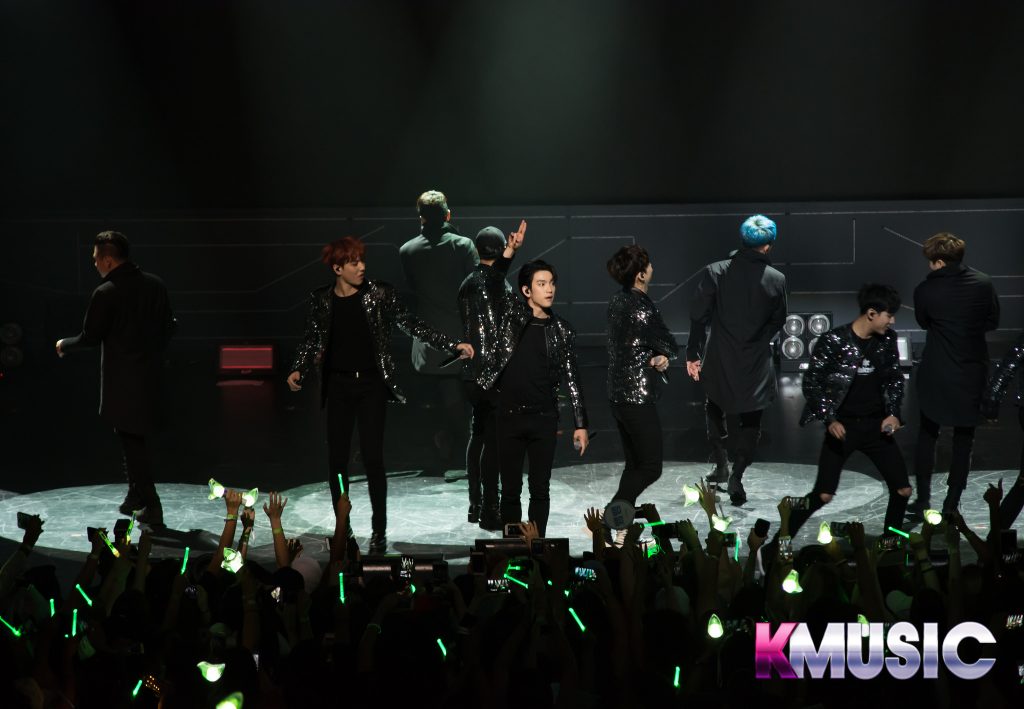 Finally, the night must come to a close. In a cumulation of all of GOT7’s discography, the boy group ended the night with “Follow Me” and “Bounce.” As a thank you to fans who traveled from all neighboring regions of Texas, GOT7 delivered estounding fanservice. Tirelessly taking selfies with fans’ phones and Polaroids, the members’ smiles and bows never once faltered, thus concluding the first stop of GOT7’s first concert in the states. 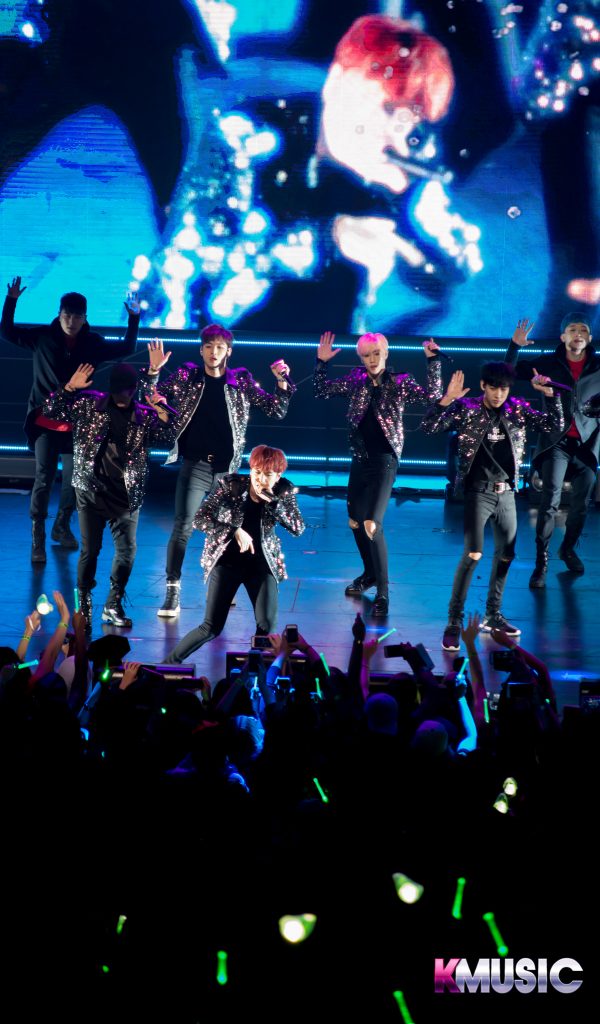 Though this was not the boys’ first appearance in Dallas, they delivered an unforgettable experience to fans and Kpop listeners. Delivering solid performances one after another, GOT7 paid respect to their ailing member Youngjae by leaving his part unsung. As all magical nights must come to an end, GOT7 promised to reunite with their fans in the future and thank their patience with new music.  Until then, we can look forward to how GOT7 pushes the boundaries of Kpop and the subsequent concert experience.

Stay tuned for our exclusive photo gallery as well concert coverage on their next stop, Chicago!