As GOT7 gears up for their comeback, fans are being treated to the first few teasers for their fourth mini-album ‘Mad’!

The boys of GOT7 will be making a departure from their previous cutesy boy concept to a more manly image with this comeback. This is evident in the teaser photos as there is a more grungy feel to the setting and the members are seen with serious expressions. 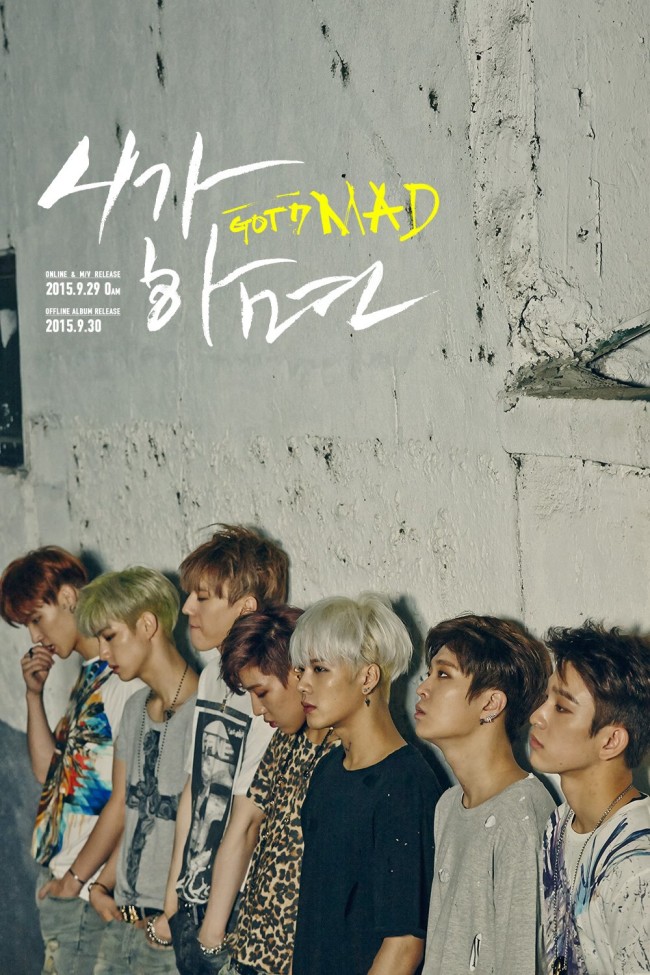 It has also been revealed that their title song for this comeback is not from JYP Entertainment‘s Park Jin Young like their other songs but from the producing team Black Eyed Pilseung. Black Eyed Pilseung has been involved in producing multiple hit tracks such as SISTAR‘s ‘Touch My Body’ and miss A‘s ‘Only You’.

Be sure to keep checking in with Officially KMusic for more on GOT7’s comeback and other K-Pop news!