Got7’s JB and B.A.P’s Youngjae Are Next On Celebrity Bromance!

Got7’s JB and B.A.P’s Youngjae Are Next On Celebrity Bromance!

MBC Mbig TV’s web show, ‘Celebrity Bromance‘ has become immensely popular with fans and celebrities alike. The latest bromance couple to join the cast is none other than Got7’s Leader, JB, and B.A.P’s lead vocalist, Youngjae!

The two have been friends for years preceding their respective debuts as they were both JYP Entertainment trainees at one point. Youngjae subsequently moved to TS Entertainment and debuted with B.A.P in 2012. JB later debuted with GOT7 in 2014.

Recently, B.A.P made a comeback with ‘Skydive‘ and their full album, ‘Noir‘. JB on the other hand, will be releasing a holiday duet with label-mate Baek A Yeon, on November 30th. 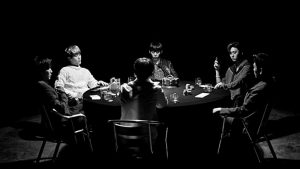 JB and Youngjae reportedly filmed for the show on November 21st and the first episode will be screened on November 29th at 11pm KST, through Naver TVCast and YouTube.

Most recently we saw B1A4’s Gongchan and Vixx’s Hongbin display their friendship. So, are you ready to see what JB and Youngjae get up to?

Stay with Officially KMusic as we keep you updated on the latest from the world of Korean Entertainment!